A footballer who has made it his mission to send a four-year-old boy to the US for life-saving treatment is set to take on the English Channel – by kayak.

Liam Scott has spent most of the last year undergoing gruelling treatment for neuroblastoma, a rare cancer affecting around 100 UK children each year.

And while the end of his treatment is finally approaching, there is a high chance the cancer could return.

If it comes back, Liam, from Sevenoaks in Kent, would be left with just a 10% chance of survival, his mother said.

An experimental vaccine could prevent the disease coming back but it is only available in New York and will cost £232,000. 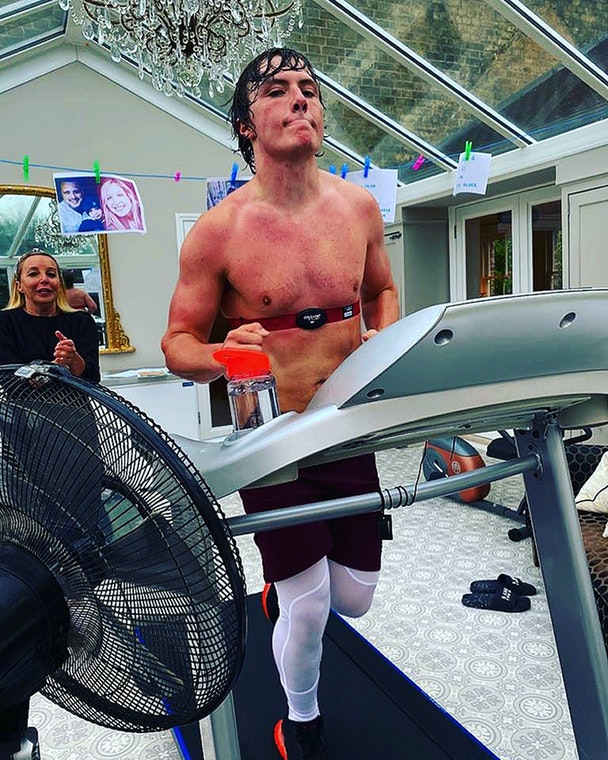 Footballer Charlie Holmes, who before the lockdown had never met Liam, has dedicated himself to ensuring the family-of-four hit their fundraising target before time runs out.

Now he and Liam’s father Mike Scott are preparing for a daring new challenge they hope will be the last push for the funding – kayaking across the English Channel next week.

Mr Holmes, 21, told the PA news agency: “I am not gonna lie, I am really scared, it’s out of my comfort zone.

“Obviously I have been in boats but there’s a difference between being on a boat and being on a plastic kayak crossing the Channel.”

He said it would be the “best feeling” to arrive at Dungeness beach after the crossing to hear that they have hit the fundraising target.

Earlier this year he completed a gruelling 140 miles of running in 14 days, all streamed live on Instagram during lockdown.

The former Dagenham and Redbridge player added: “I have always been that person where if I say something I will stick to it.”

For it to have the best chance of success, Liam needs to have the vaccine soon after finishing his immunotherapy treatment in August.

Mother Claire Scott, 40, told the PA news agency: “Team Liam has worked really hard pulling this together and we want to get to that final amount so that we can send Liam to New York to have the life-saving vaccine.

“It’s so important he goes there. This is the final push.”

She paid tribute to Mr Holmes and his family, saying: “He has been for us all the way.

“He said he’s never going to give up and he has stuck to those words.”

The Channel crossing is scheduled for Tuesday but depends the weather.