Forum puts focus on women in the workplace

An increase in female recruitment across the Gibraltar Defence Police and Defence Guard Service was highlighted during the recent Forum for Females, an event organised by the GDP.

Held on October 1, the event was attended by members of the Forum and colleagues from the wider MOD Gibraltar community, with the theme this year being ‘My Journey’.

Among the speakers was Together Gibraltar party leader Marlene Hassan Nahon, who discussed her professional journey. 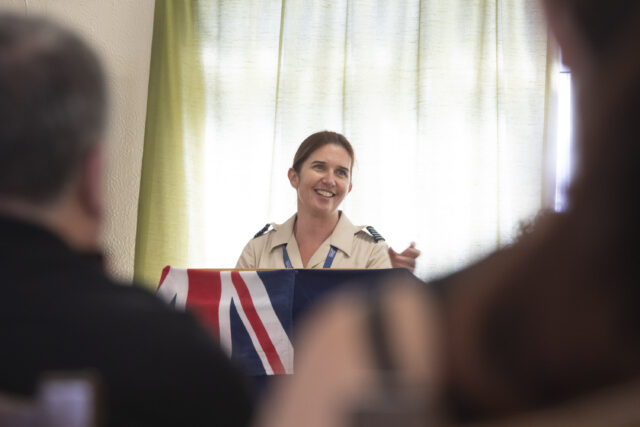 The Together Gibraltar leader was joined as a guest speaker by RAF Gibraltar’s Station Commander, Wing Commander Annella Doherty, with both ladies speaking about their personal experiences within the workplace, as well as how they arrived at their current roles and how they achieved success in their respective fields.

Mrs Hassan Nahon said: “The fight for the further integration of women in the workplace, both here and in the world of politics, is a really worthy and necessary fight.”

“It’s crucial. It’s crucial for us, for our world and for the future world of our children and grandchildren.”

Active for over a year, the GDP Forum for Females provides a platform for discussion across all areas of the GDP.

The group runs focus groups with other colleagues within the force to openly discuss any issues affecting all members.

A number of its key objectives have already been achieved, such as increasing the number of women in the GDP and DGS, raising awareness of gender issues and building the self- confidence of women within the workplace.

“The Forum looks forward to continued working with the Senior Leadership Team and building on the good work and positive achievements to date,” HQ British Forces said in a statement.