Fossil is ‘missing link’ between modern starfish and their ancestors – study

By Sam Russell
A 480-million-year-old fossil found in Morocco is a “missing link” between modern-day starfish and their ancestors, a scientist has said.

The fossil, discovered in the Anti-Atlas mountain range, captures the early evolutionary steps of the animal at a time in Earth’s history when life suddenly expanded, a period known as the Ordovician Biodiversification Event.

The fossil species has an intricate design, with feathery arms akin to a lacework.

The origin of starfish has eluded scientists for decades but the new species is so well preserved that its body can finally be mapped in detail and its evolution understood, according to researchers. 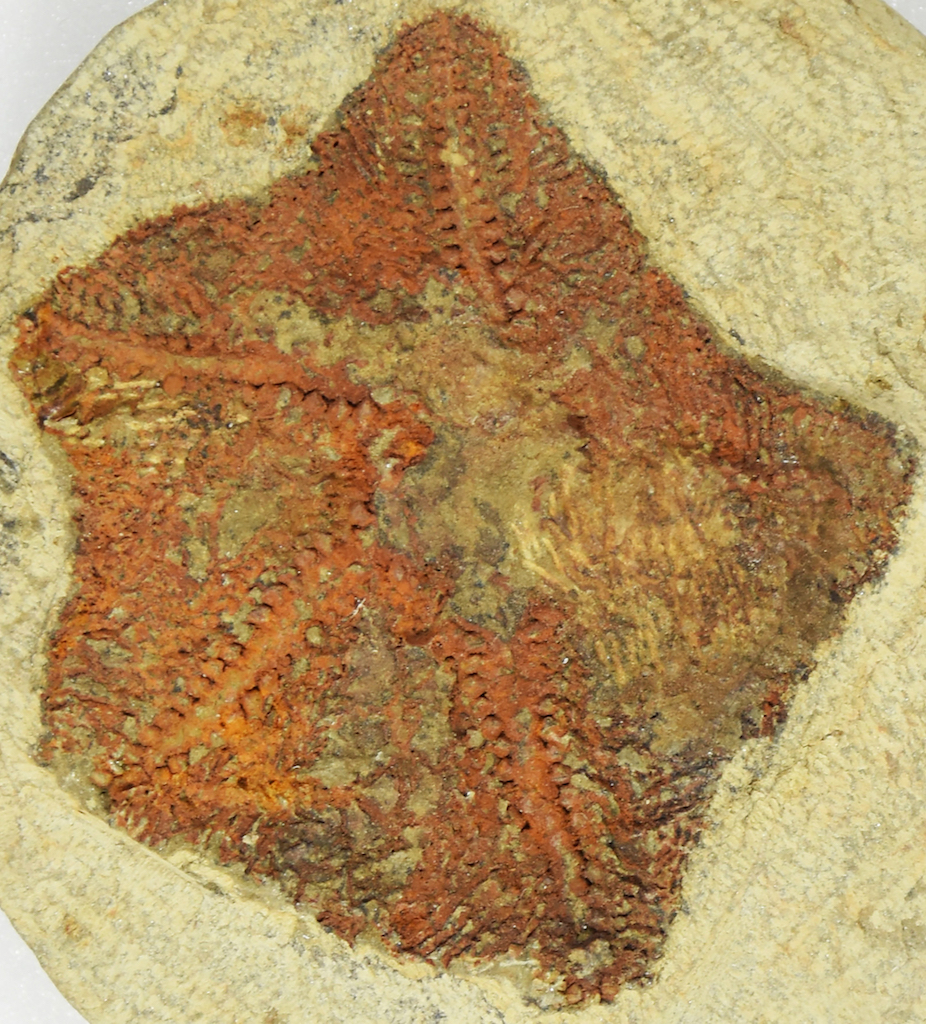 The species, named Cantabrigiaster fezouataensis, is the earliest starfish-like animal, according to a study published in the journal Biology Letters.

“If you went back in time and put your head under the sea in the Ordovician, then you wouldn’t recognise any of the marine organisms – except the starfish, they are one of the first modern animals.”

The fossil lacks roughly 60% of a modern starfish’s body plan, with its features instead a hybrid between those of a starfish and a sea lily or crinoid – not a plant but a wavy-armed filter feeder which fixes itself to the seabed via a cylindrical “stem”.

Scientists can now use the fossil as a template to work out how it evolved.

“The level of detail in the fossil is amazing – its structure is so complex that it took us a while to unravel its significance,” said Dr Hunter.

Dr Hunter and co-author Dr Javier Ortega-Hernandez, previously of Cambridge University and now based at Harvard University, examined the new species alongside a catalogue of hundreds of starfish-like animals.

They indexed all of their body structures and features to assess how the fossil species was related to other members of the echinoderm family – a diverse group including sea cucumbers and starfish.

Their analysis indicated that only the food groove – which funnels food along each of the starfish’s arms – was present in the fossil species.

Everything outside this, the extra-axial body parts, was added later.

The study’s authors plan to expand their work in search of early echinoderms.

“One thing we hope to answer in the future is why starfish developed their five arms,” said Dr Hunter.

“It seems to be a stable shape for them to adopt – but we don’t yet know why.

“We still need to keep searching for the fossil that gives us that particular connection, but by going right back to the early ancestors like Cantabrigiaster, we are getting closer to that answer.”
(PA)