The idea for the community allotment was initially proposed by the Command Community Development Manager Sally Crawford at the beginning of 2019, when the relocation of military families from Europa Point to Four Corners commenced.

Ms Crawford saw the gardening project as a way of enabling current residents and new arrivals to meet and mix together.

Additionally, the MoD highlighted the physical and mental health benefits of gardening are well documented and said Ms Crawford was keen to pass these benefits on to the residents. 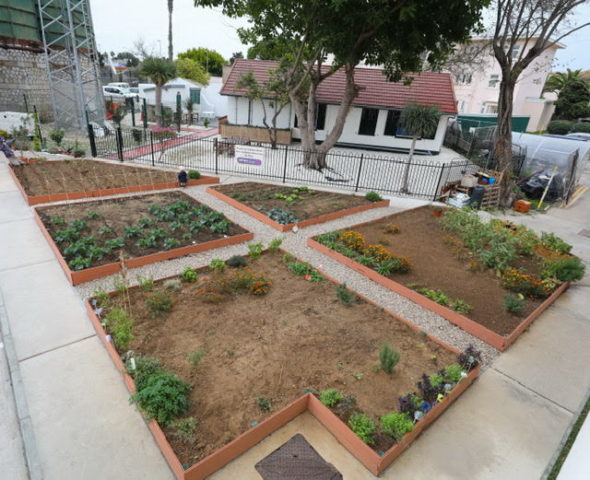 She enlisted the help of Christine Gilder from Alameda Garden’s Community Outreach Programmes to provide horticultural guidance and the idea of a community allotment came to life.

With the project approved, the building of the allotment began in earnest and Ms Crawford started recruiting a team of volunteers.

The allotment team was formed. With advice and guidance from Nicola, Alma and Jessica - the Community Support Team at HELM Point – the team began applying for grants to progress the project.

The team were delighted to receive their first donation of £200 from Father Danny Hernandez, Command Chaplain from King’s Chapel. This was followed by grants from BFBS (£950), GAF (£800) and SSAFA (£700).

With advice from Christine Gilder and Emerson Gonzalez, the Head Gardener at Four Corners, seeds and compost were purchased and the community youth clubs took on the task of growing some of the very first herbs and flowers for the community allotment. 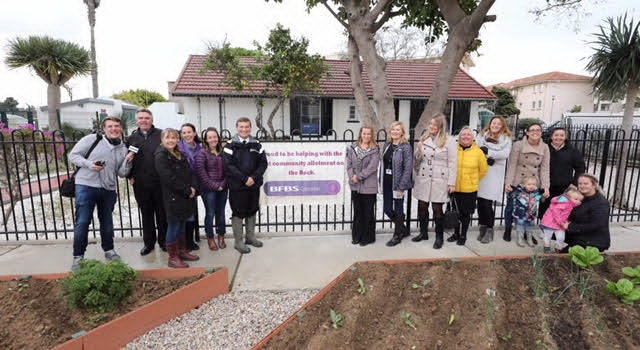 More recently, grants received by the team have enabled some landscaping of the area adjacent to the allotment.

Along with the purchase of outdoor seating and a table, this has created a relaxing area for all of the Four Corners residents to come along and have a go at growing their own crops.