Five people escaped unhurt after a car rolled into the sea in the reclamation area opposite Catalan Bay.

Video circulating widely on social media shows the vehicle pounded by waves on the rocky shorline. 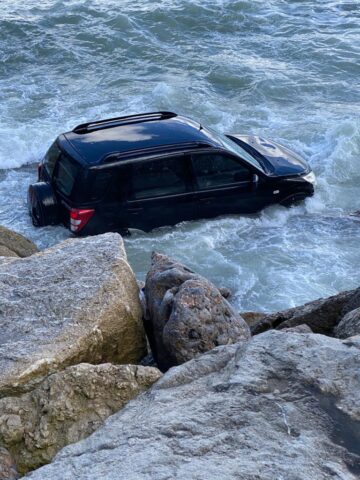 A spokesman for the Royal Gibraltar Police said five passengers managed to get out of the car and sustained only minor injuries.

Officers are investigating how the car ended up in the sea but no criminal activity is suspected.

The Gibraltar Fire and Rescue Service and an ambulance also attended the scene.

EDITOR'S NOTE: An earlier version of this story cited a police spokesman saying there were four people in the car. Police later confirmed there were, in fact, five people in the vehicle, and the article has been updated.