Tomorrow the Friday Night Live Safe Edition led by Dion Mifsud and Nolan Frendo is back and will feature Gibraltar musicians living in London. The event kicks off on Facebook group page at 9pm. A new page has been created: https://www.facebook.com/Friday.Night.Live.Gibraltar/

Speaking from London organiser Dion Mifsud thanked all the artists who were supporting this initiative.

“It is a good thing for the community and they have something to look forward to on a Friday, something different and something live. Importantly we are getting the message of staying home and staying safe,” he said.

He also confirmed that with so many musicians wanting to be a part of this there was already a line up in the making for the following Friday.

In Gibraltar, organiser Nolan Frendo, said the response to the first Friday Night Live had been overwhelming.
“We have a lot of talented musicians in Gibraltar and they all want to take part. This week we are looking at getting maximum exposure to give people something to look forward to and it will be on Facebook, on Youtube, Gibtelcom, Umee and Gibsat,” he said.

Paul Isola, former lead singer with Breed 77, was the first performer to be confirmed and posted a message saying he hoped he would help make everyone’s isolation “a little easier”.

But there are also two familiar names joining the line-up from the UK: Jesse Mclaren and Gabriel Moreno. 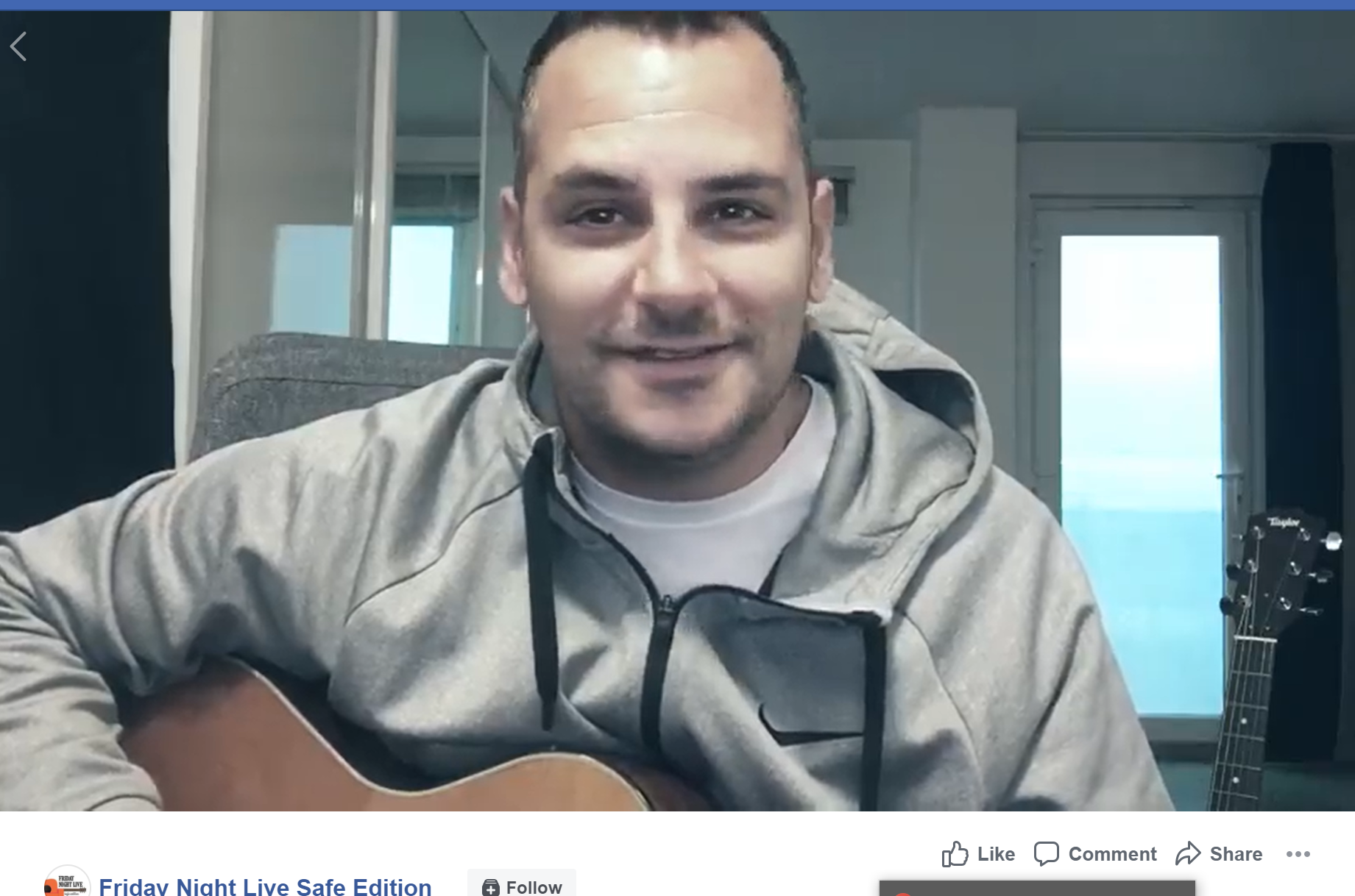 In lockdown and in isolation in London, popular singer Jesse McLaren, is working from home and was the first to post his contribution performing a rocking rendition of ‘Llevame Donde Naci’ on his electric guitar saying he was really excited to be joining the gig.

The concert, he told the Chronicle, was an absolutely wonderful idea.

“How great is it I am in isolation in London yet I can be so close to home and right inside the homes of every Llanito watching,” he empbhasised.

The weather in London, he said, was absolutely beautiful, with spring in full swing, “and we are stuck at home... but for the greater good. This is a time we need to stick together and on the plus side I get to have my guitar next to me at all times.”

His message for all was: “Let's do what we do best, love, laugh and make the best out of every situation and stay at home and stay safe.” 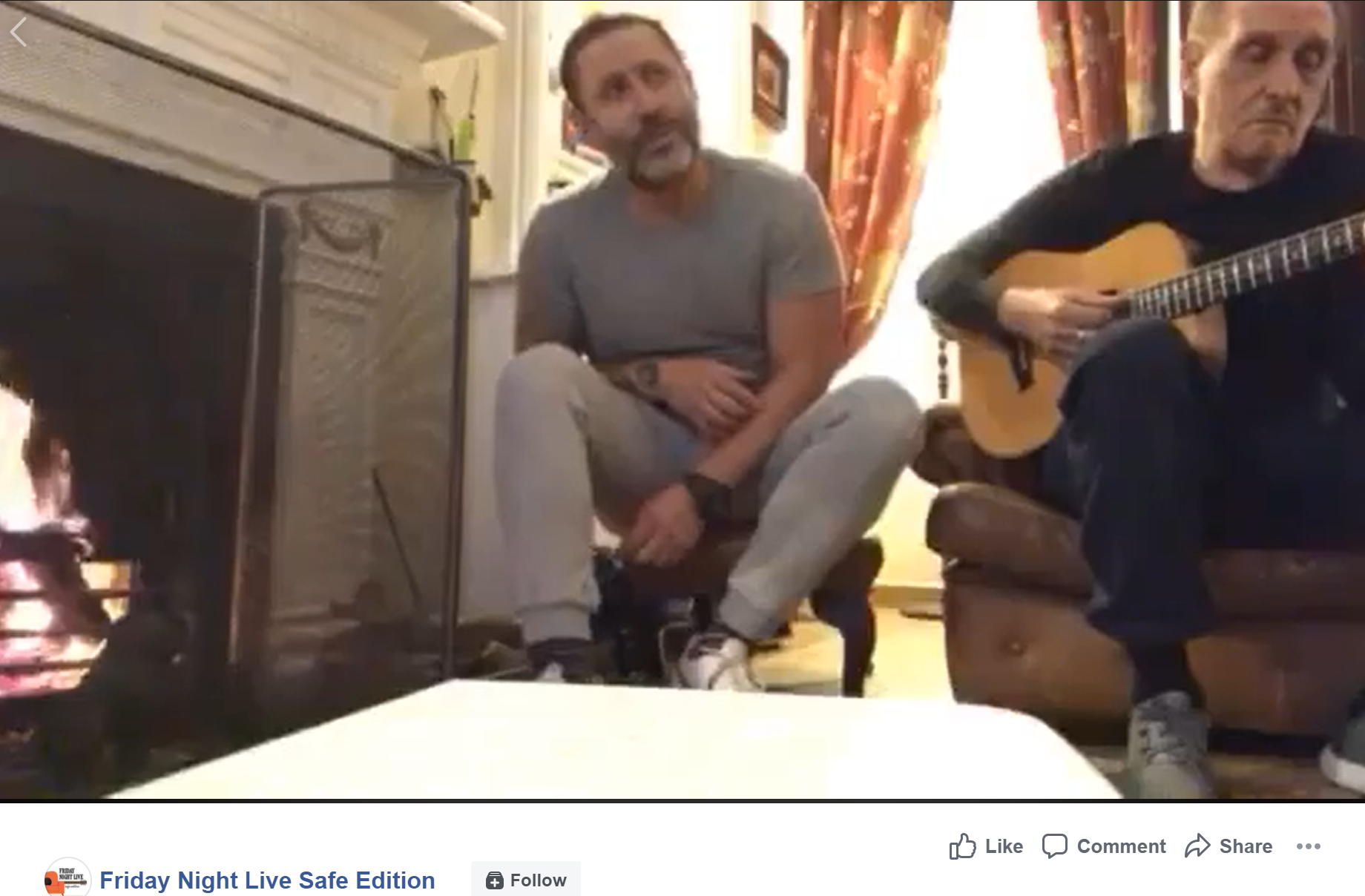 Well-known singer-songwriter who has performed on the Rock in recent times, Gabriel Moreno, also lives in London.
His message to all was also clear: "In a time of desolation we have a responsibility as performers to breathe some fresh air into the internet waves.”

He told the Chronicle he was delighted with this local initiative which showed musicians and organisers were willing to give their time and space “for the greater good".

From Gibraltar we can look forward to singer-songwriter Nigel Palmer who also went live on Facebook on Tuesday accompanied by his dad, the music veteran Guy Palmer, whose birthday it was. Nigel sang happy birthday for him and also delivered a great rendering of the classic ‘Wonderful World’. On Friday Nigel performs with his piano and his message to all: “Let’s all get together and promote this and stay safe.”

Another familiar and popular music name is another established musician, Tiery L Alman.

Nicholas Olivero, one of the new names on the music scene already sent out a message to all young people his age to stage safe and to stay at home, hoping they would tune in to see him tomorrow.

Check it out as from 9pm tomorrow on Facebook and Youtube. You will find it on television on Rock 1 channel. Umee channel 902 - Sofi channel 110 - Gibfibrespeed (Gibsat) speed frequency 602,000.
#StaySafeAtHome #FridayNightLiveSafeEditionGibraltar