Gibraltar darts enjoyed a weekend in which they were able to host both the seniors Gibraltar Darts Open and the Youth Open.
With the Europa Sports Hall made available to the association it was a short walk from their homebase, which is within the sports complex itself to the main hall, providing Gibraltar Darts a unique experience in which they saw not just the use of the new facilities but also the welcome sight of spectators. This being the first time that the Gibraltar Open has been played at the Europa Sports Hall without restrictions on spectator presence.
All the big names in Gibraltar darts converged alongside the many players from across the UK and Spain among other countries who had registered to play. A full hall welcomed those who came to watch from early on Saturday as players warmed-up and prepared for the tournament.
Whilst the youth event was hosted at the GDA’s main home venue, the seniors enjoyed the multiple lane format at the Europa Sports Complex which had already been tried and tested in previous competitions, namely the JDC World Championship events which took place in Gibraltar last year. 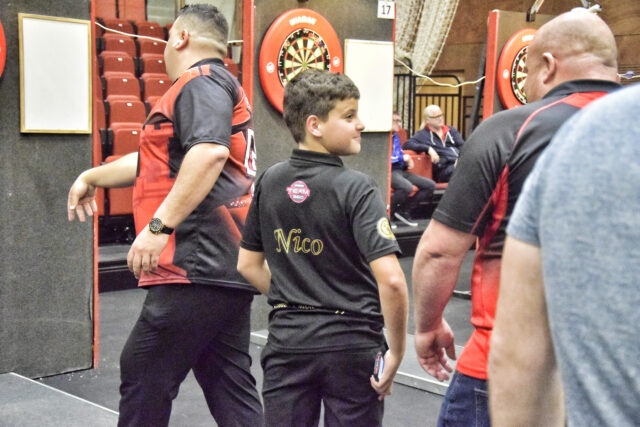 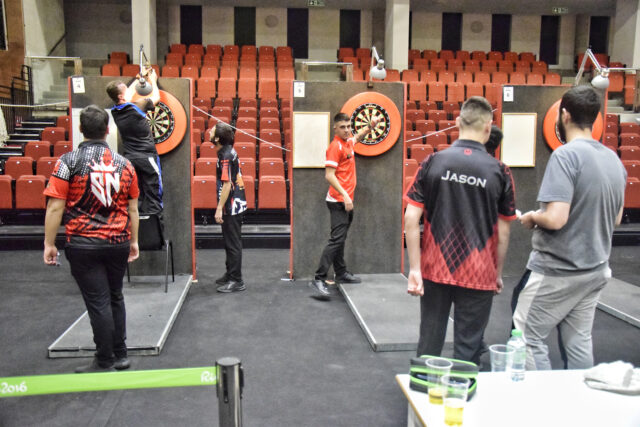