GHA promotes Breast Awareness with a stand at the Piazza

The aim of the stand was to create awareness on potential breast cancer symptoms encouraging the general public to attend their GP appointments should they find any concerning changes.

The stall also aimed to encourage women over the age of 40 to attend their routine mammography screening when invited for an appointment. 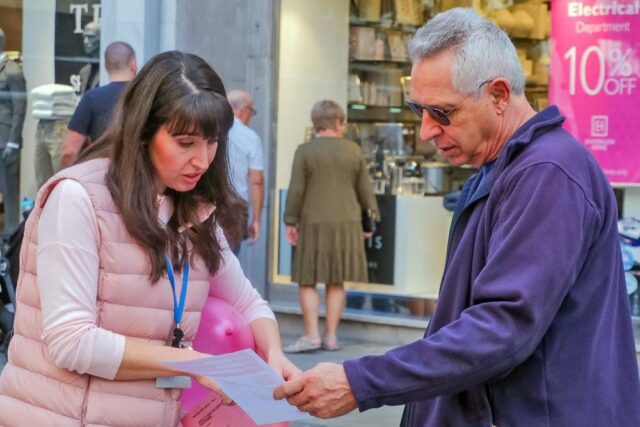 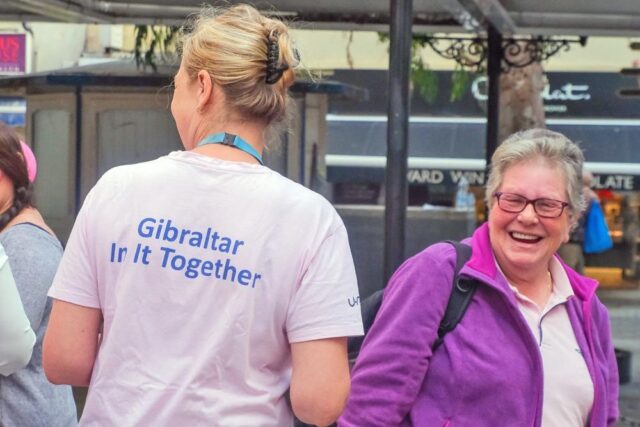 In order to facilitate access to breast screening, the team registered women who had not received an invitation for breast screening and wanted to attend or those who had missed appointments.

Women who registered for a screening mammogram on the day will be contacted with an appointment in the next few weeks. 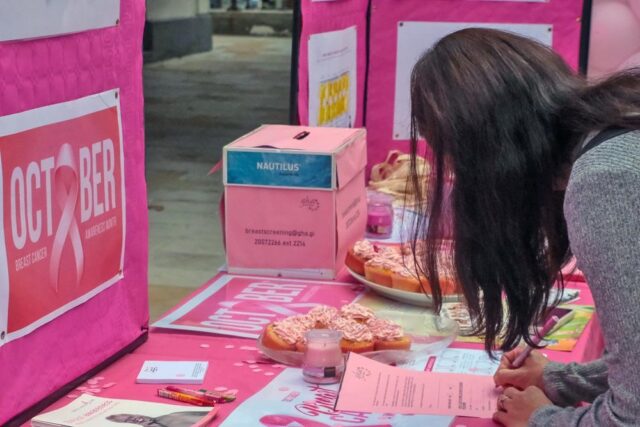 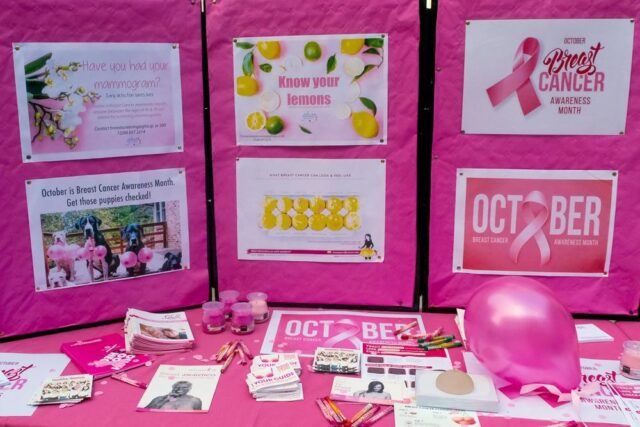 The GHA said it was a very successful morning with hundreds of leaflets distributed and concerns raised by the general public were addressed by the range of GHA professionals present.

“I would like to thank the GHA Breast team for organising such an important awareness stand and for such a wide range of GHA professionals involved in breast cancer services to make themselves available to the public as this gave them the opportunity to talk to the team either about their experiences and concerns or to learn about being breast aware,” the Minister for Health, Samantha Sacramento, said.

“This forms part of the ongoing efforts to encourage young people to check their breasts regularly as symptoms can occur at any age. I would like to thank the GHA breast team for this initiative and their unprecedented engagement with the public on Saturday and during the course of October as breast awareness month and I also wish to thank the Breast Cancer Support Group for their continuous support to the GHA.”