Europa Sports Park hosted the Gib Yellow Gibraltar Closed tournament over the last week to determine the top Gibraltarian players in five categories: Men, Women, Juniors, Veterans and Vintage.
Five days of competition saw players battle to reach their respective finals to claim the title. With the seeds largely being followed, the finals saw some familiar faces battling each other to claim their respective trophies.
First up was Rob Hamilton and Martin Lawrence playing for the Vintage over 55’s trophy. Hamilton started the first game positively earning his first game point at 10-5. Lawrence attempted a come-back, recovering three game balls before Hamilton finally took the game 11-8. Lawrence came back stronger in the second and third games, calmly building leads to take the games 11-5 and 11-6. Lawrence’s form continued into the fourth game to build a lead from which Hamilton could not recover, Lawrence taking the title 8-11, 11-5, 11-6, 11-8.
In the Veteran over 45 final, Justin Chipolina faced Steven Shacaluga. The first game saw some excellent squash with both players playing clinical shots. Chipolina developed a 9-7 lead but Shacaluga was too strong, winning the next four points to take the game 11-9. Shacaluga continued this form to take the second game comfortably, 11-3. Long battles in the early part of the third game took their toll on the players, but the reliable accuracy of Shacaluga’s shots allowed him to develop a lead and convert his first match ball to win 11-9, 11-3, 11-4.
In the Women’s final, Mel Camilleri-Bland faced Leanne Moreno for the Heather Duez Women’s Closed trophy. In the first game, the accurate play of Camilleri-Bland gave the number one seed a 6-1 lead. Moreno reduced the deficit to one point at 6-7, but Camilleri-Bland produced some more precise shots to regain control taking the game 11-7. The second game saw Camilleri-Bland develop an 8-3 lead with a combination of well placed lobs and accurate drops. Moreno could not close the gap with the players trading points, Camilleri-Bland taking the second game 11-6. Camilleri-Bland took an early lead 4-1 in the third, but Moreno battled back to 6-6 and edged ahead to earn her first game ball at 10-9. Moreno converted her second game ball to take the third 12-10, reducing Camilleri-Bland’s lead to one game. Moreno started the fourth game stronger, building a 7-2 lead. Camilleri-Bland strung some good points together to reduce the deficit to 8-7, but Moreno finished the game 11-8 to level the match 2-2. Moreno edged a slight lead in the fifth, 5-2. Camilleri-Bland improved in spite of an injured arm, bringing it to 6-8, but Moreno put a couple of points together to get the first match ball at 10-8. Camilleri-Bland saved one match ball, but Moreno converted the second to take the title 7-11, 6-11, 12-10, 11-8, 11-9.
The final saw a rematch of the last year’s line up, Christian Navas taking on Ivan Flores for the Glenn Pearce Men’s Closed trophy. In a blistering exchange of hard hitting squash, Flores took the initial five points before Navas got onto the scoreboard. This was followed by an uncharacteristic number of mistakes under Flores’ barrage of rapid fire squash, to see Navas surrender an 8-1 lead. Navas recovered his normal form but Flores was too strong, taking the first game 11-5. Entertaining squash with spectacular retrievals and pin point accurate shots characterised the second game, but Flores’ precise control of the ball and excellent retrieval skills were rewarded taking the game 11-3. The players exchanged points in the third game to 5-5 before Flores edged away 8-5. Flores earned and converted his first match ball to take the title 11-5, 11-3, 11-8. 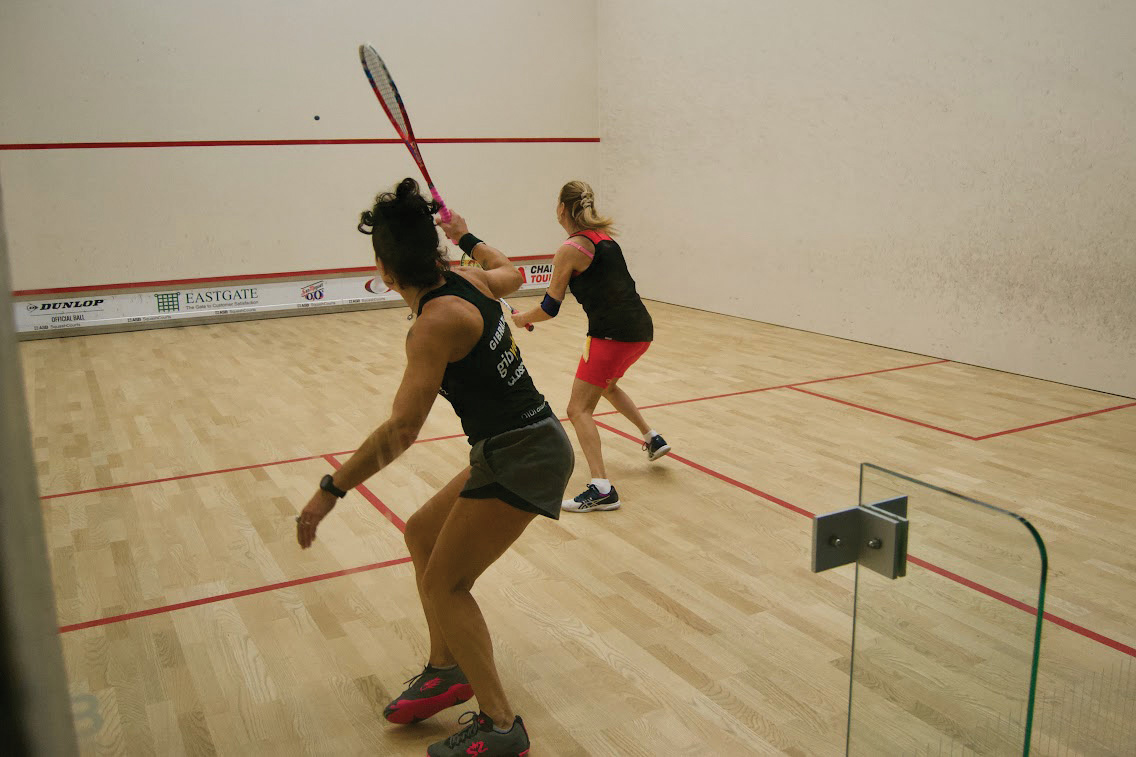 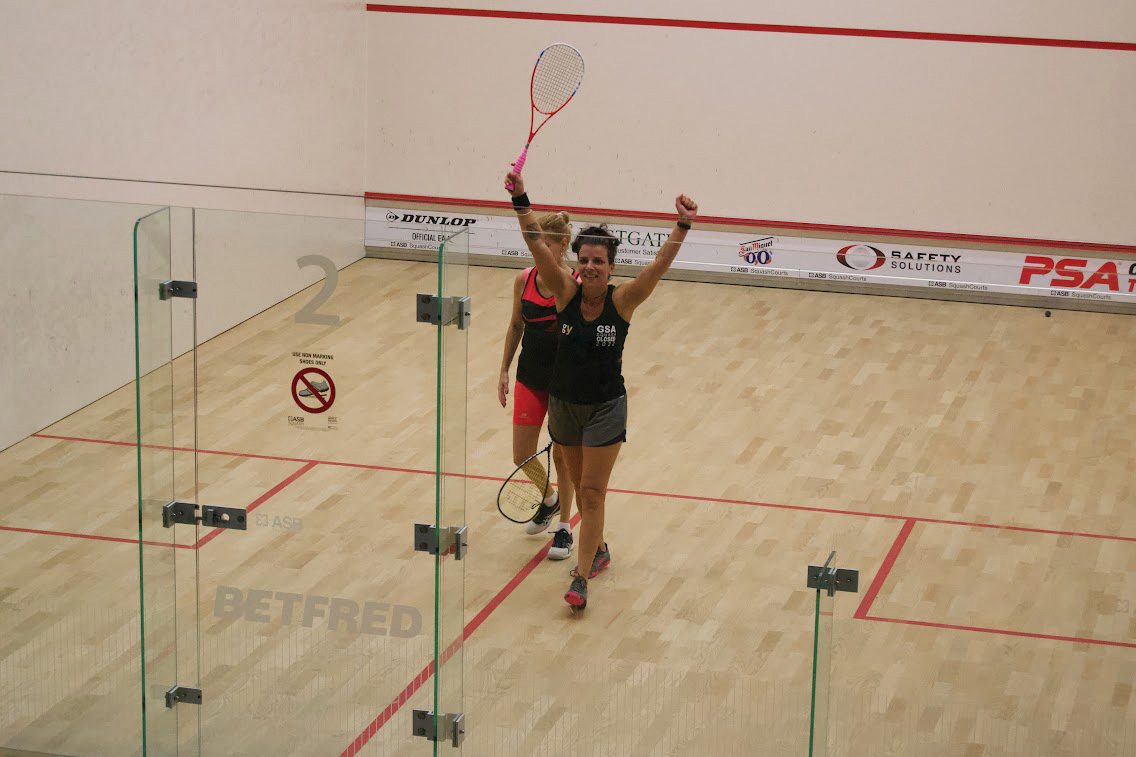 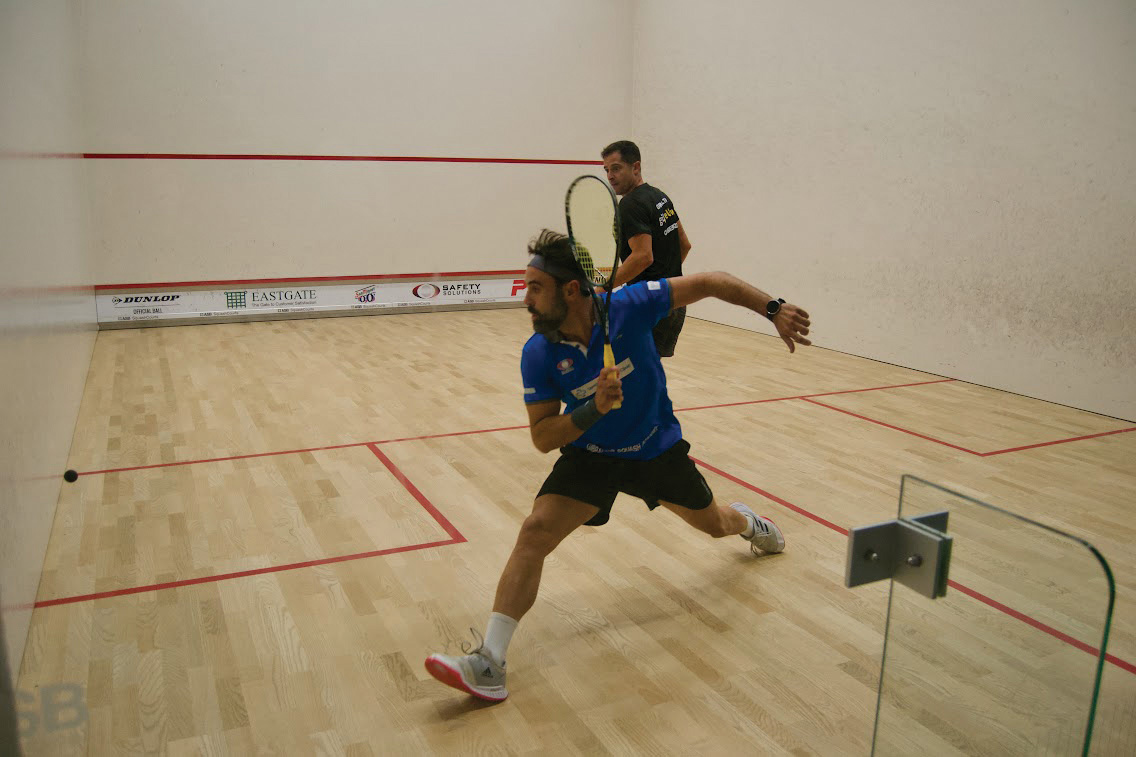 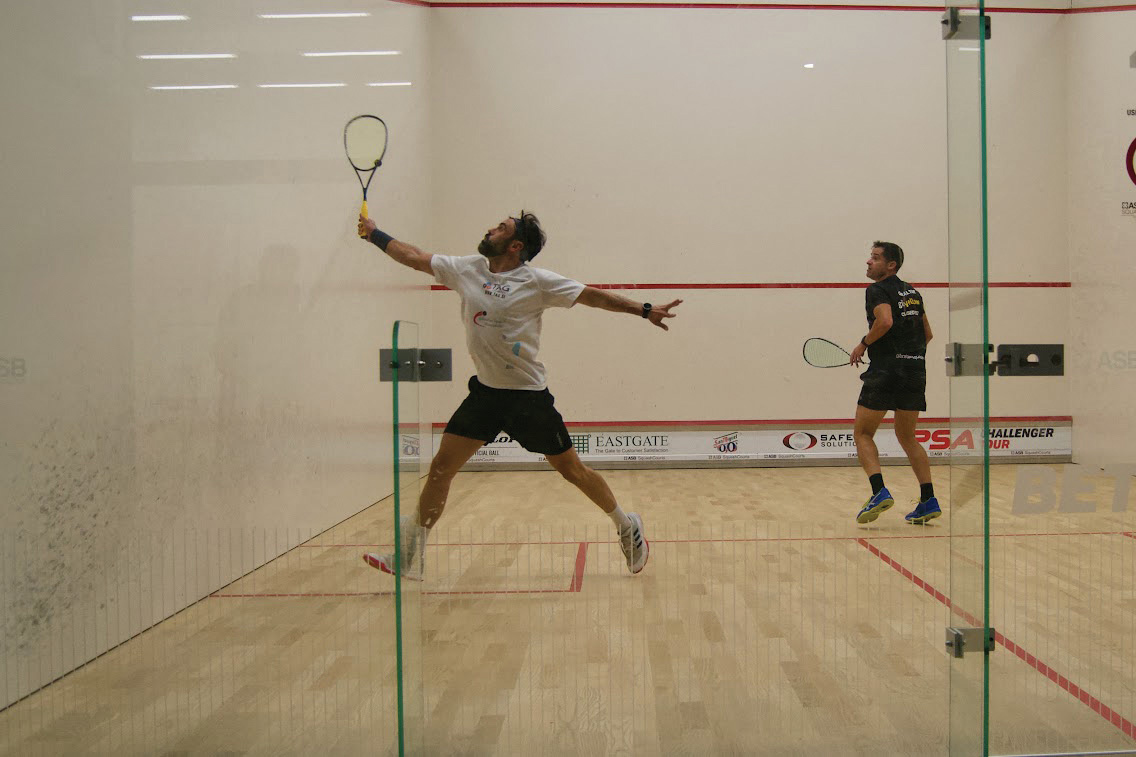