Gibraltar’s Under 18 men’s basketball squad faced a tough FIBA European Championship Division C tournament facing Azerbaijan, Luxembourg, Moldova and Armenia in their group phase.
Gibraltar were to face four straight defeats scoring 199 points but conceding 354.
In their first match they faced defeat at the hands of Armenia by an 81-64 scoreline.
The team that travelled to San Marino and started play on Sunday 24th July, faced a second day defeat on Monday this time against Moldova. The latter winning 70-40 in a match they dominated throughout.
There was little time for the young squad to rest with their third day in the competition seeing them face a very strong team from Azerbaijan.
Gibraltar faced one of their biggest defeat with a 115-60 scoreline before heading into another tough encounter the next day against Luxembourg. This time losing 88-35.
Gibraltar’s rest day did not come until the last day of the group phase already knowing they would be playing for the final spots in the competition.
Gibraltar’s U18 were not to play again until Sunday where they faced San Marino for the 9-10 play-offs.
Gibraltar was to start well taking an early lead in the first quarter by 14-10.
San Marino levelled the score by half-time winning the second quarter in points by 20-16.
Gibraltar we’re to lose ground in the third quarter with San Marino opening a seven point lead with. 20-13 third quarter.
They were to open a further eleven point margin in the final quarter to finish 69-51 winners.
The tournament once again highlighted the fast developments at this category across other European nations of a similar standing to Gibraltar with many players already with greater competitive experience.
The gap that has opened in Gibraltar basketball with a reduced youth pool and limited numbers playing at senior level stalling Gibraltar’s progress against other nations at this category. 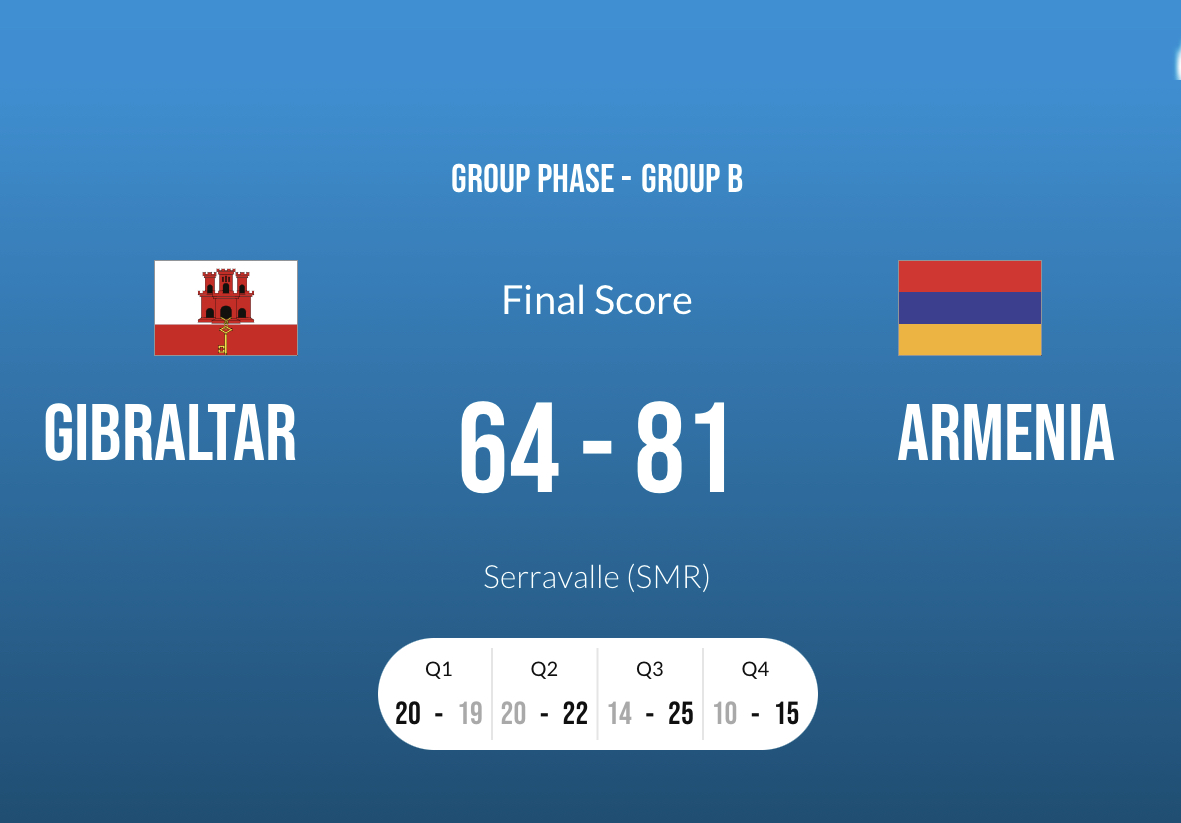 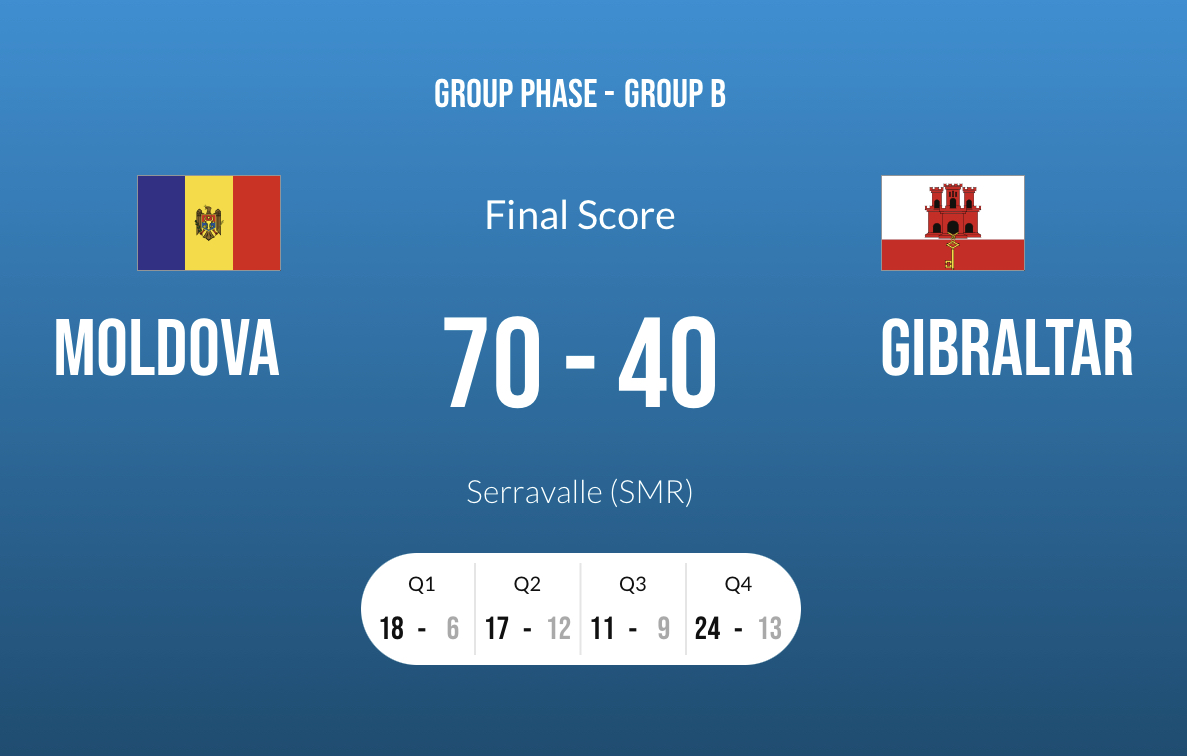 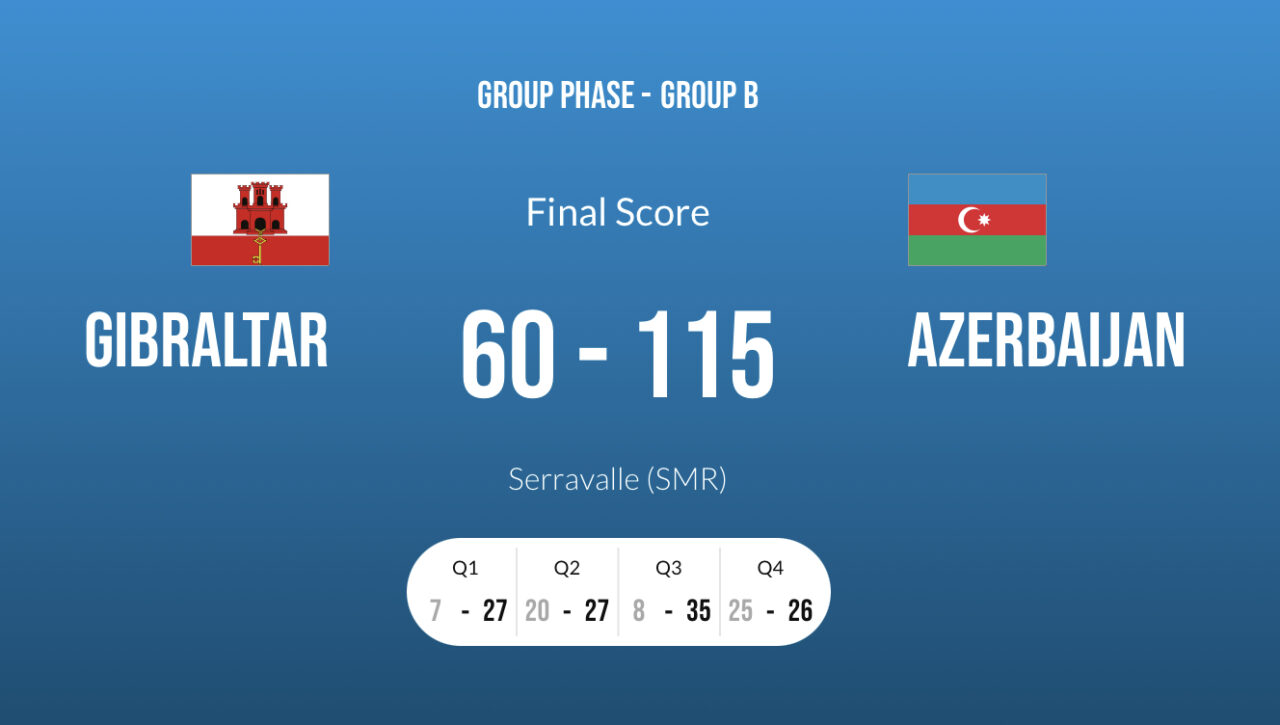 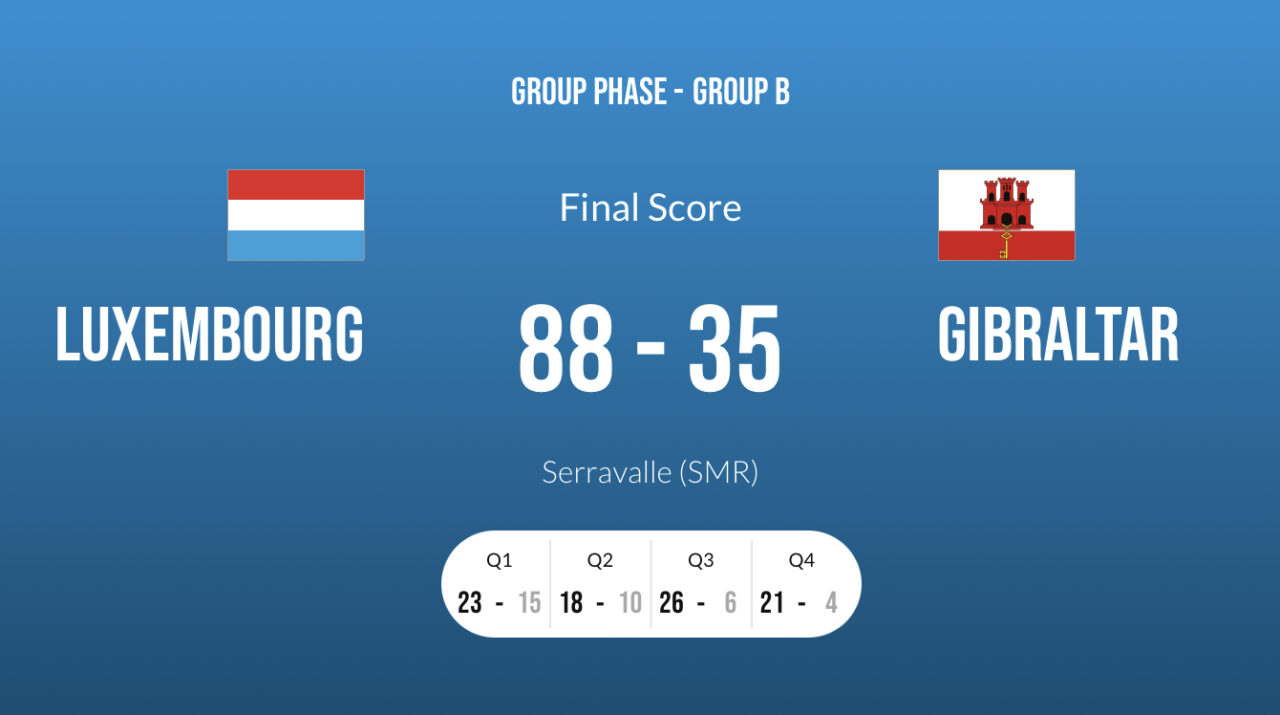 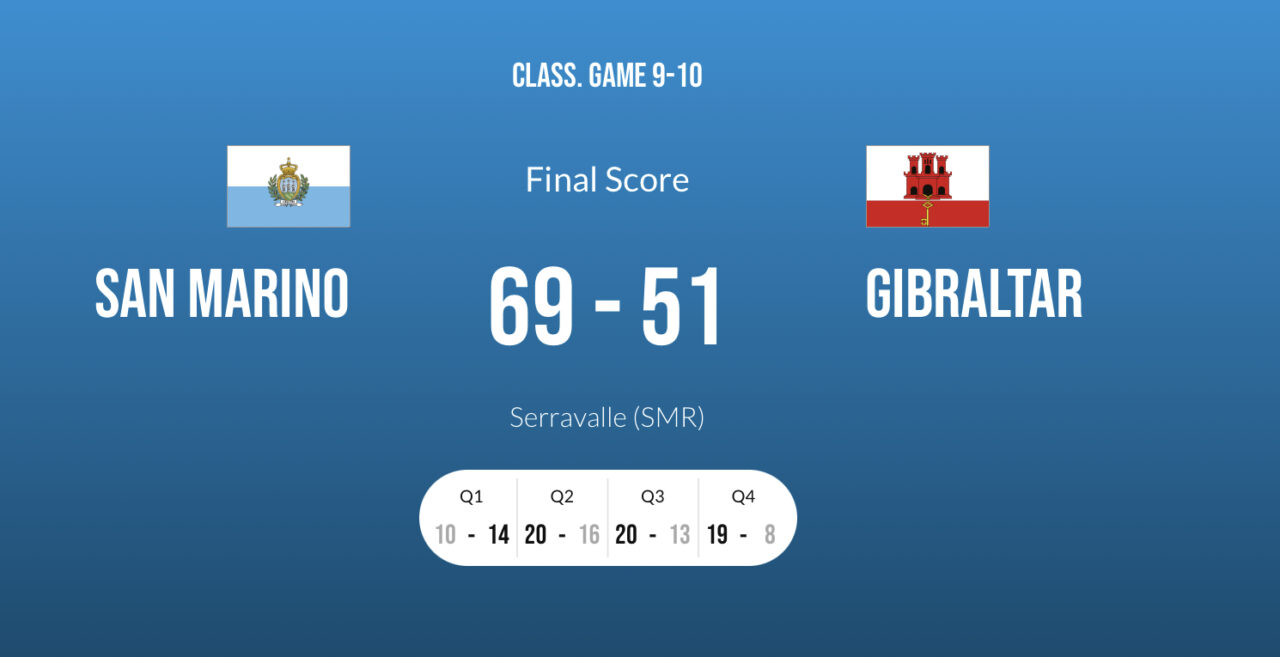