The Gibraltar women’s Under 18 basketball squad secured fifth place in this summer’s FIBA Under 18 European Championships Division C following their final victory against Moldova.
The team, which travelled to Andorra started their campaign last Tuesday against Georgia where they were dealt an early blow.
A much stronger Georgia side produced a 69-36 defeat of Gibraltar at the Pavello Joan Alay as they set the tone for the competition. Malta producing a 73-66 victory against Albania just moments earlier.
Gibraltar had a rest day on the second day as they watched Georgia beat Moldova 75-32, with Albania beating hosts Andorra 75-43.
On Thursday Gibraltar’s 18’s women’s side, with many up coming players within the squad fell to Moldova by eight points.
After a disappointing first quarter where they dropped to an 18-4 points they bounced back to win the second and third periods 11-19 and 8-9.
However, Moldova produced the goods in the final quarter and produced a 13-10 final quarter to runaway with the victory.
Gibraltar we’re to play next against Albania in where they would decide if they would enter the final four.
However, a defeat by 63-40 saw them drawn against Moldova once again for their final match.
Gibraltar was to leave the best for last coming away with a final day victory to clinch 5th place.
This time it was Gibraltar who took the early lead taking the first quarter 18-11.
Although losing the second quarter 8-10, they maintained a narrow lead and went into the third quarter where they won the period 17-9.
Gibraltar kept their composure in the final quarter and finished level in points in the quarter at 10-10 producing a final 53-40 result to clinch fifth spot. 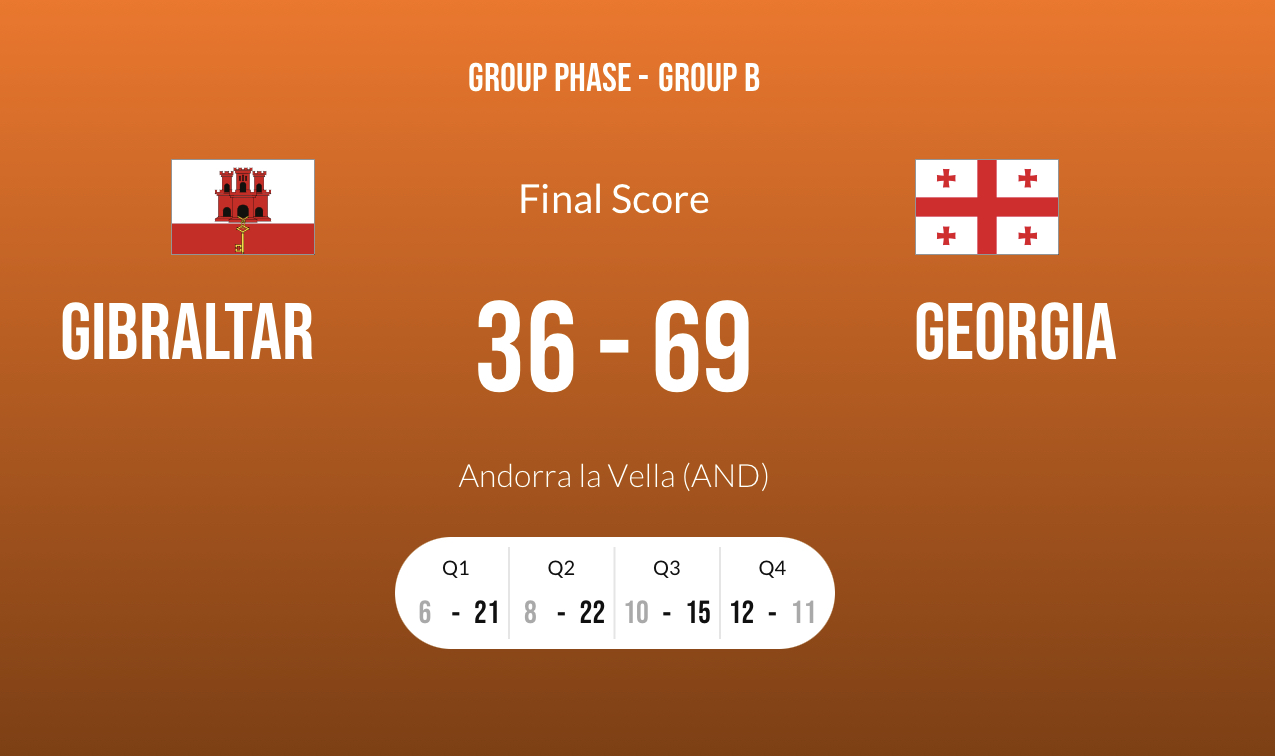 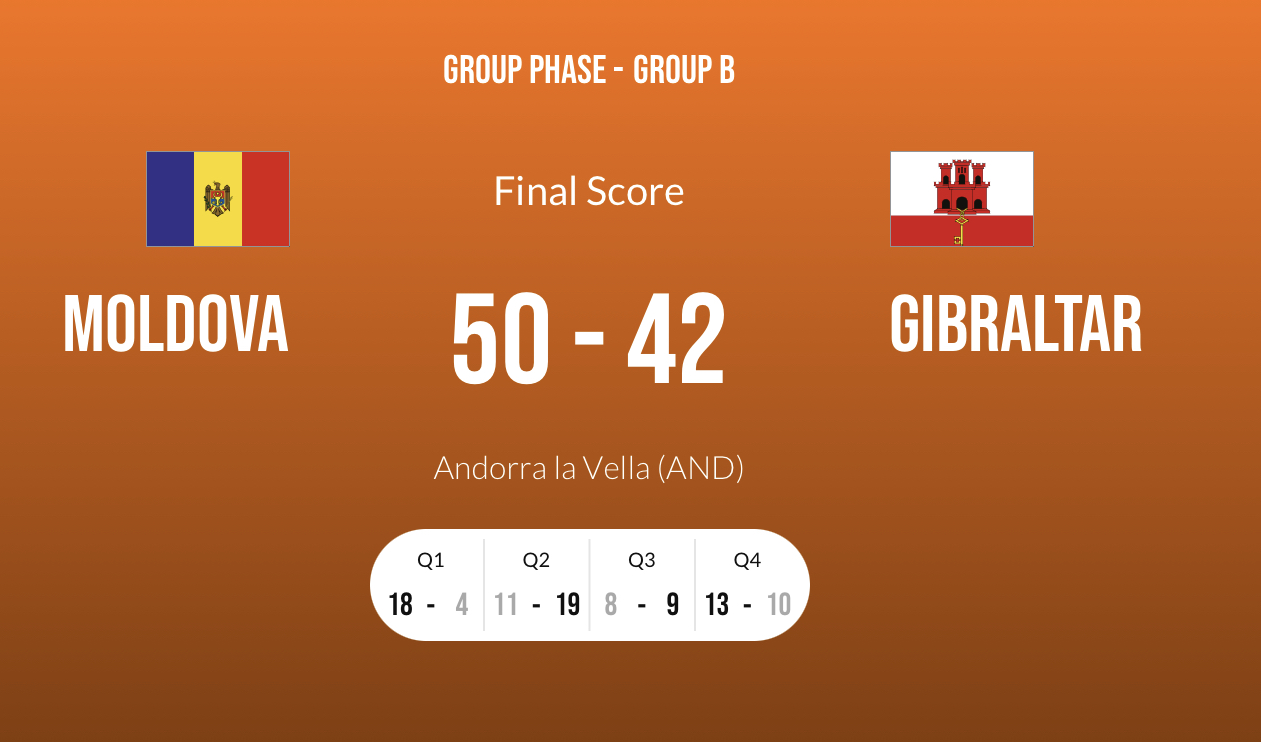 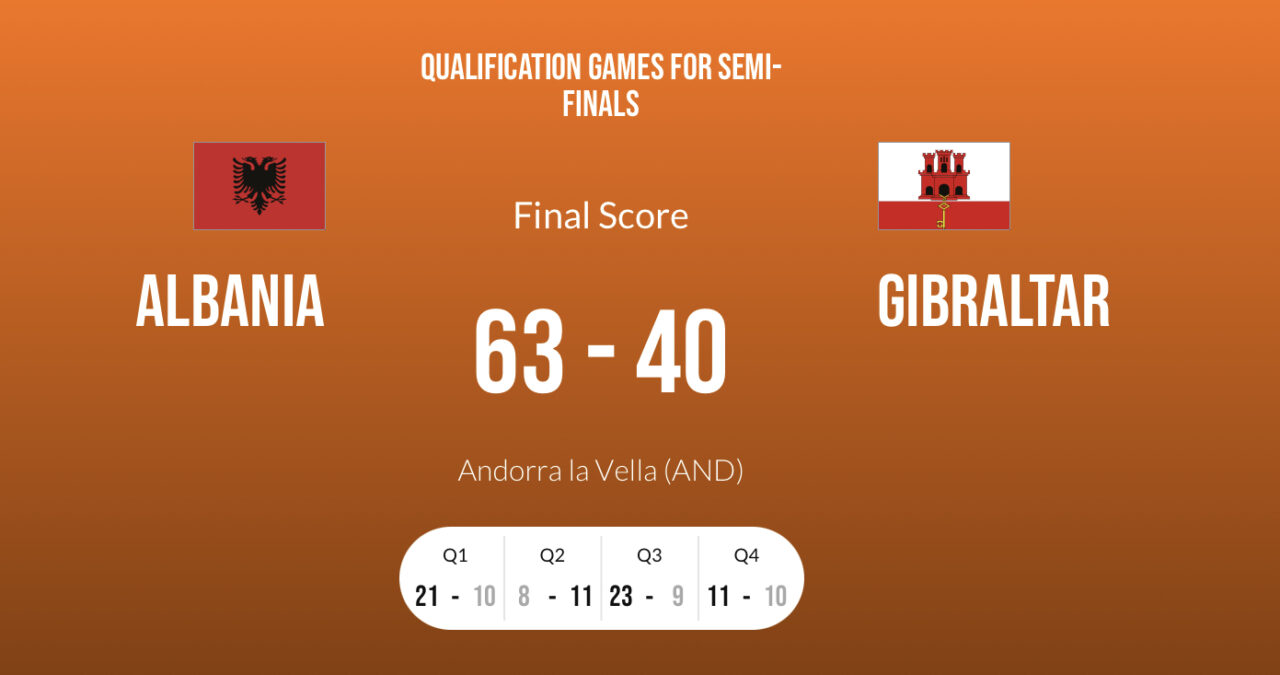 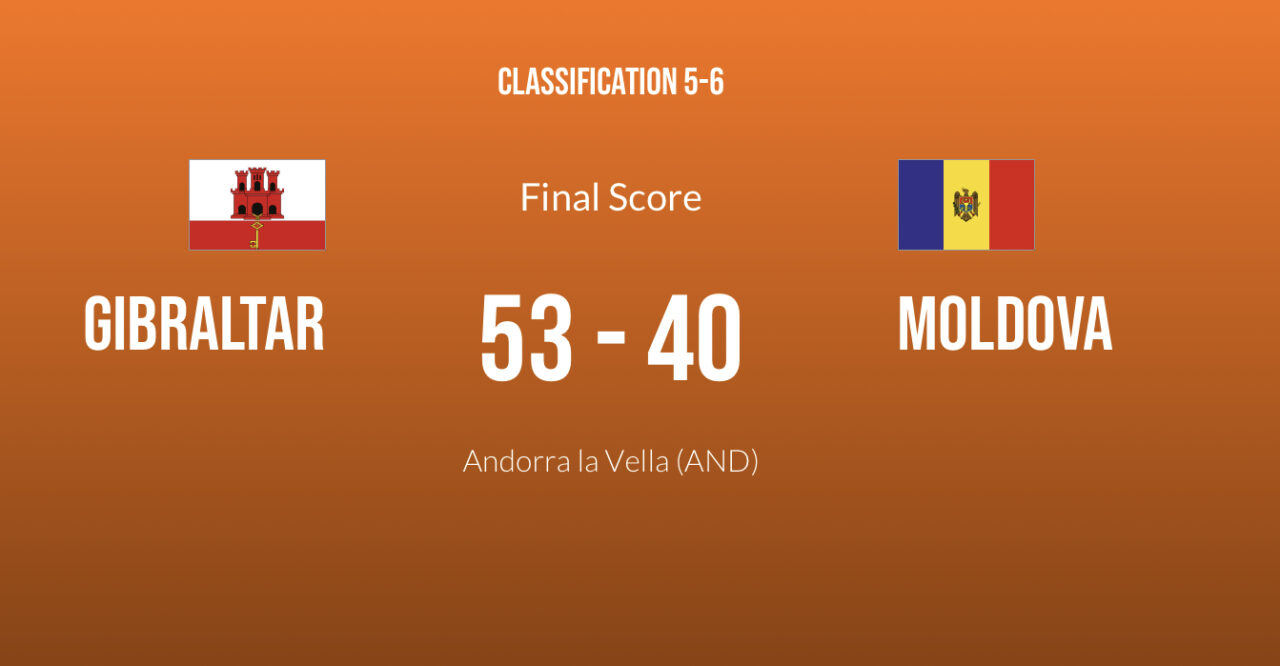