Martin Gomez and Mark Gomez start today with their participation in the Commonwealth Games Qualifier groups matches in Scotland. The Gibraltar team will debut at the qualifiers with a match against Cyprus this Friday afternoon.
The Gibraltar duo then play host Scotland in the first match of the day on Saturday in what could prove to be a tough encounter.
They next play Wales later on in the afternoon.
On Sunday they complete their campaign with a match against Northern Ireland, once again starting the matchday fixtures for the day.
Depending on the results from the group they will then go into the next round. Qualification will see them play in the Birmingham 2022 Commonwealth Games.
This is the first time a Gibraltar beach volleyball team plays in the Commonwealth Games qualifiers. 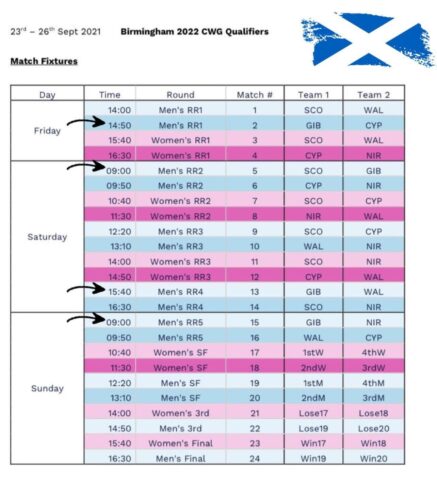