Gibraltar’s beach volleyball team faced their second defeat in the Commonwealth Games beach volleyball qualifiers.
Playing hosts Scotland the early morning start saw Gibraltar facing a powerful performance from Scotland who led from the start.
It was not until they were 7-0 down in the first set that Gibraltar scored their first point through a short clever two by Mark Gomez. The Gibraltar were not to score their second until they were already 11-1 down. Again Mark Gomez with the point. Although facing defeat Gibraltar’s defensive position received praise from Scottish commentators as they tried to defend against a very strong and physically talker Scottish team.
The first set was to finish 21-3 for the hosts who were taking full advantage of their height at the net.
The Gibraltar team did not give up easily and started the second set level at 1-1 before they saw Scotland open the gap again.
Gibraltar, although sharp in defence were no match for Scotland who played to their advantages. Scotland changing their tactics whilst targeting Mark Gomez as part of their game. The relentless targeting adding to Scotland’s tally.
Mark was nevertheless to get his own back with some clever play which added two points to Gibraltar’s tally at one time the score at 10-4 for Scotland. Gibraltar then forcing a mistake to make it 10-5 and then making it 10-6 then 10-7.
Martin Gomez’s defensive play at the net also making it difficult for Scotland to repeat their first set score line.
Scotland picked up points with a dubious point given to Scotland which made a difference as they went to 12-7 then 13-7.
The Gibraltar duo came close once again putting the score at 13-9.
Scotland upped their game and made some good retrieves to stop Gibraltar adding to their tally. At 19-9 with the sun now glaring down on the Gibraltar Team they had to defend to stop Scotland getting to matchpoint.
Scotland was to win the second set 21-10 but the Gibraltar team was to provide a good display as they tried to challenge back against a very strong host.
Gibraltar next play Wales who on Friday took Scotland into a third set before their defeat against the hosts. 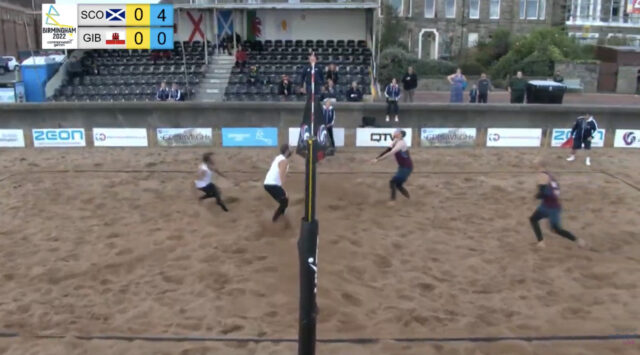 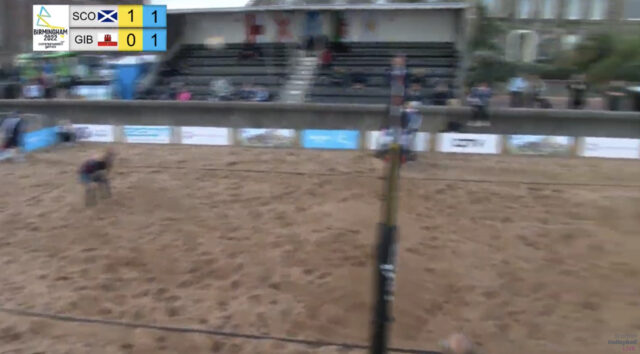 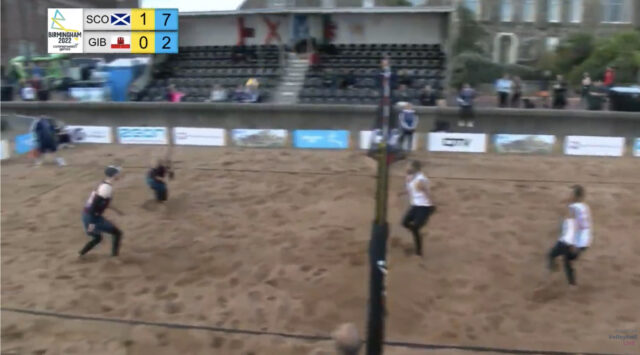 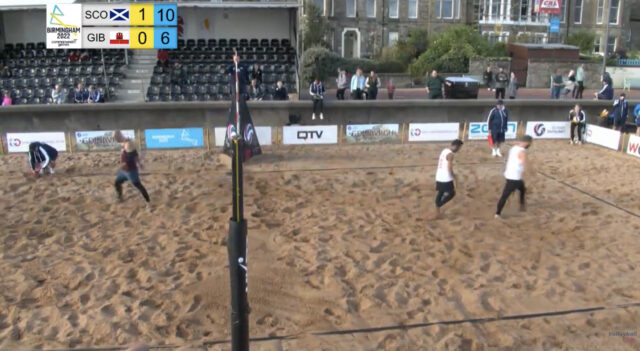 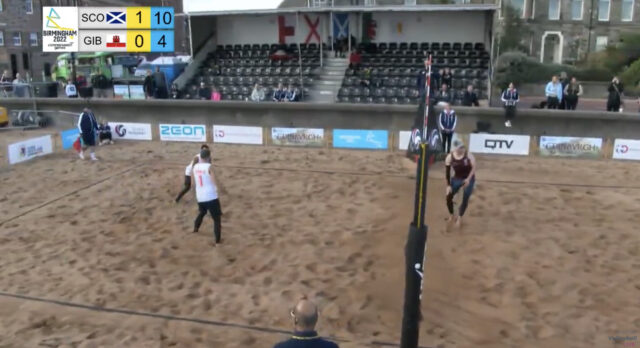