Gibraltar cricket have announced their forthcoming official T20I’s fixtures for the end of October including the 2021 Valletta Cup, which will be followed by a two game series against Malta.

Gibraltar will be facing Malta Cricket Association, Cricket Switzerland, Bulgaria Cricket in Marsa, Malta, between October 21st and 25th.
Earlier this week they also announced their squad heading to Malta. 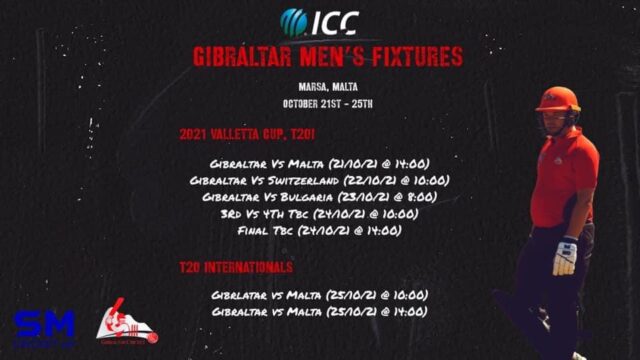