Gibraltar Cricket has announced the squad that will be heading to Malta to play in the Valletta cup 2022.
The team will be making a return to Malta where they recently produced some very positive results. The National Men’s squad returned last October from Malta, bringing with them three wins and a tie from seven games of cricket.
This time they will be competing against Malta, Bulgaria, Czech Republic, Hungary and Romania as part of their final preparations for the ICC Men’s T20 World Cup European Sub-Regional Qualifiers which will be taking place in June. This summer they face Belgium, Hungary and Denmark.
Games for Qualifier C will take place between the 28th June and 4th July in Belgium.
The Valleta Cup will take place between May 10 and 15 just over a month prior to their trip to Belgium.
Their trip to Malta will this time come after several months in which the sport has seen a resurgence in Gibraltar with European competition and the launch of its Premier league. This providing players with crucial playing time on home soil.

This weekend the Gibraltar Cricket Premier League continues with some important matches as Harding Hurricanes take on Calpe Giants and Lathbury Lightning take on Mediterranean Vikings in a top of the table clash. 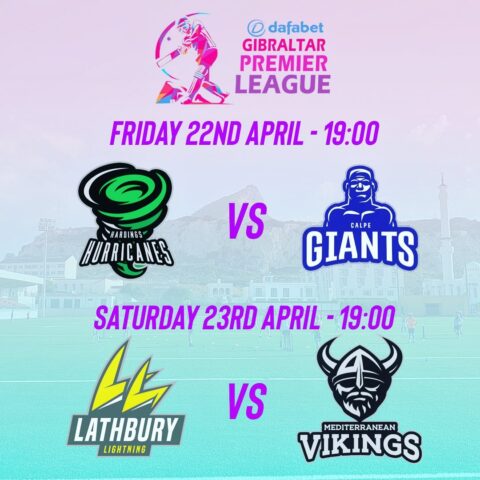 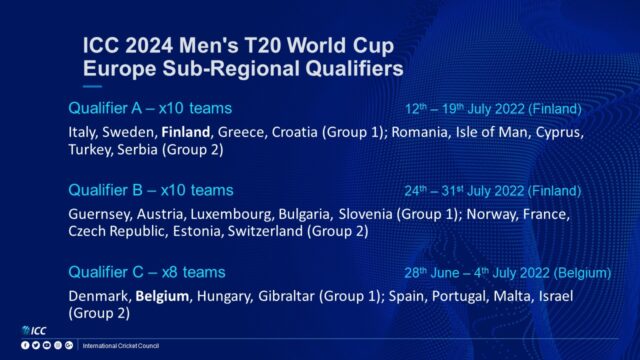 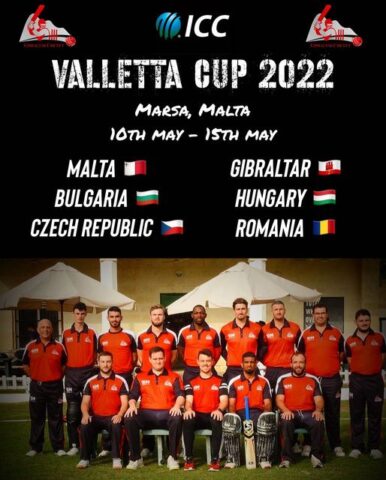