Gibraltar cricket was to come away with its first victory against Bulgaria this weekend after a convincing performance which saw them finish their innings on a total of 217/4. Their highest T20I score ever.
After losing to both Malta and Switzerland in the Valletta Cup, the early Saturday morning start against Bulgaria proved to work in Gibraltar’s favour.
At the halfway stage of their innings Gibraltar were 100 without loss.
The partnership between Louis and Avinash going past the 100, with Avinash getting his century.
James and Kenroy were then to make early breakthroughs with Bulgaria 29/2 of 4.
After ten over Bulgaria were 67/2. Charlie Harrison and Louis Bruce were to take wickets as Gibraltar run away to beat Bulgaria by 37 runs.
Following what was a historic win with Gibraltar's first victory in a T20s Gibraltar Cricket President Tim Azzopardi issues the following message:-

“Today’s win is the culmination of months of hard work and perseverance from both our coach Paul Edgeller and a very committed group of individuals. It’s great to see our Captain leading from the front with a big innings and an impressive team performance with ball in hand. However, most encouraging for me is to see yet another emphatic performance from young Louis Bruce with bat in hand. The future of Gibraltar Cricket is in good hands.” 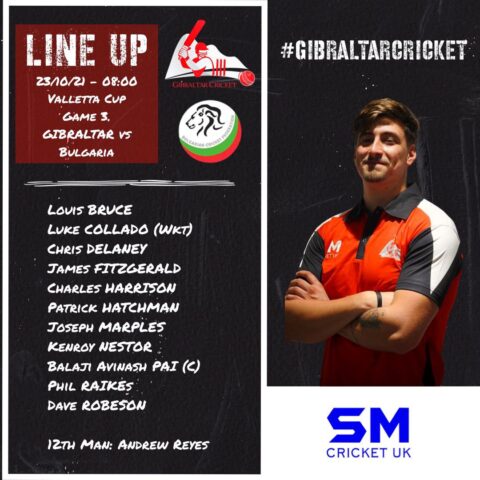 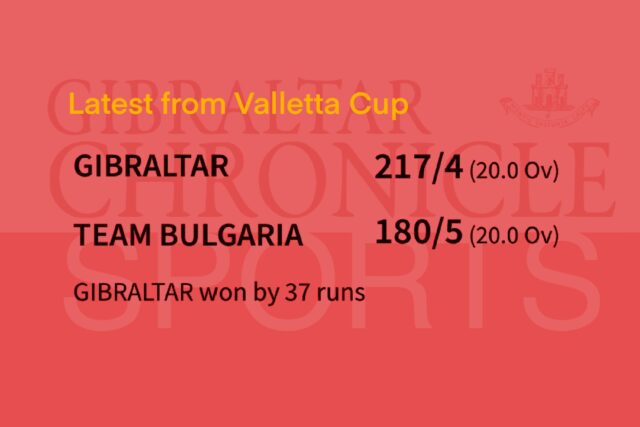 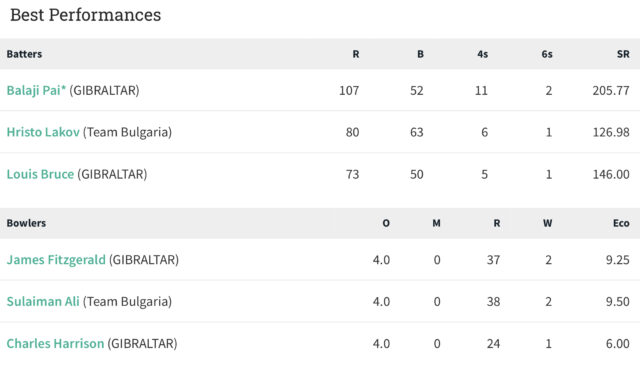 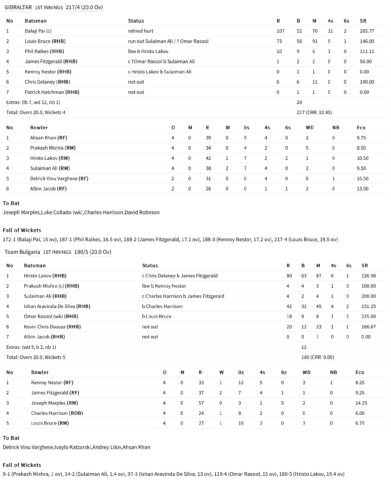