Gibraltar the smallest European member in the ICC Men's T20 World Cup Europe Qualifier C came up against a strong Denmark side in Brussels this morning in Qualifier C matches.
This was to be Gibraltar’s second defeat with Denmark finishing with 256/5 from 20 overs and batting first.
Gibraltar managing a 124/8 from 20 overs, losing by 132 runs.
Denmark cricket put in a commanding performance with the bat, to defeat Gibraltar. The tall Danish opener Nicolaj Laegsgaard lead the way with 91 runs from 43 balls to help his side to 256 for 5.
Denmark ranked 38th in the world had beaten Hungary by 88 runs on their opening day.
Gibraltar entered the match needing three changes to their team after their defeat against host Belgium.
Ian Farrell, James Fitzgerald, and Richard Hatchman came on to get their first test of action.
Denmark, who won the toss decided to bat first. They were to finish with a 256/5 (20 ov) forcing Gibraltar to chase.
Nikolaj Damgaard with 91(43), 2 poles and a run was considered a contender for the man of the match with his display. 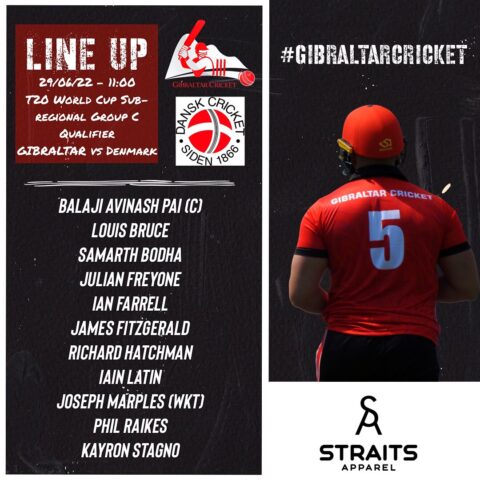 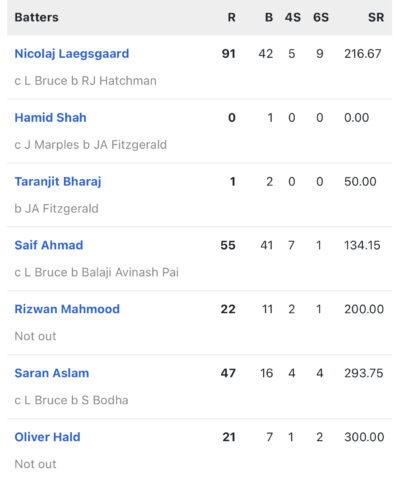 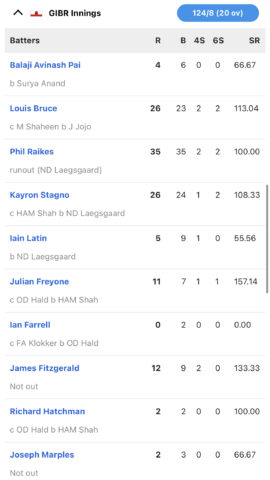 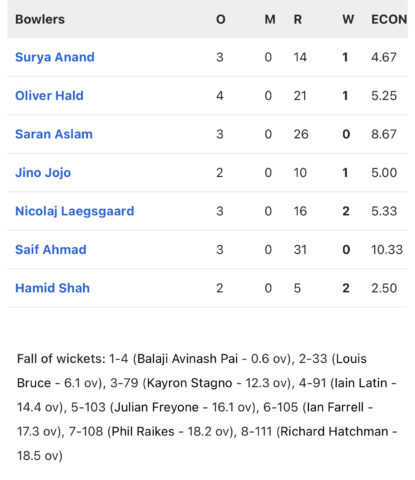