Gibraltar cricket has produced another victory against Bulgaria

Gibraltar cricket has repeated its success against Bulgaria, this Friday morning notching another victory in the Valletta Cup in Malta.
Gibraltar grabbed their first win in the series beating Bulgaria by 21 runs.
Gibraltar who had grabbed 213/0 from 20 overs left Bulgaria at 192/6 from 20 overs. Louis Bruce was to grab a 99 total on the batting finishing as the top batsman.

According to European Cricket Network “Gibraltar's Louis Bruce and Avinash Pai put on 213＊ for the opening wicket against Bulgaria which is now the 4th highest opening stand in men's T20Is.
“Interestingly, the duo also hold the 7th highest opening stand of 172 runs which came against the same opposition last year.”
Gibraltar earlier in the week lost by four wickets against a Hungary and later lost against the Czech Republic by 40 runs also losing by five wickets against Malta.
They next play Romania. 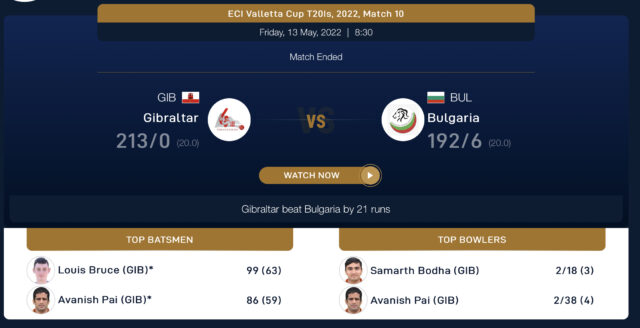 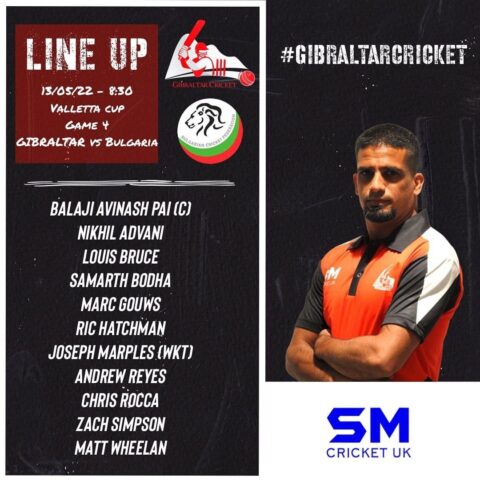