The inaugural Gibraltar Essentials Services football tournament was played out just before National day with ten teams from across the essential services playing.
The tournament, aimed as a fundraiser, was to raise £1653 for charity at Devil’s Tower Camp on Wednesday 8 September.
The Gibraltar Fire and Rescue Service were to become the eventual winners of the knockout tournament after beating the Airport Fire and Rescue Service in a penalty shootout in the final.
Within the ranks of the winning side were Jordan Perez, former Gibraltar national goalkeepers whose football career has seen him play against the likes of Germany after Gibraltar joined UEFA, and Steven Soussi who continues to play in the Gibraltar National League.
“As well as raising money for the Services Benevolent Funds, the event was designed to recognise the efforts of the Rock’s essential services during the COVID pandemic’” said an MoD spokesperson.
The tournament saw teams from the Royal Gibraltar Regiment, who had two teams, the Gibraltar Defence Police, the Royal Gibraltar Police, HM Customs, Gibraltar Ambulance Service, HQ British Forces Gibraltar, Airport Fire and Rescue, Gibraltar Fire and Rescue and the HM Prison Services.
Warrant Officer Patrick Canepa, of the Royal Gibraltar Regiment, who organised the event, said: “It was a great event and I think I speak for all essential services when I say we all had a lot of fun.
Mr Canepa is also better known within the local football as one of the referees that has continued practising as football has professionalised in Gibraltar.
“I am over the moon that we have raised so much money for the Services Benevolent Funds.
“Although this was the inaugural event, I hope this becomes an annual event to help bring the family of essential services in Gibraltar closer together.”
The following day, WO1 Canepa organised a National Day Charity Breakfast at Devil’s Tower Camp for all working personnel, to maximise the amount raised for the Benevolent Funds. He managed to add a further £217, increasing the total to £1850. 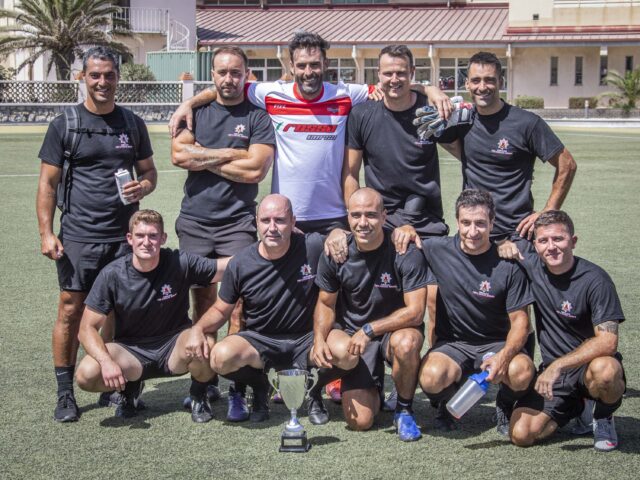 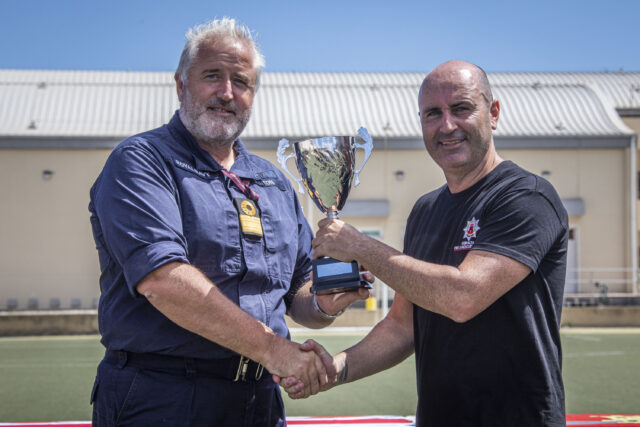 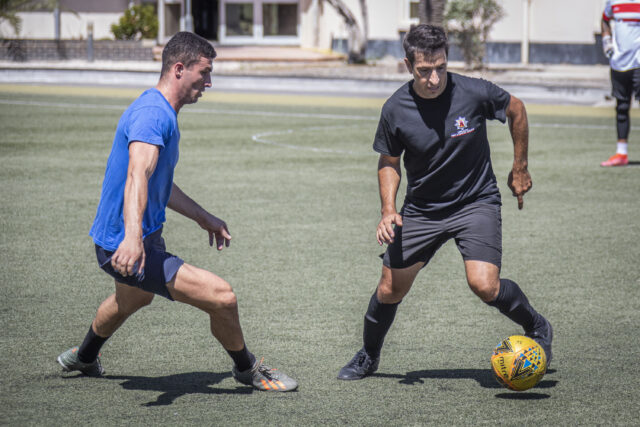 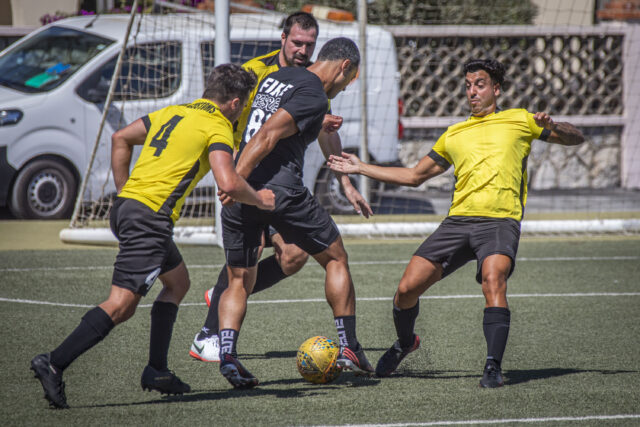