Gibraltar kicks-off this years UEFA Under 19s Futsal Euros Preliminary round hosting both Montenegro and North Macedonia for the Group B qualifier groups matches next week.
Gibraltar futsal Under 19s have been training for the past weeks with a twenty-man squad announced today ahead of next week’s tournament.
The preliminary round has been split into two groups of which Gibraltar hosts Group B. The other four teams competing are Andorra, Wales, Estonia and San Marino in Group A hosted by San Marino. The winners of both groups will automatically enter the main round where the winners of Gibraltar’s group will play in group 1. This could see Gibraltar face Netherlands, Turkey (hosts) and Italy if they were to successfully claim the group winners spot next week.
Gibraltar’s first match will be on Monday, November 1, against Montenegro at the Tercentenary Sports Hall (TSH).They will then have a day of rest whilst Montenegro take on Macedonia on Tuesday, the match also played at the TSH.
Gibraltar’s final match will be on Wednesday against North Macedonia.
The UEFA Under 19s Futsal Euros goes back to 4 April 2017, when the UEFA Executive Committee agreed a revamp of their futsal competitions – including the launch of a first ever UEFA Under-19 Futsal EURO.
The competition was to be held every two years, with an eight-team final tournament. Thirty-five nations entered the first draw on 1 November 2018, with Latvia picked to host the inaugural finals in Riga in September 2019, won by Spain.
It followed in the footsteps of the experimental UEFA Under-21 Futsal Tournament, held in 2008 and won by Russia in St Petersburg. 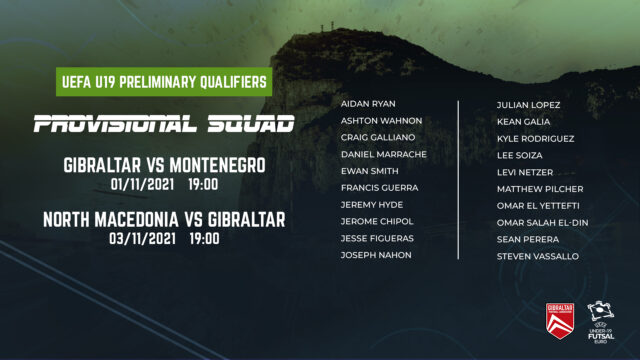 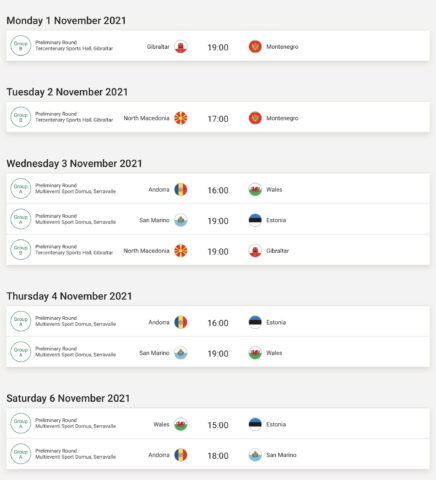