Gibraltar head coach, Ribas, maintains his confidence in what his team is doing and it’s progess

Ahead of this week’s double header friendly internationals against Liechtenstein and Andorra, Julio Ribas remained confident over the development of his squad and the progress being made by Gibraltar even though Gibraltar had dropped in FIFA ranking positions in recent months.
Against a backdrop where the Gibraltar head coach had entered into the scene at a time Gibraltar was lowly ranked and at the time described by some of the international media as “the worst team in the world.” And having since secured promotion to Nations League C, raised in ranking positions and established the team to produce positive results such as a handful of draws and victories against similar ranked opponents, Mr Ribas dismissed critics as something that would always be there and continued confident on the pathway the team was taking.
“Yes we are confident in our dream and the objectives we have as a team,” he said in answer to questions from the Gibraltar Chronicle.
“We also have to grow to be able to give happiness to our people, the people of Gibraltar. As to the critics they are always going to exist no matter what.”
Asked one whether Gibraltar would be looking at trying to increase their ranking positions and on whether this was important for the next two matches Mr Ribas highlighted how the two friendly matches would be treated as any other competitive match.
“For us all the matches are important,” he said.
“More importantly though than to have a certain ranking position or not is that the team matures, grows and produces better each time. That is the most important thing as in terms of continuity it is going to place us in a better position into the future.”
Mr Ribas confidence was also transmitted via his players with both Julian Valarino and Nicholas Pozo highlighting how the players mentality had changed to believing they could win when entering matches.
Julian Valarino was to highlight how since Julio Riba’s arrival players had come to see themselves as elite players not only in their thinking but in their attitude towards the game and how they behaved and prepared.
He was also to added, “I go to every match confident enough to think we can beat the team or else it is not worth playing. Even if we go into a game to face a massive team in the top ten in the world we are always going into the game believing we can win> This games are no different>”
Speaking at the Gibraltar pre-match press conference Nicholas Pozo, who was accompanying Julian Valarino also making similar comments.
“It’s a matter of thinking that every game we are going in thinking that we can beat the team and score. We think positive as we enter every game and that is what is helping us. Not only getting the games in but showing the world that we are capable of doing it.”
Gibraltar had their pre-match training session, open to the media, this Tuesday morning, just 24 hours after the thirty-man squad was announced.
For Gibraltar the presence of Tjay De Barr, after a years absence, saw the young player become one of the highlights. Another inclusion in the squad is goalkeeper Jaylan Hankins who this season has been playing for Bruno Magpies.
Although pushed over his selection for the actual match Mr Ribas was not willing to enter into discussions on he would line-up on the day repeating “that it depends on the match and circumstances.”
Whilst not dismissing the idea of using the two matches as a chance to test players out, the Gibraltar head coach gave indications that the matches would be treated as competitive games where he would maintain his objectives of keeping to the pathway he had set out since appearing on the scene in 2018. 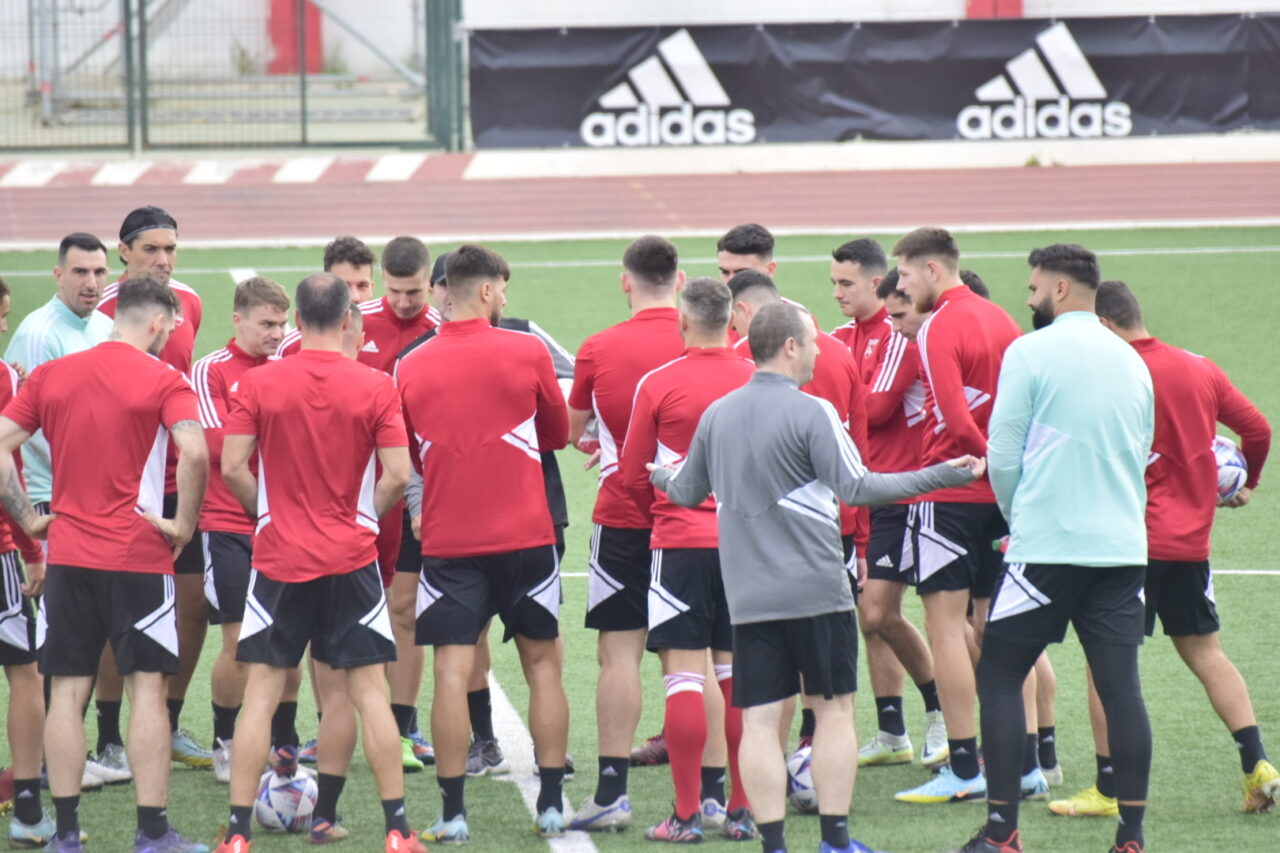 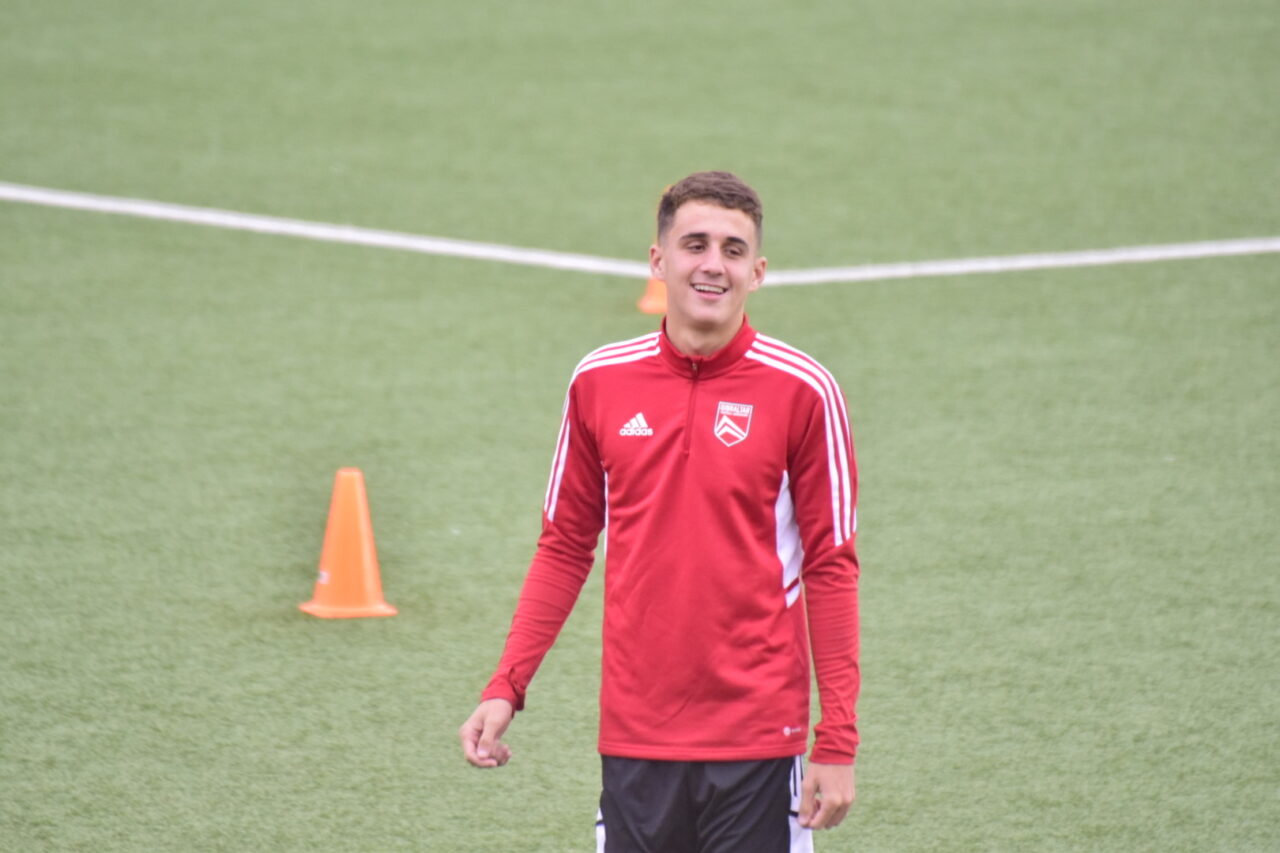 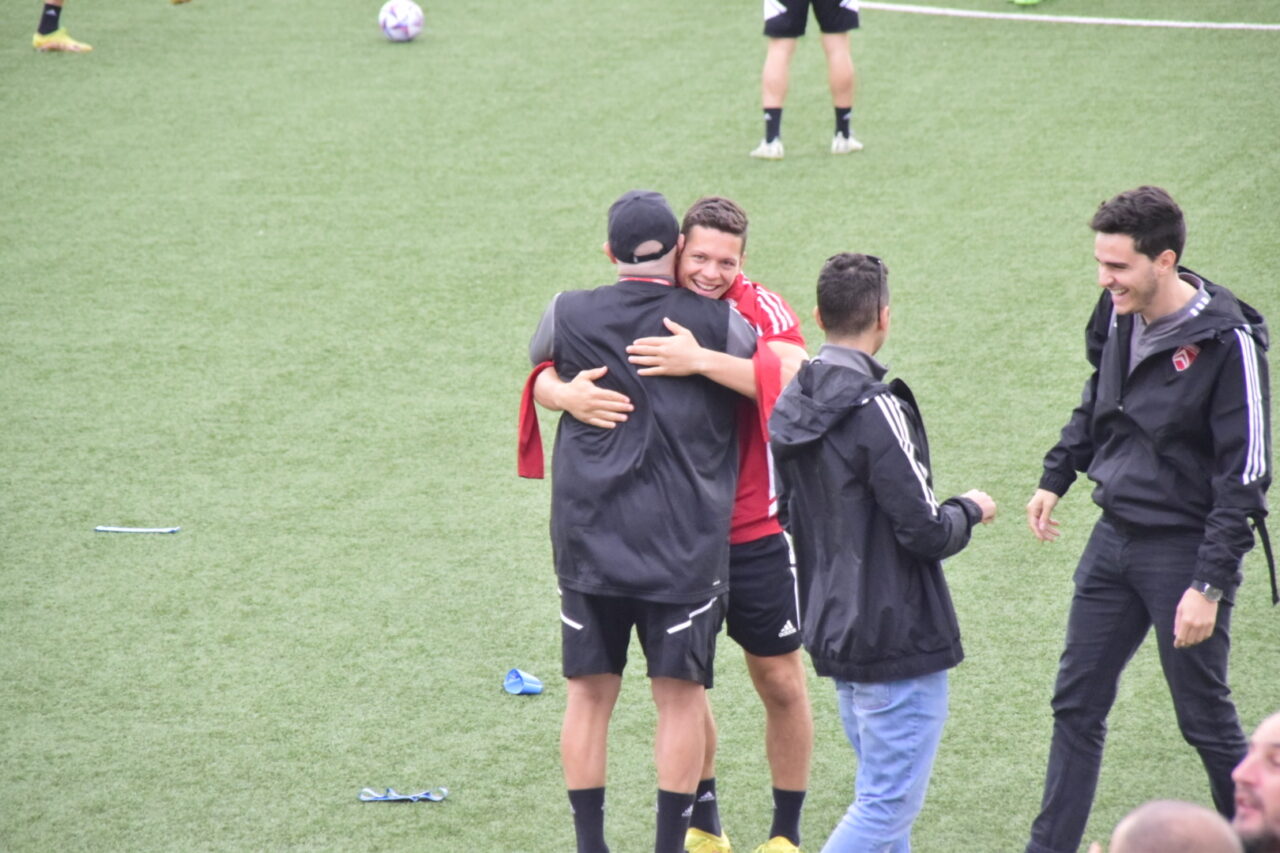 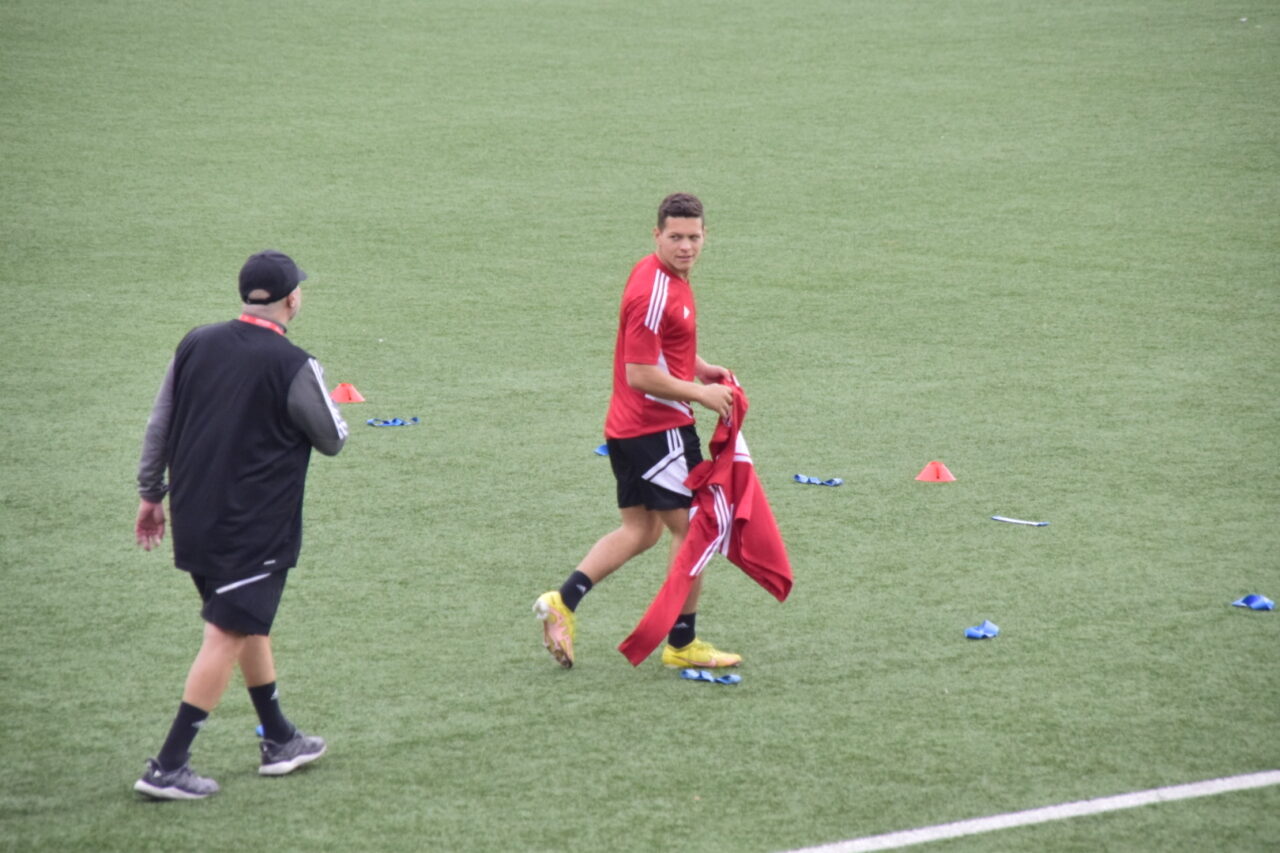 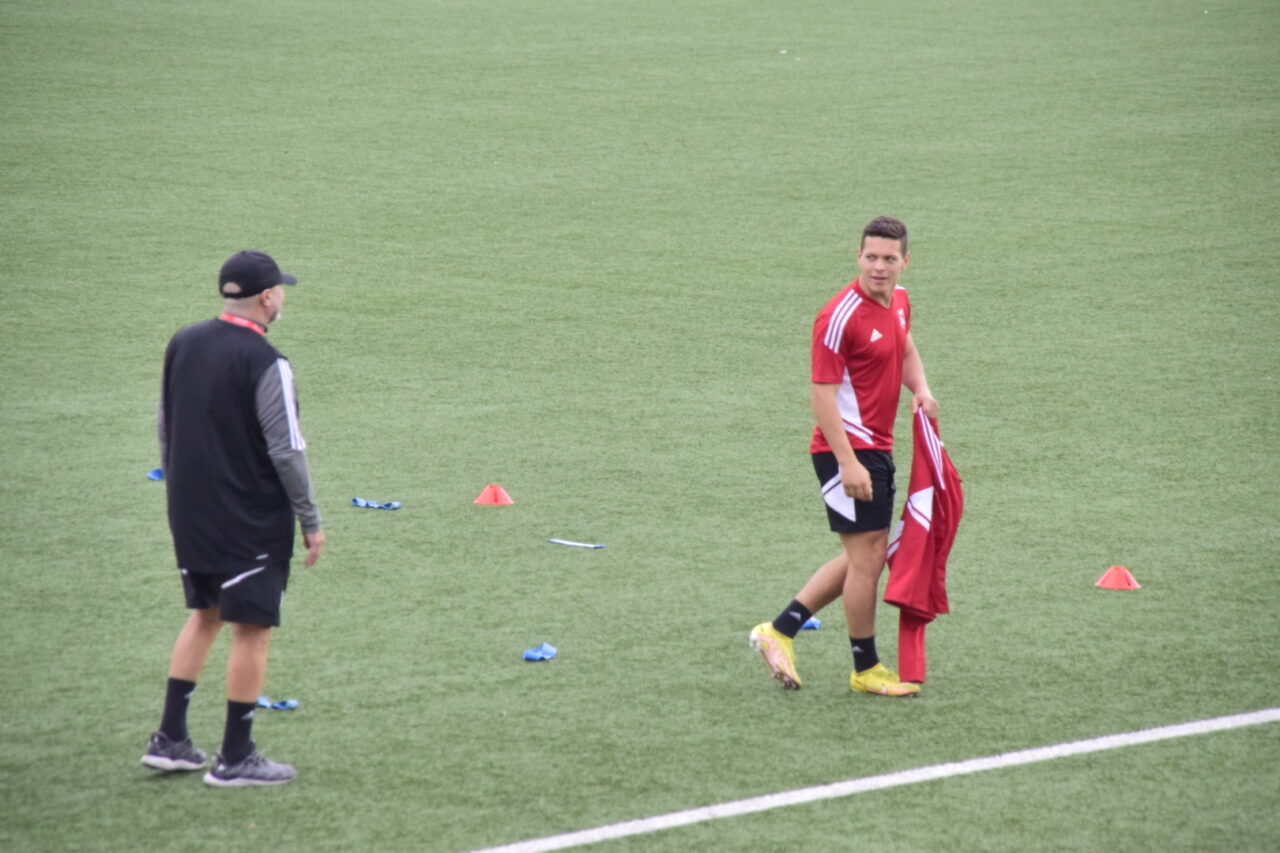 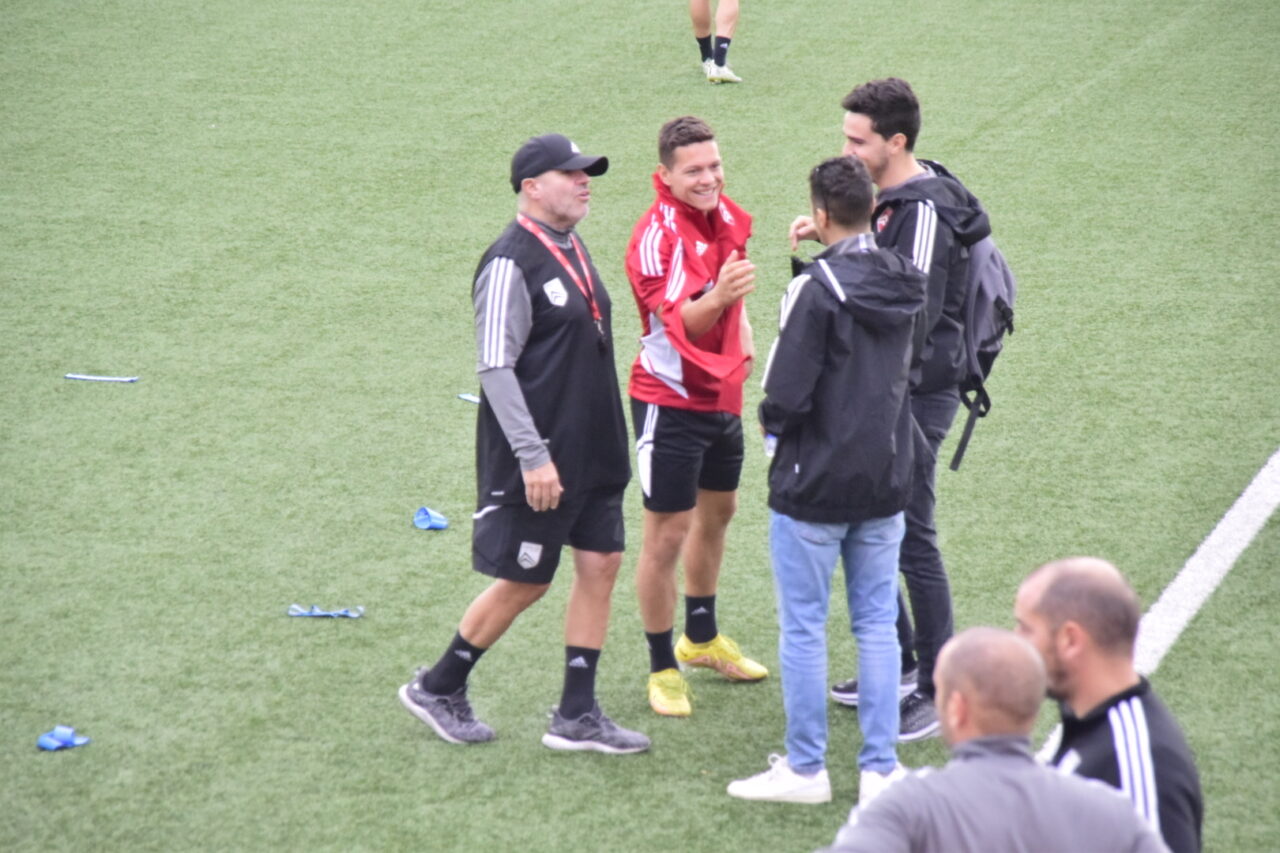 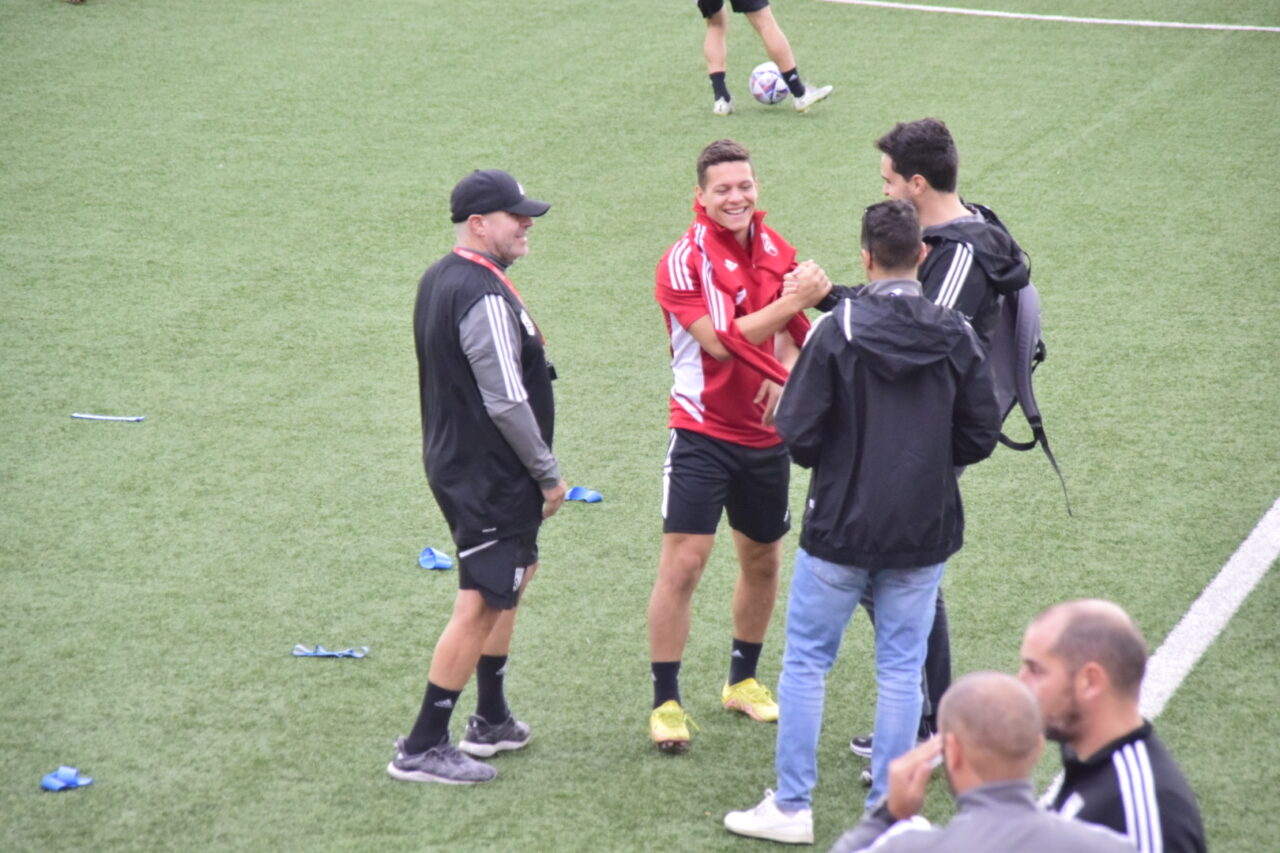 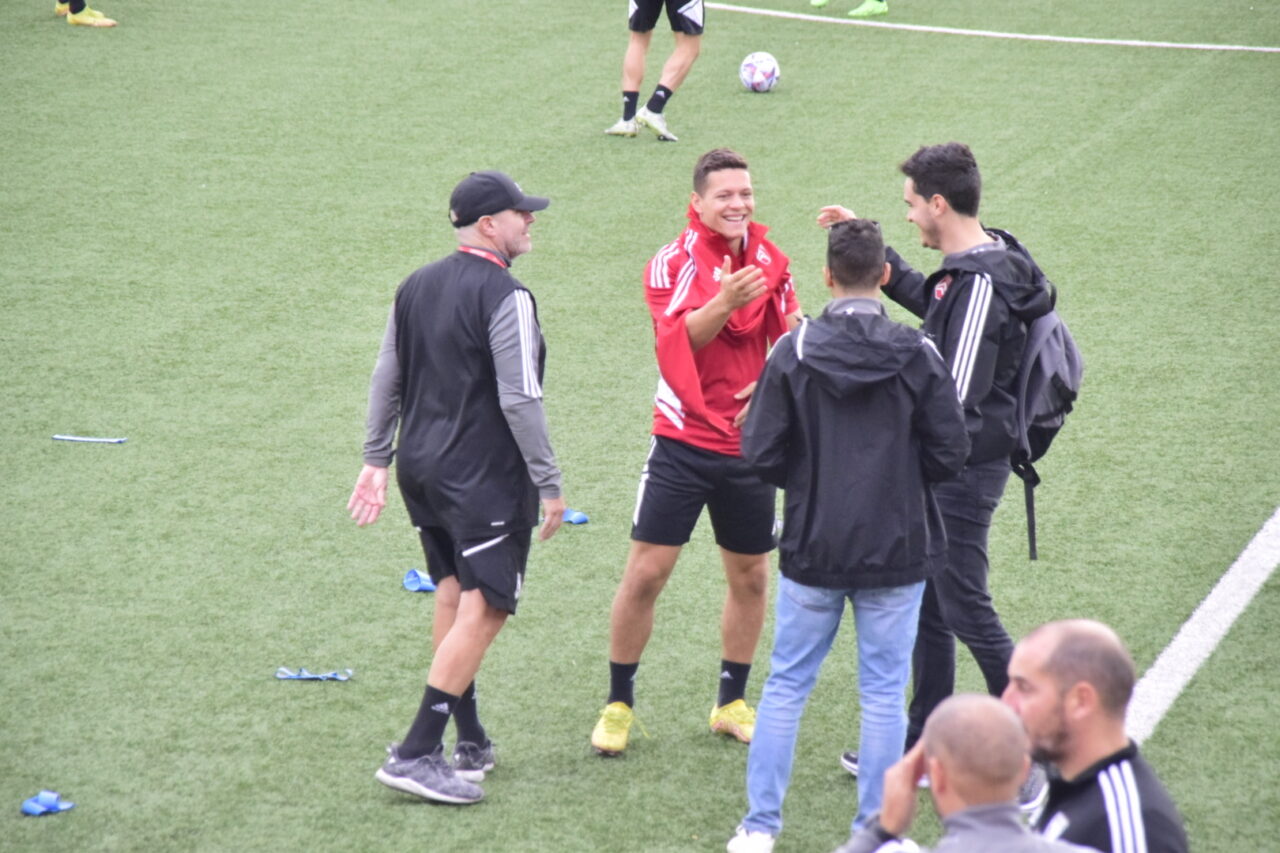 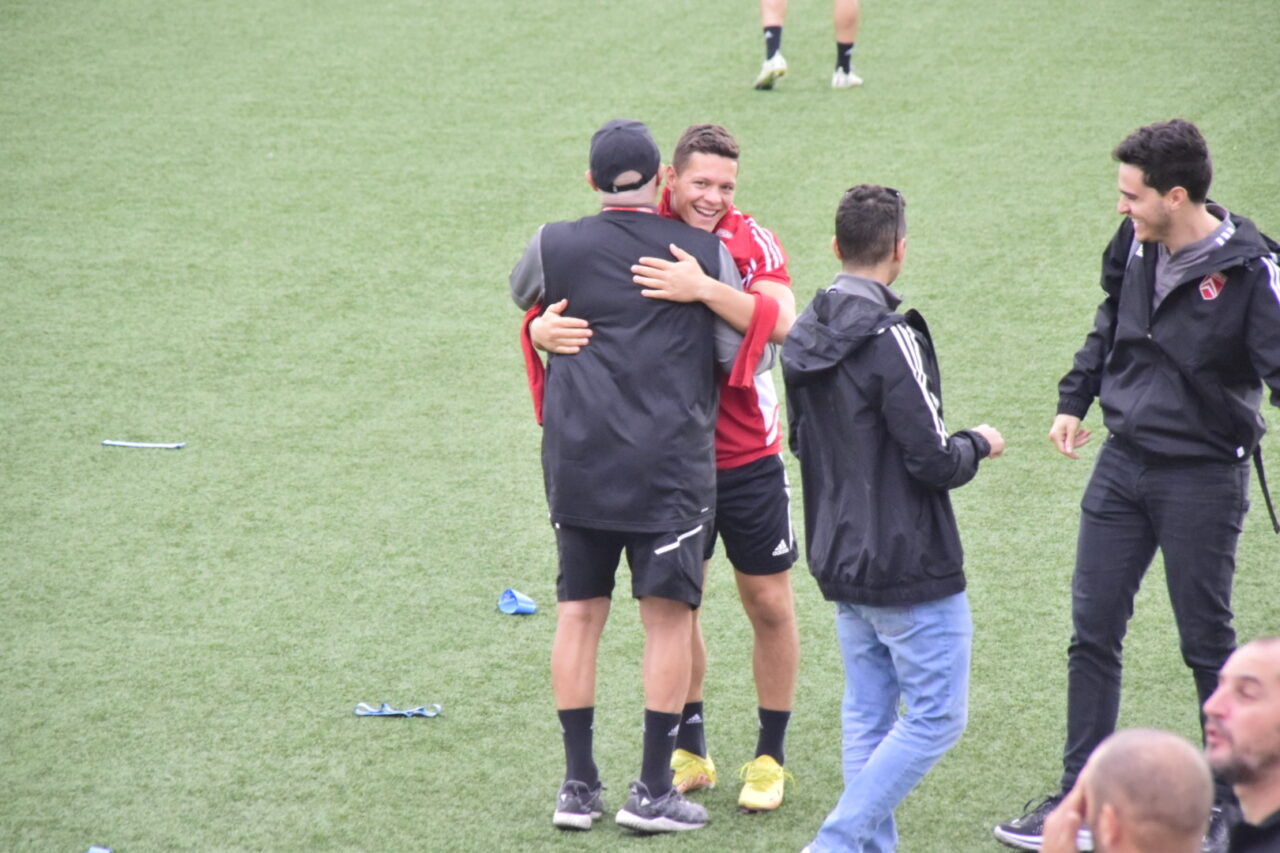 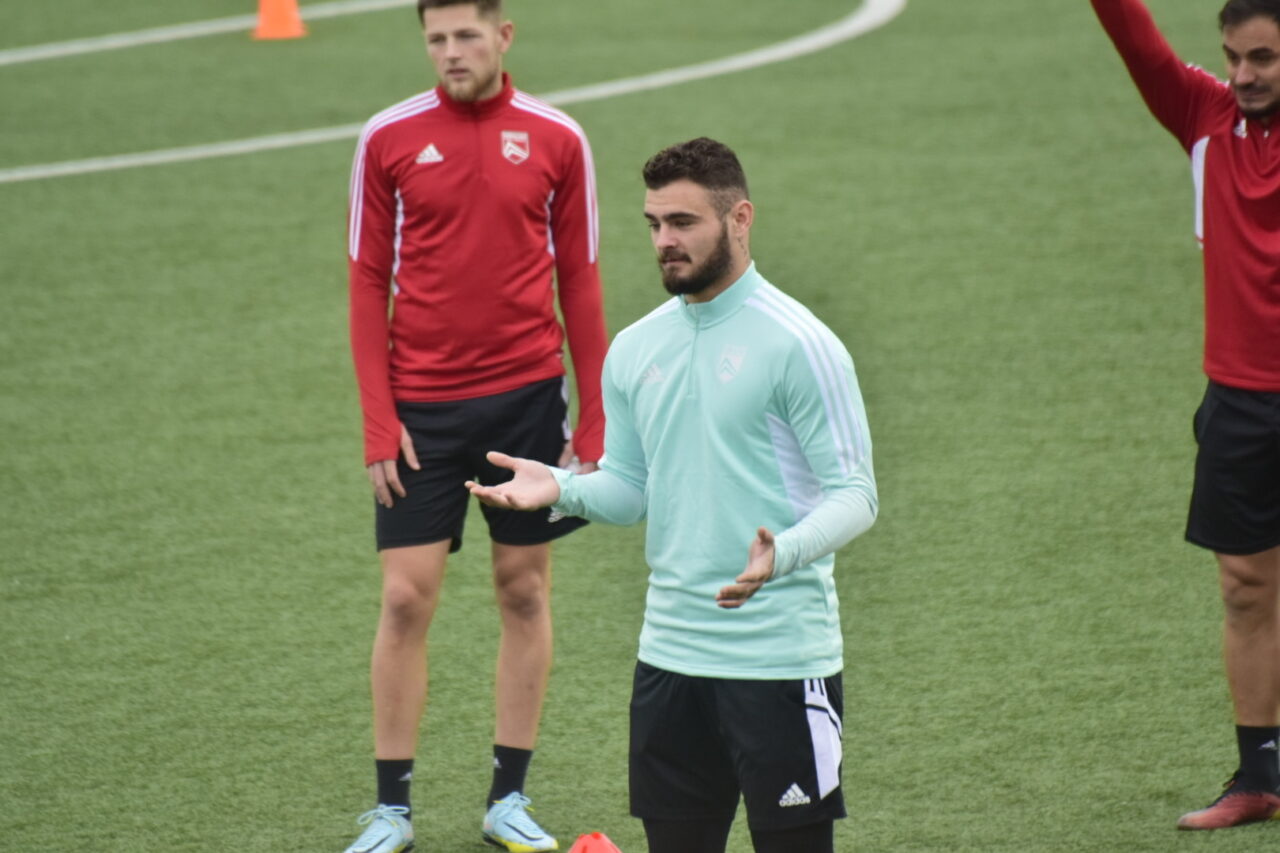 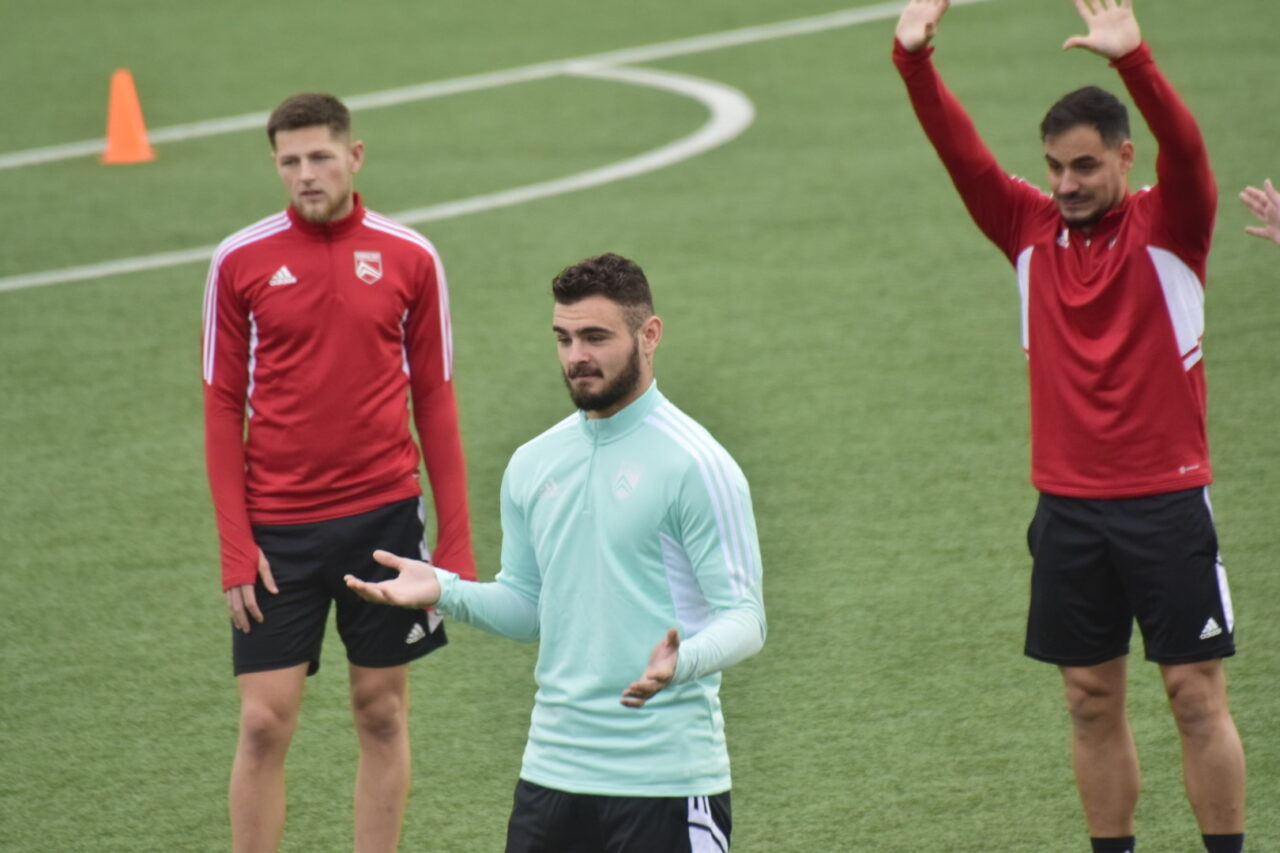 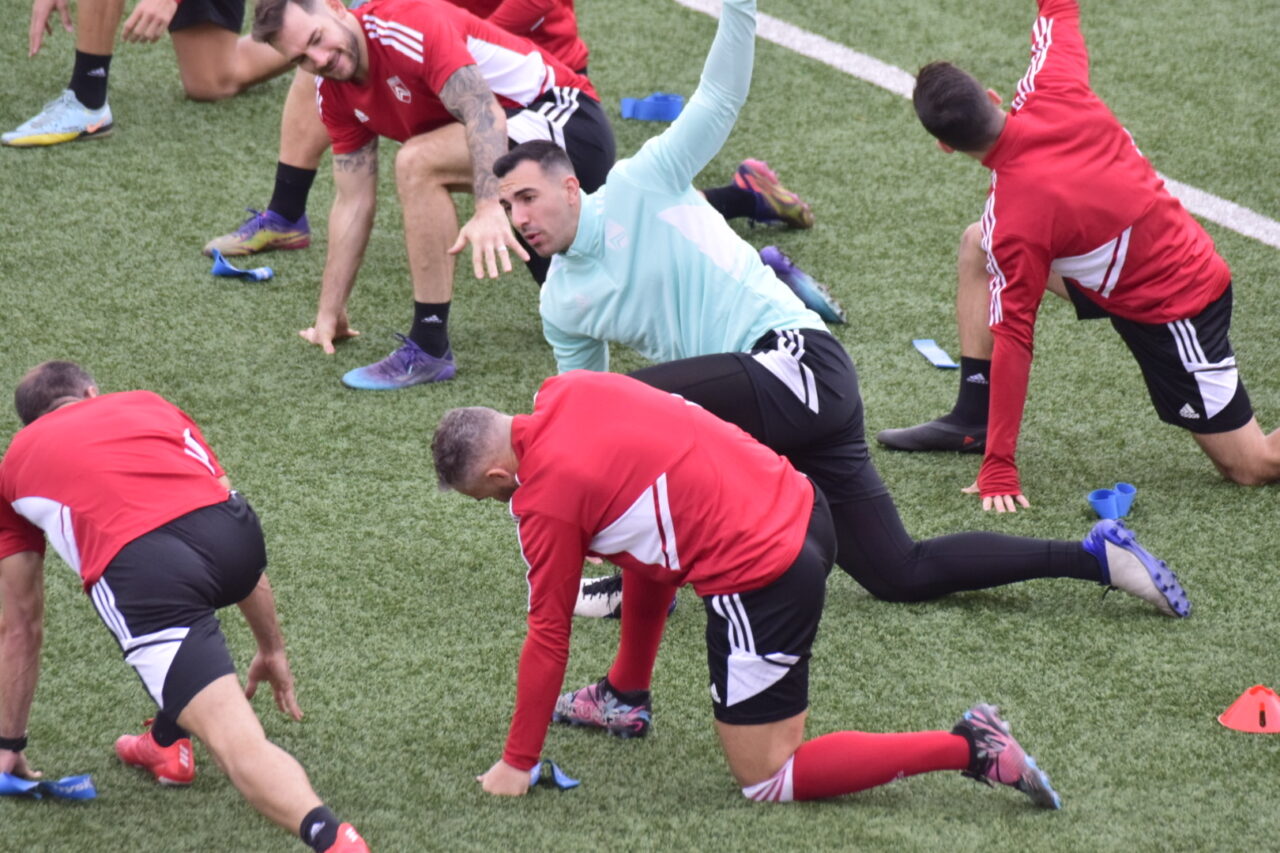 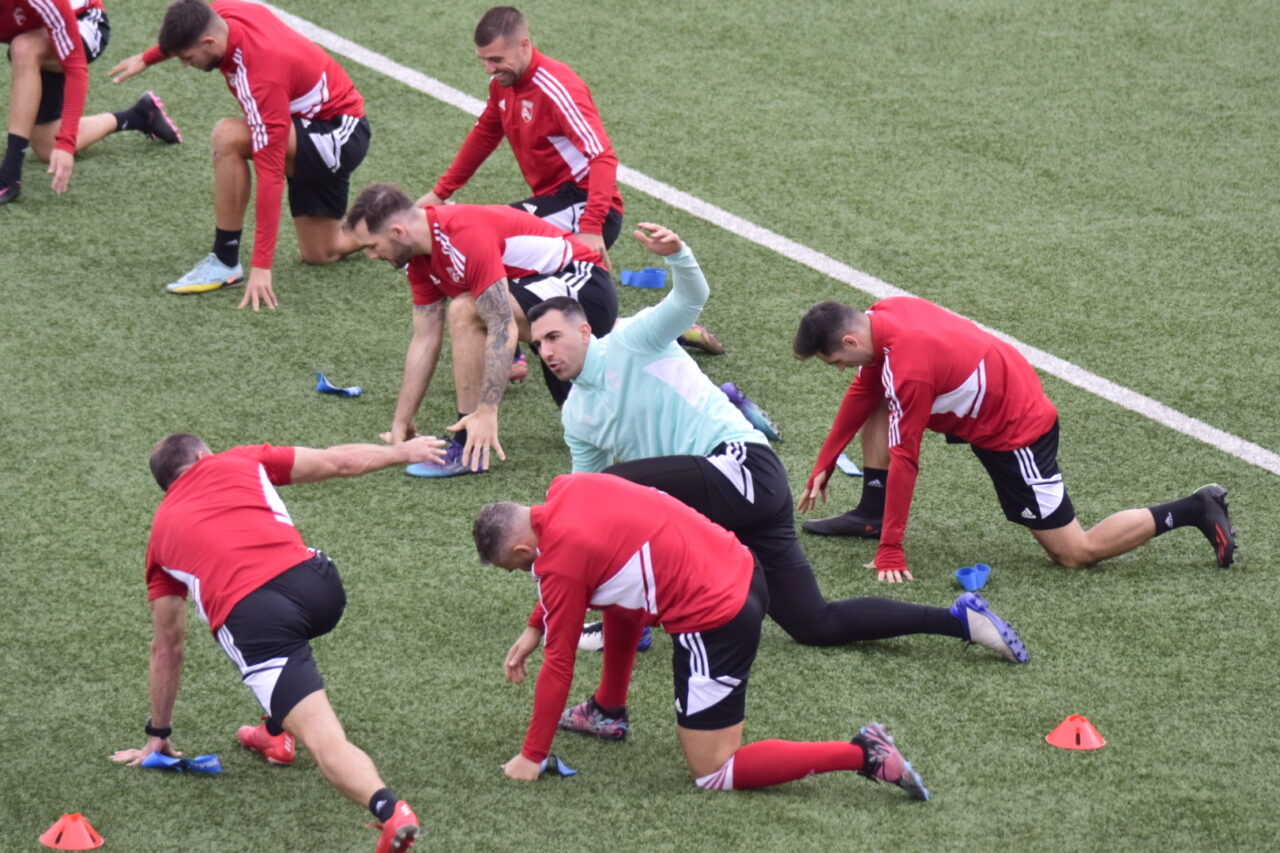 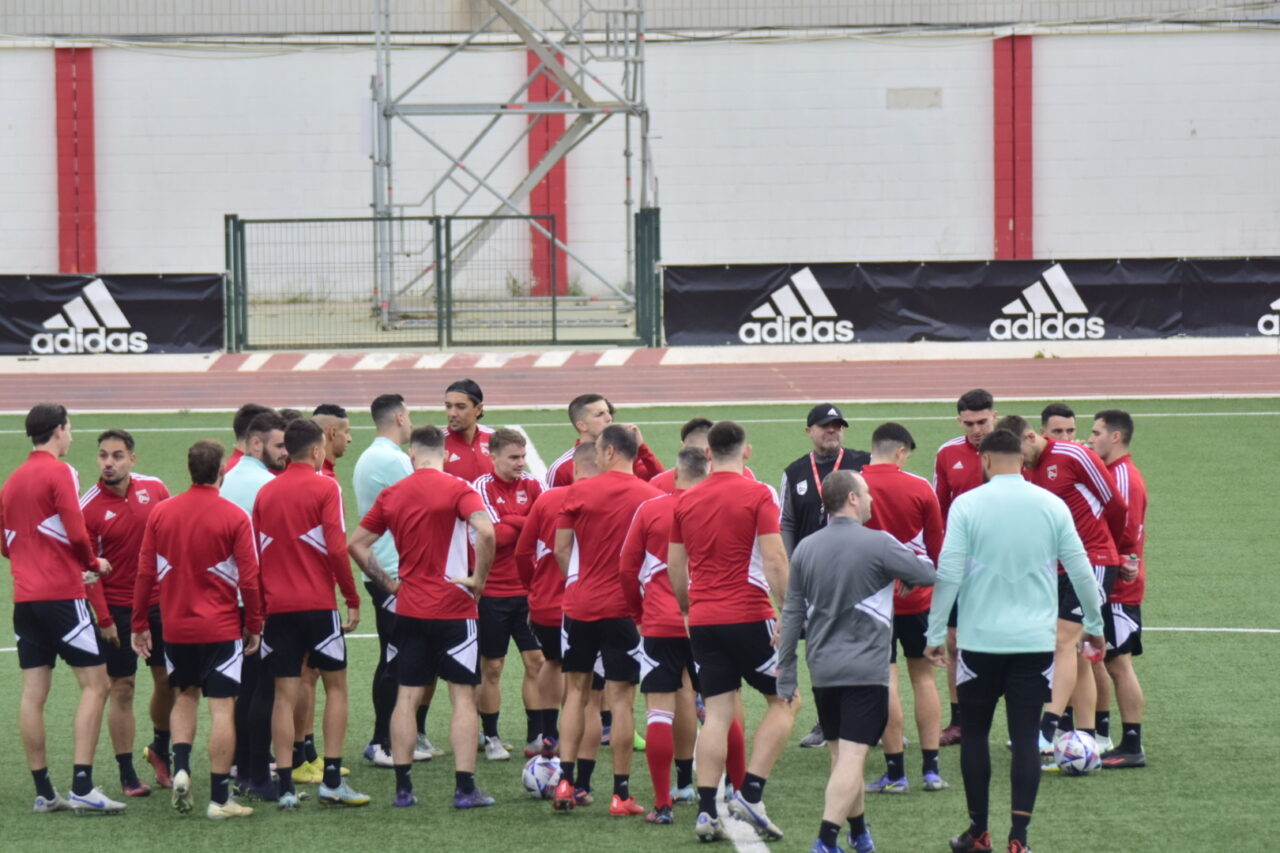 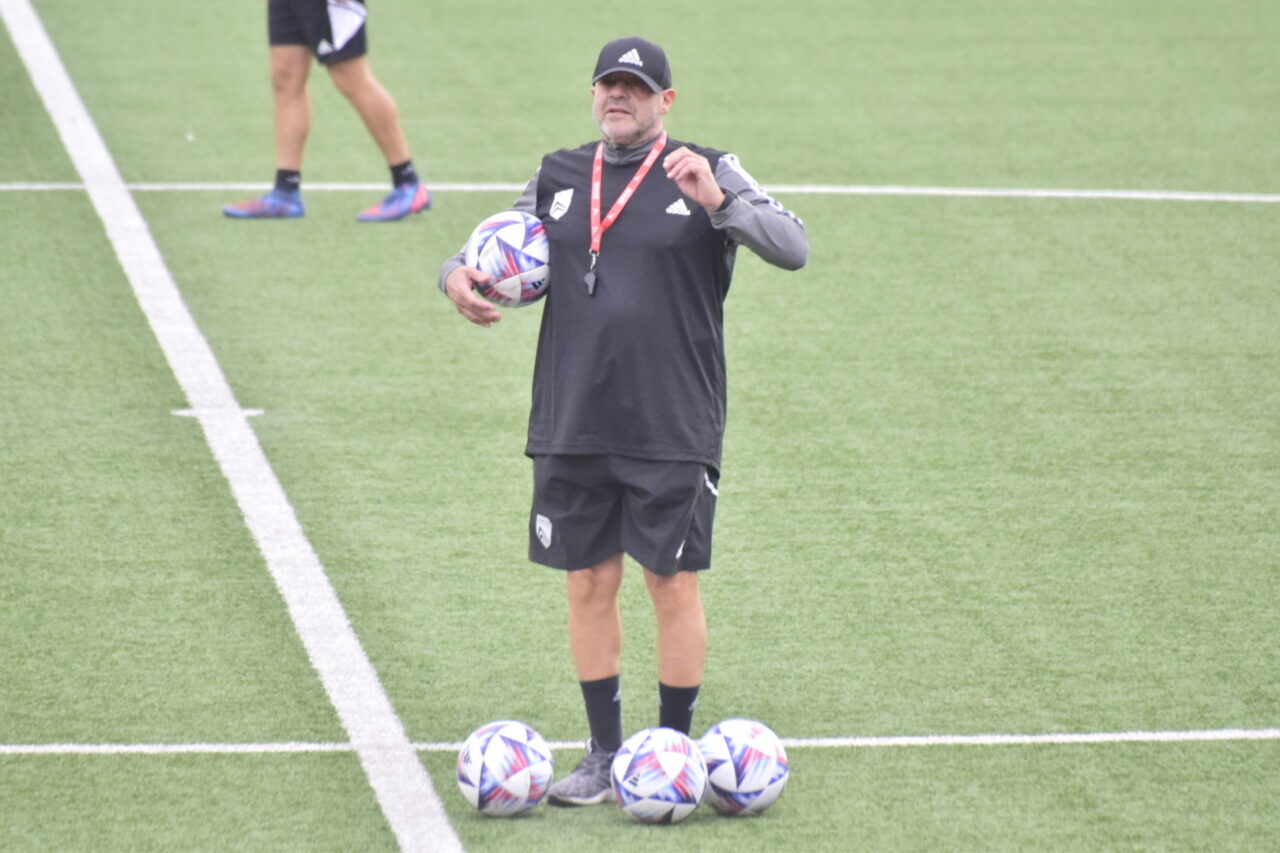 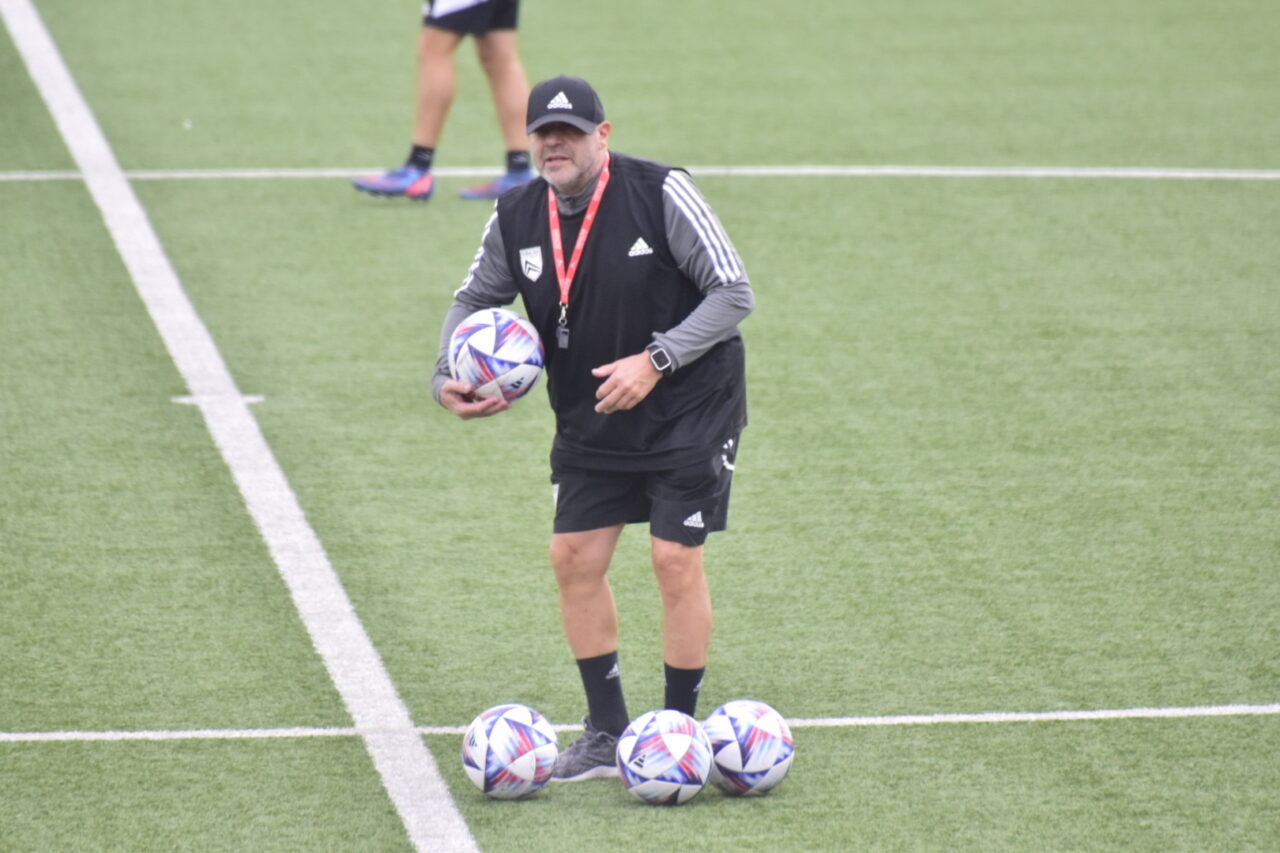 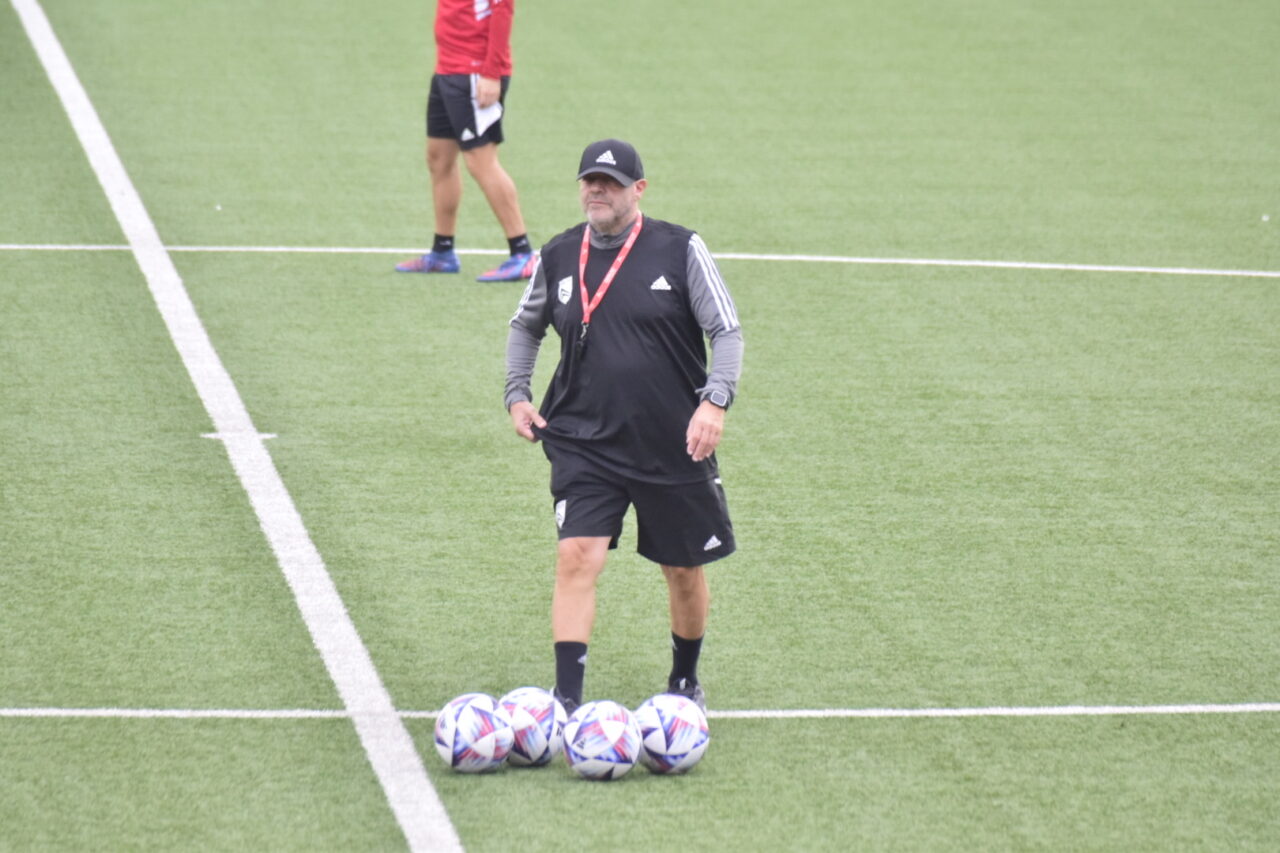 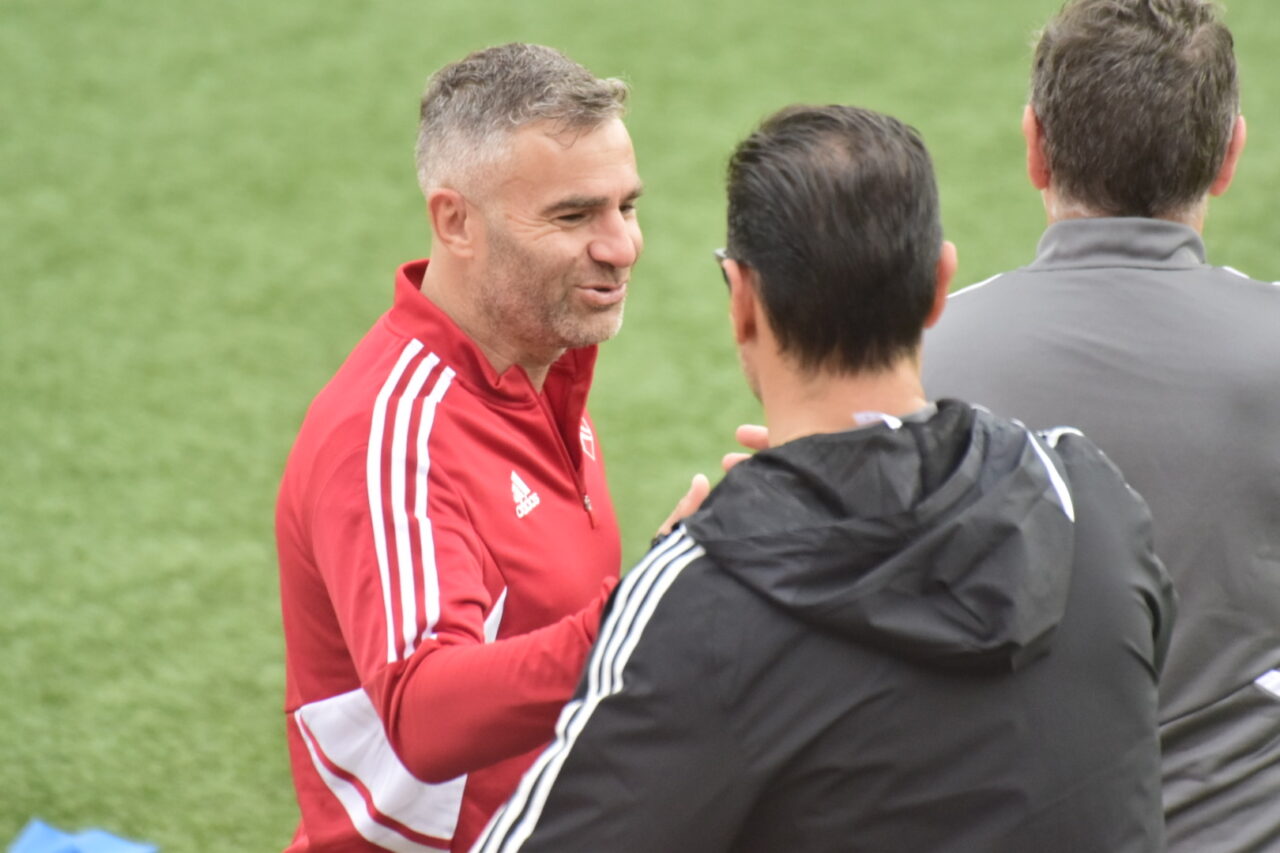 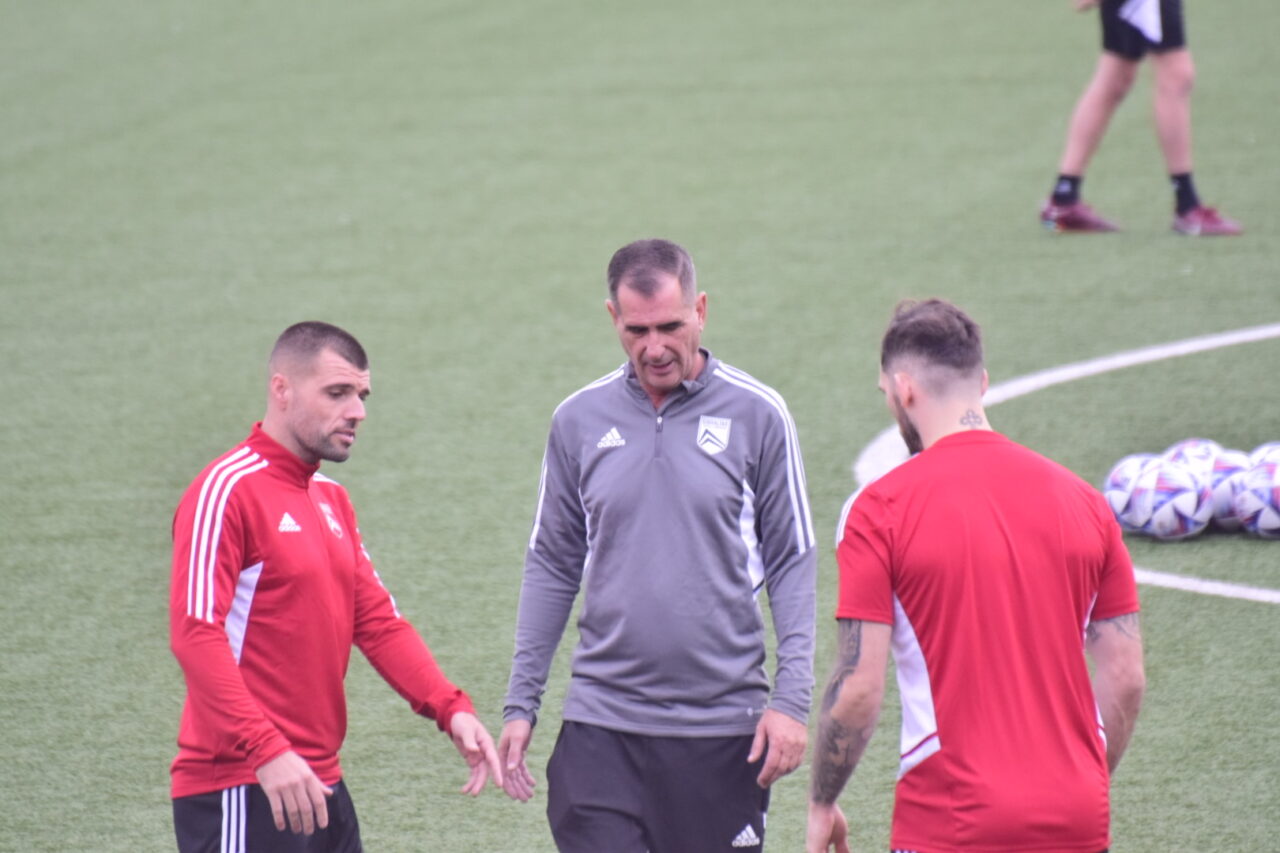 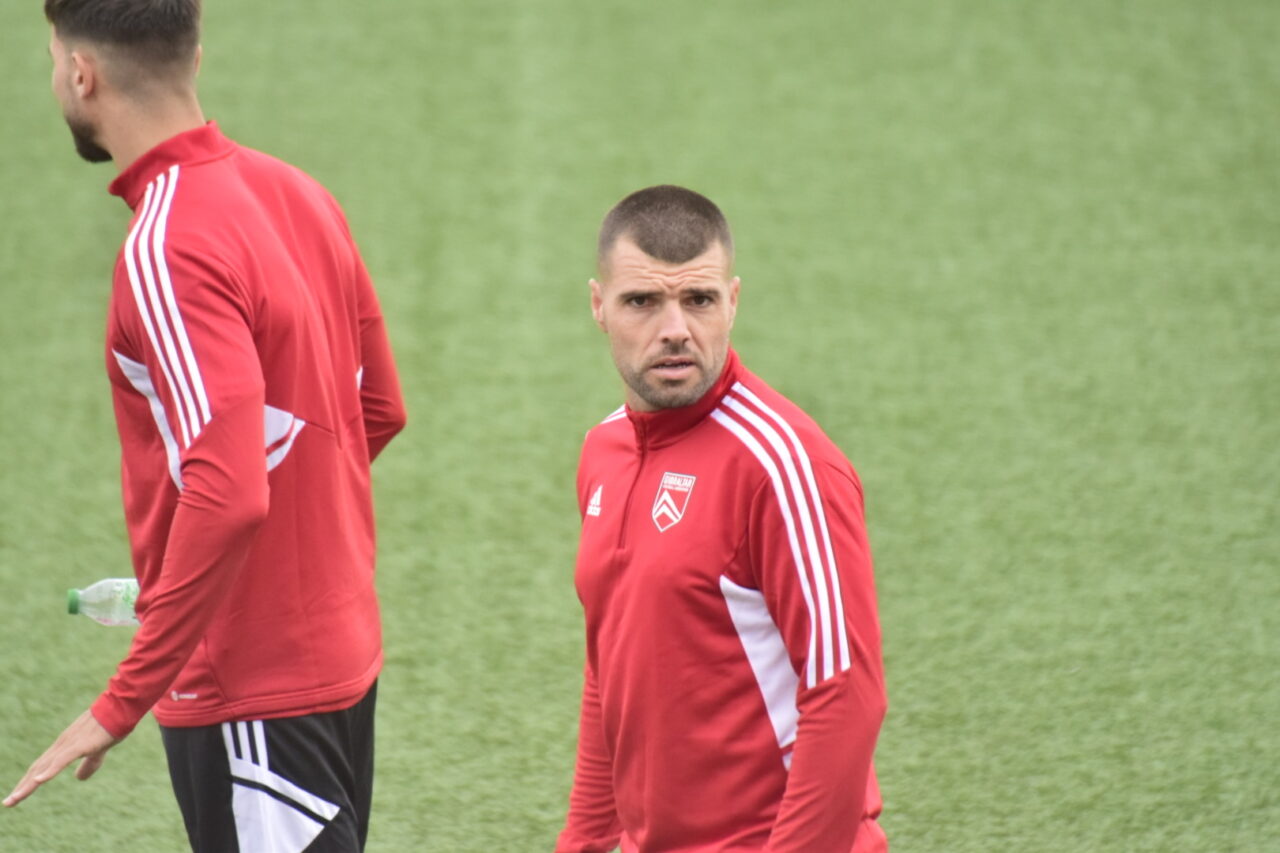 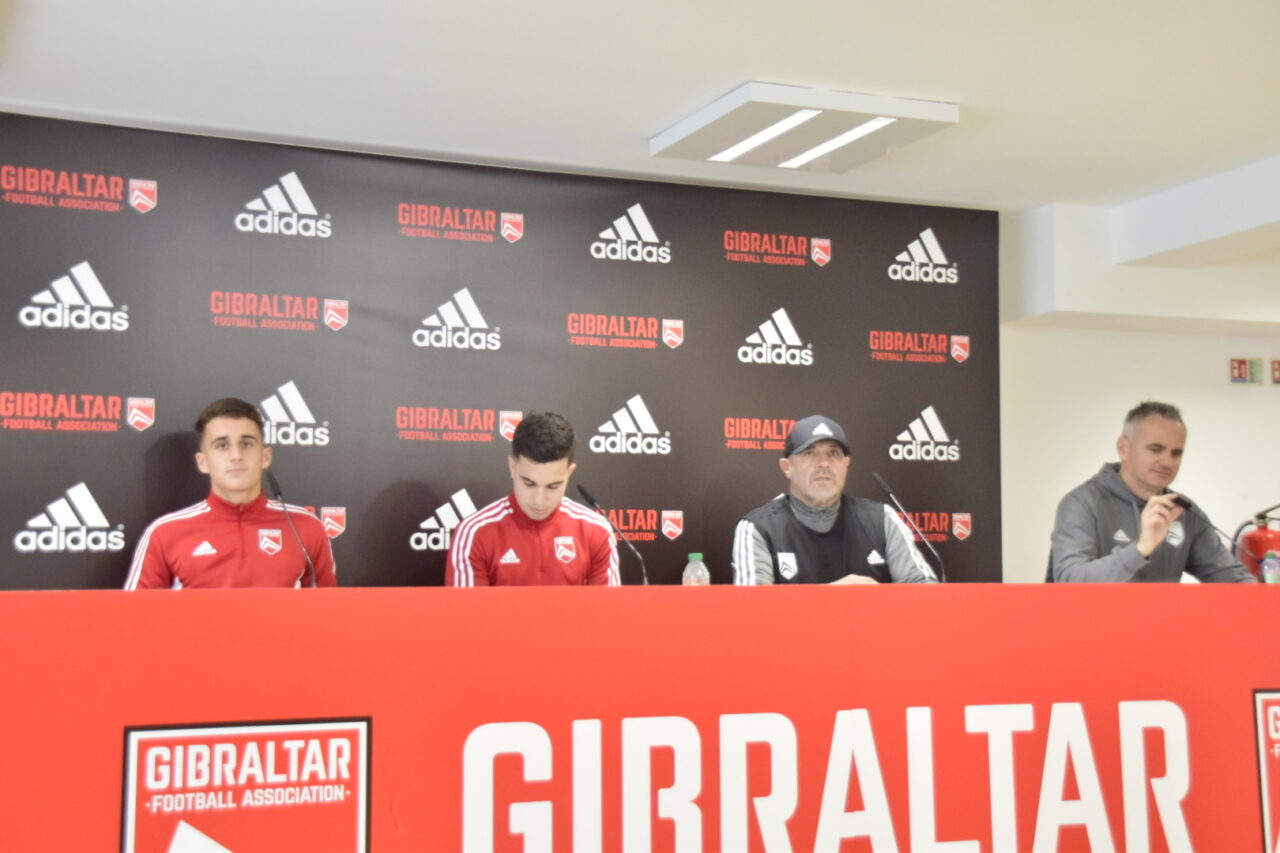 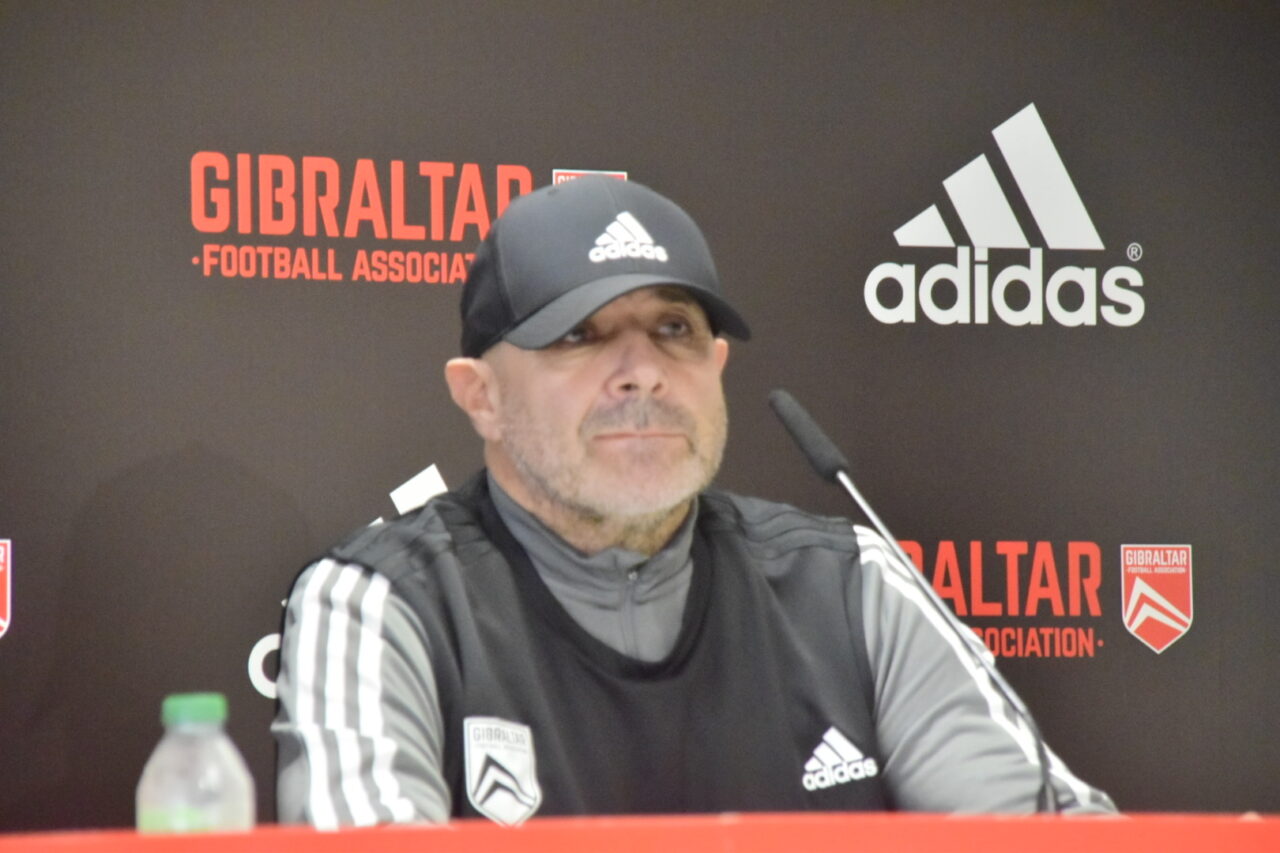 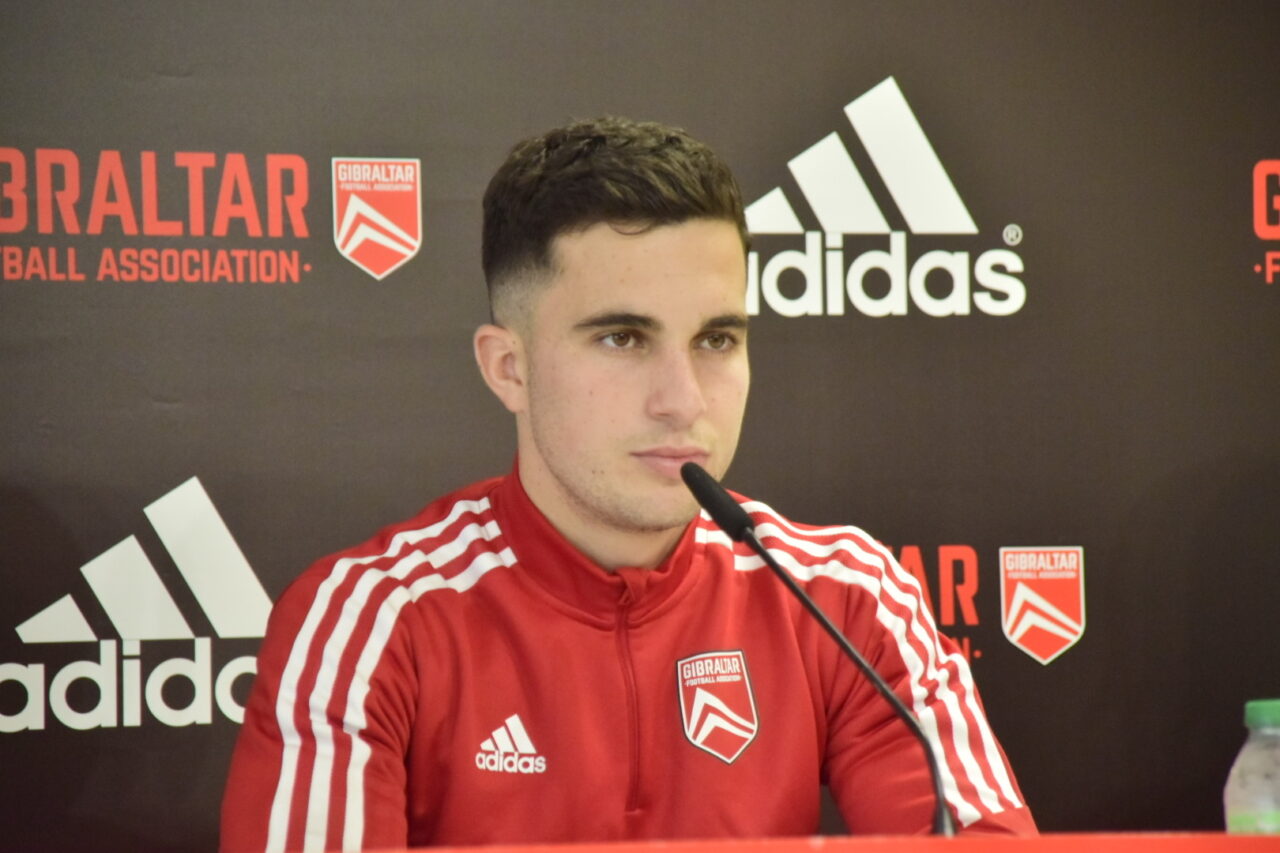 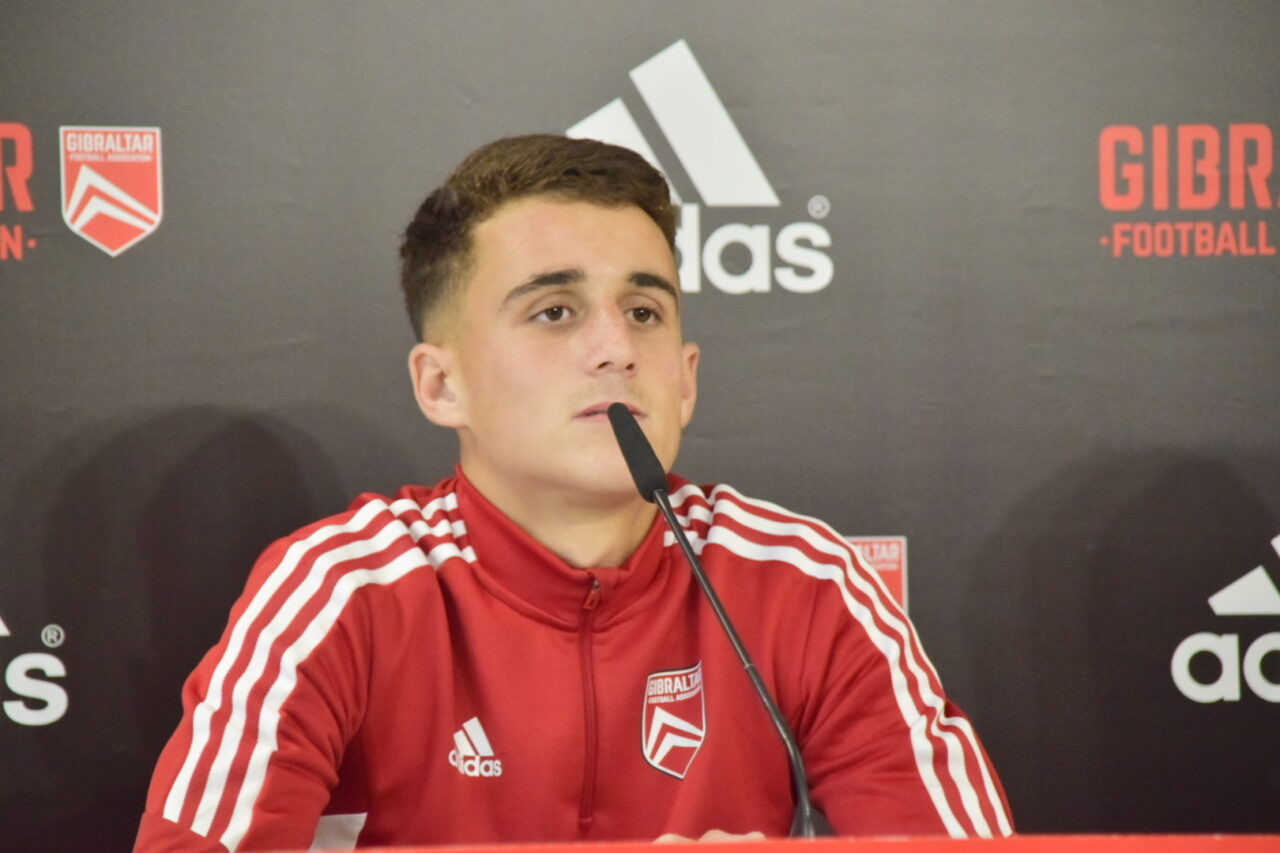 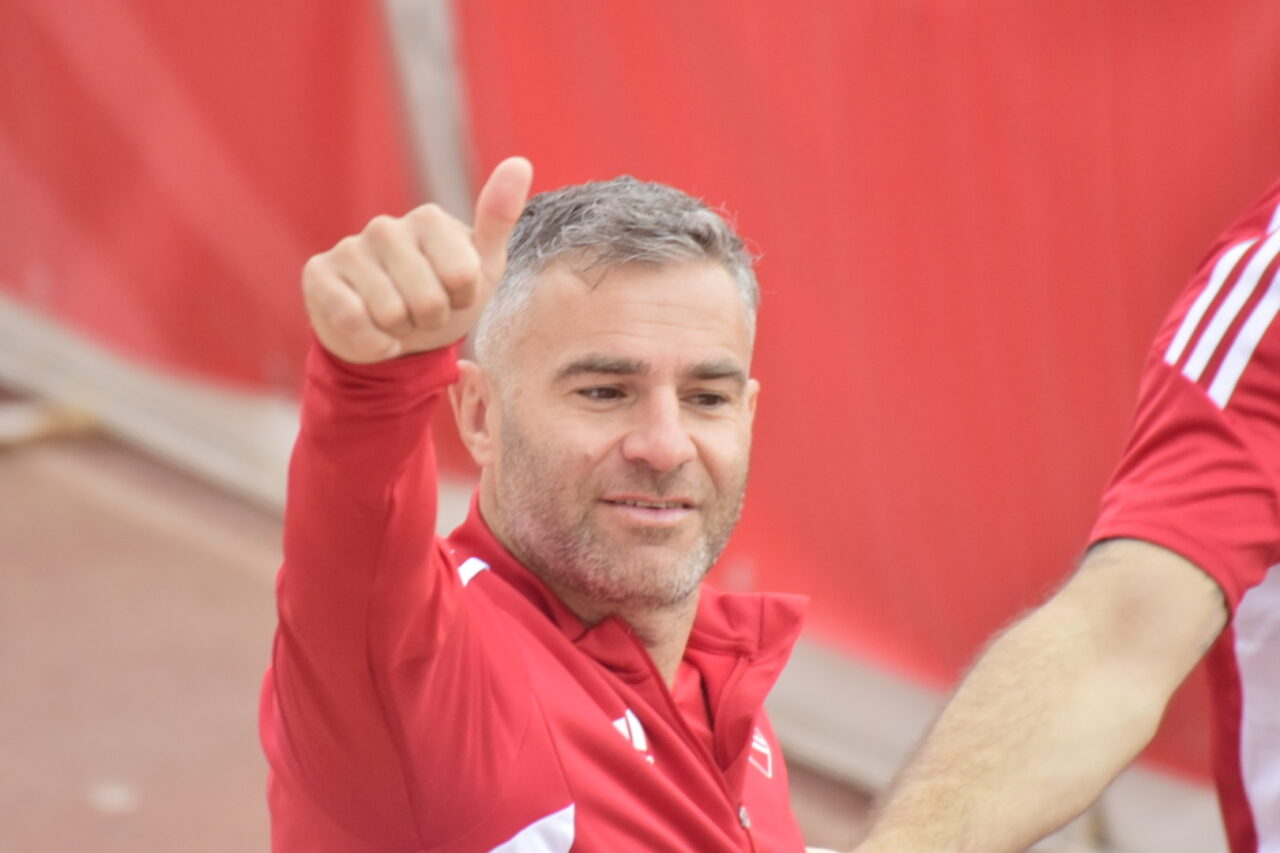