Gibraltar hockey’s national squad start their European Championship qualifier campaign in Scotland with the first match against the hosts this Wednesday evening.
Gibraltar’s first match of the Eurohockey Qualifier D against hosts Scotland will start at 19:00 hours (20:00 hours Gib time) with fans able to watch matches via live-stream on eurohockeytv.org.
Already Gibraltar’s arrival in Scotland has seen them pick up their sticks and head for the practice fields where they have faced a Scotland Under 21.
Describing the practice match Gibraltar Hockey wrote this Tuesday;-
“Having only flown into Glasgow the same afternoon, it was a tough ask for the Gib team who took most of the 1st quarter to adapt to the fast tempo set by the home team. But the visitors grew into the game in the 2nd quarter, one counter attack chance going narrowly wide while continuing to repel Scotland's pressure. Scotland eventually took the lead late in the 2nd quarter with a superbly taken backhand shot from a short corner rebound.
“Third quarter saw further improvement in build up play from Gibraltar but lack of precision in attacking third let Gibraltar down on numerous occasions. Scotland scoring on the counter attack from one of these breakdowns. A third goal in the final quarter after some tired defending was enough to secure a well deserved 3-0 win for the hosts. Much to improve on but with so much improvement evident throughout the match, despite having had a long day of travelling already, the Gib side left Uddingston hockey club with a positive feeling about the week ahead.”
Gibraltar will face three matches this week. Following their match against the host they will next face Switzerland and then Wales. 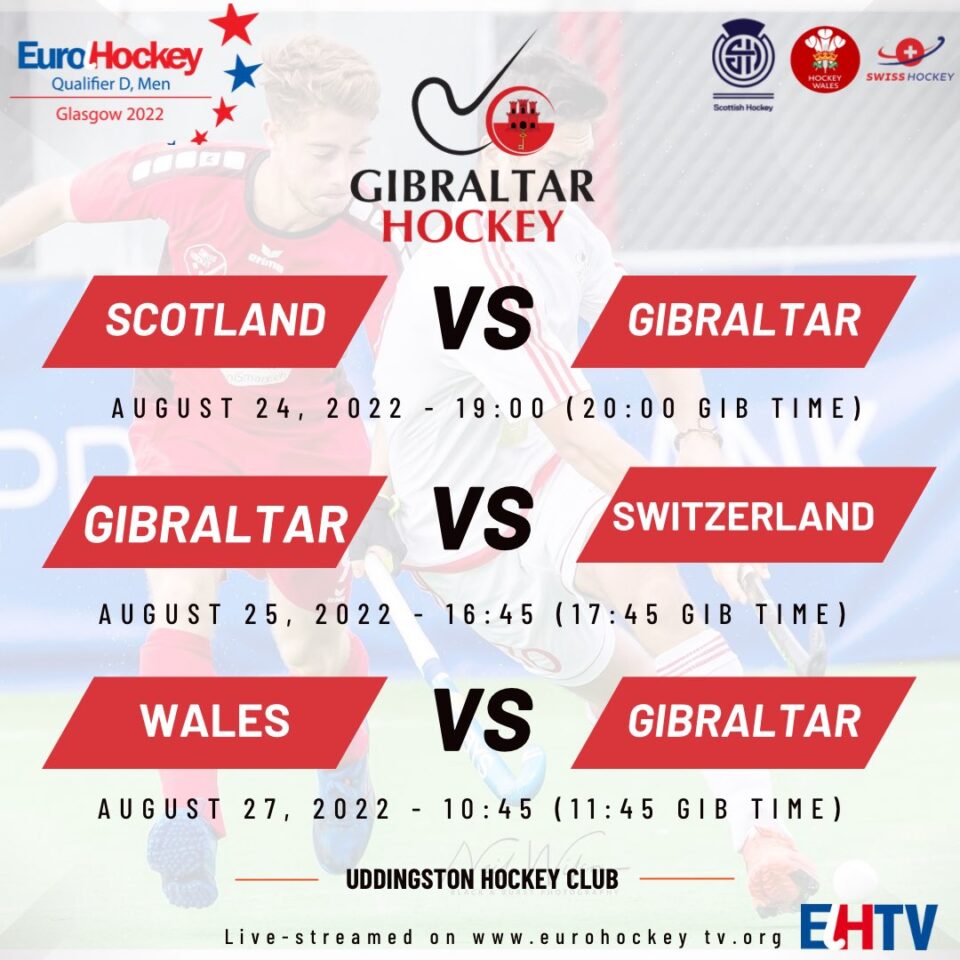