Gibraltar in the 4x100m sprint finals

Gibraltar will be running in the 4x 100m men’s relay finals on Friday after finishing third in their heat with 44.18 seconds. They will be facing stiff competition, but will be /bidding for a medal with Gibraltar’s top sprinters already showing that they can compete at this level.
The women’s were not as fortunate finishing fifth in their heats with a 55.69.
In the 800m finals this Tuesday evening Cameron Payas was only able to finish in a time of 1:59.20 finishing in eighth place. The final was won by Seumas Mackay from the Shetlands who finished with a 1:53.18.
Gibraltar will this Wednesday be looking at the 1500m heats where Harvey Dixon, who reached the Commonwealth Games finals will be making his appearance for Gibraltar. 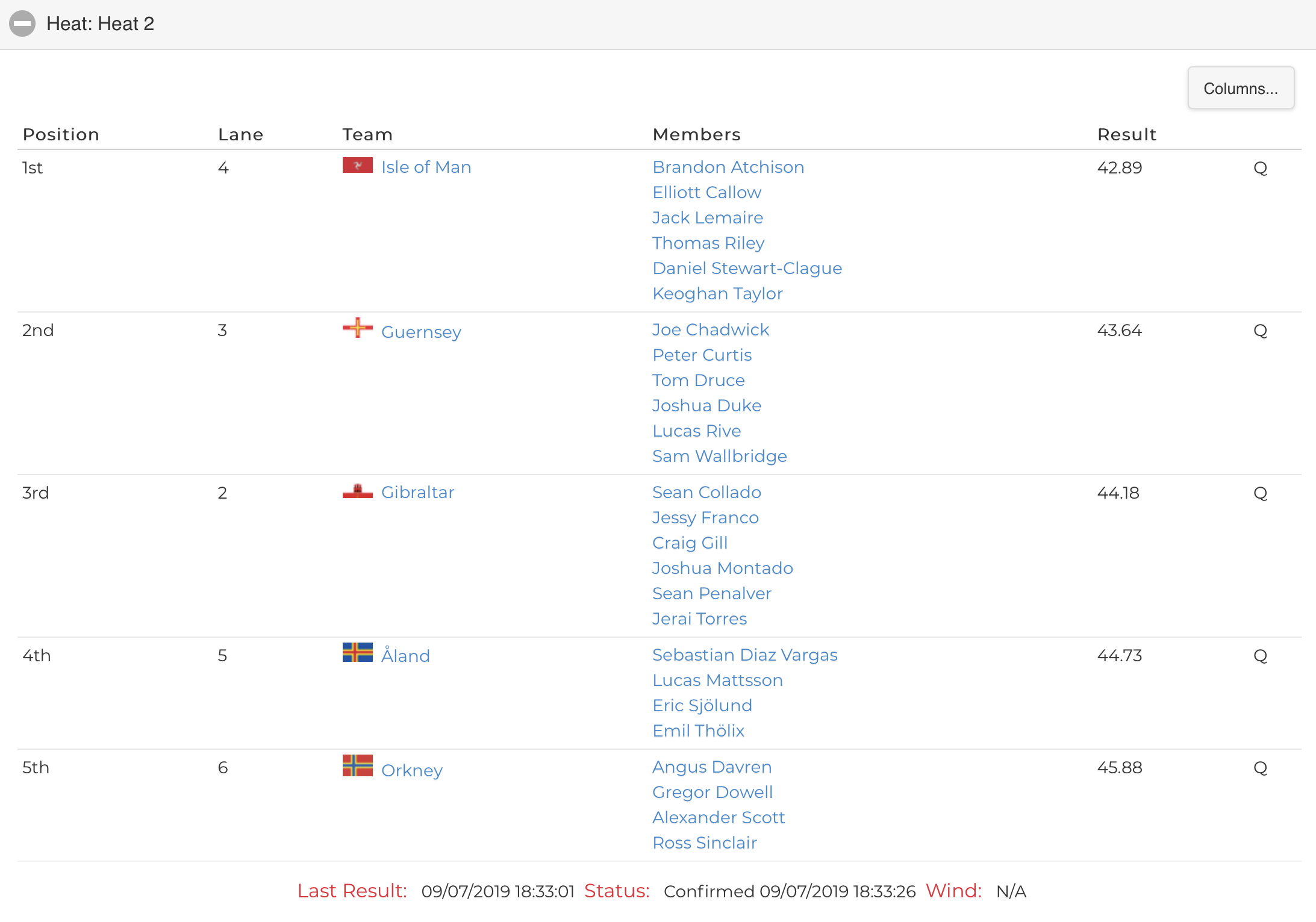