Since April 22, World Earth Day, the Chronicle has published an article each week that focuses on how people can help restore the planet and its environment. This series ends today on World Oceans Day and Chronicle Reporter Eyleen Gomez spoke to various individuals that work in or advocate for the marine environment. 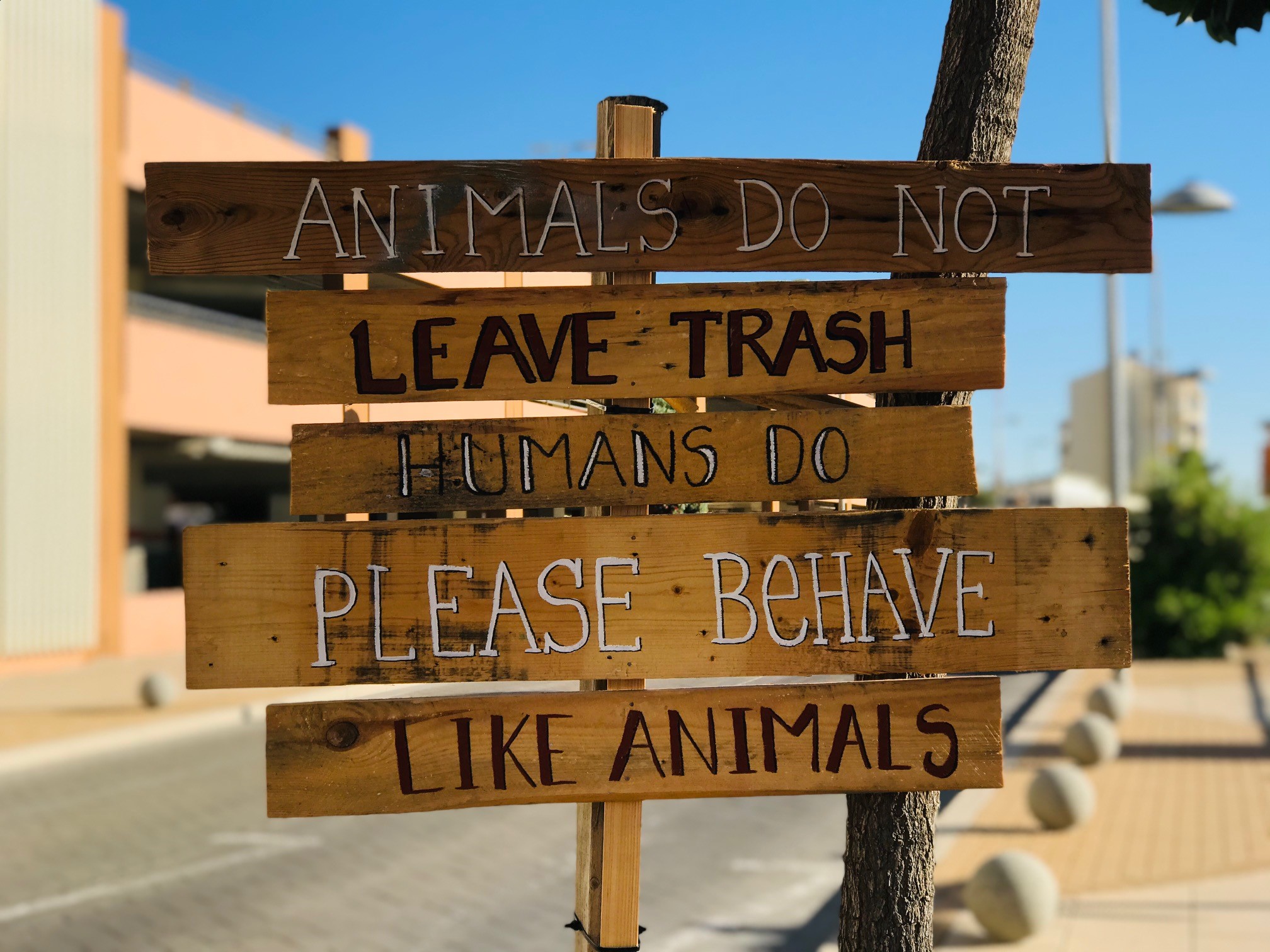 World Oceans Day was borne from an idea Canada had in 1992 at the Earth Summit, in 2008 the United Nations recognised June 8 as that day. This year’s theme is ‘The Ocean: Life and Livelihoods.’

Department of the Environment and Climate Change

Stephen Warr and Clive Crisp from the Department of Environment and Climate Change marked World Oceans Day with the department at a clean up event held last Saturday.

They spoke to the Chronicle about the biggest threat to Gibraltar’s local marine life.

“It is difficult to pinpoint one there are a number of threat. However, it is unquestionable that human activity has an impact on the marine environment in many ways, in many forms,” said Mr Warr.

“Be it pollution, that can be air pollution, under water noise, it can be chemical pollution. It is a mixture really and a lot of work has gone into trying to flesh out the different strains of what the impacts on the marine environment are and how it should be monitored.”

Gibraltar follows the approach that the EU follows and is legislated under the marine strategy directive which has a list of different descriptors that countries need to be monitoring. 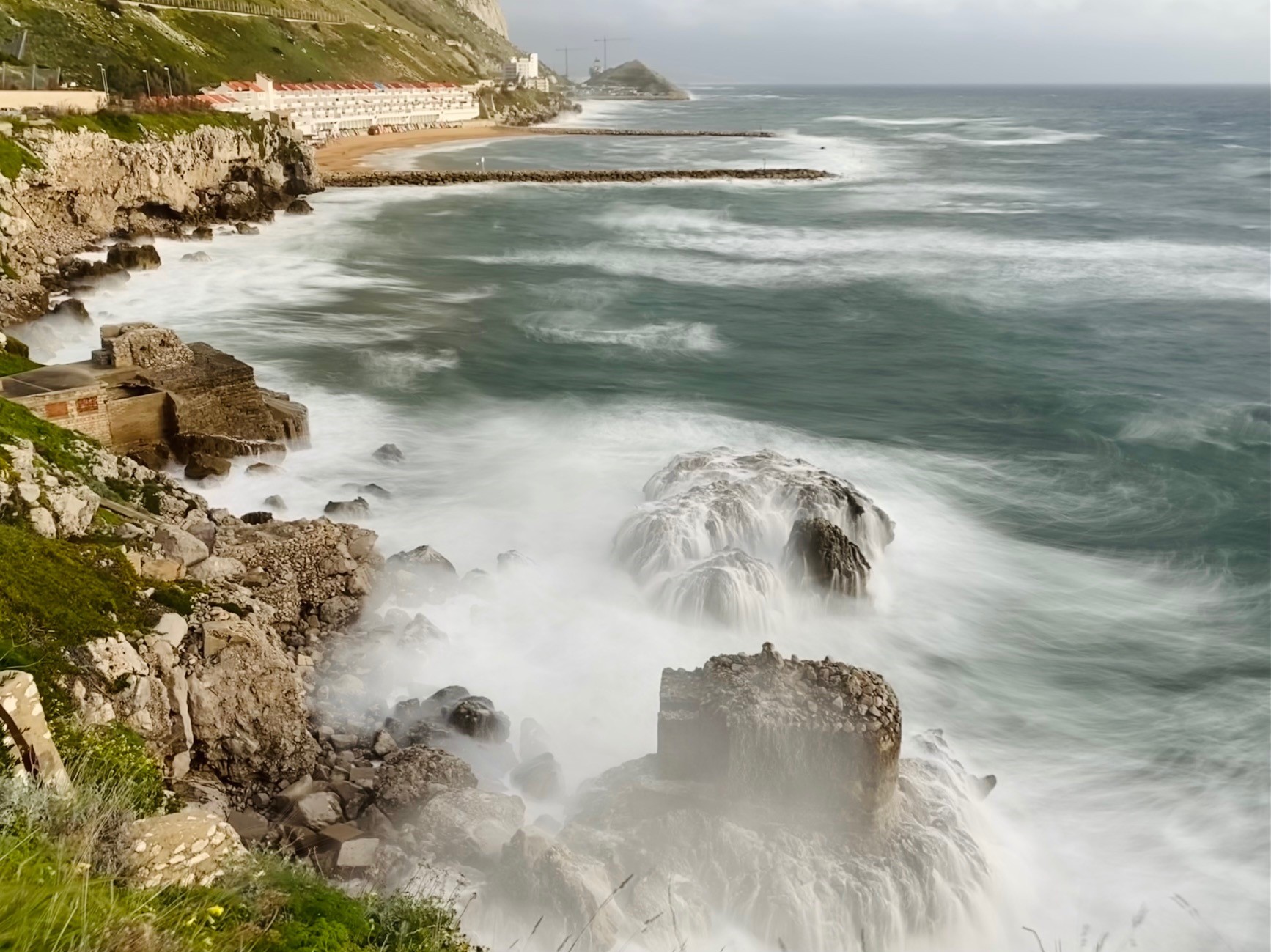 These descriptors range from monitoring mega fauna like dolphins and turtles to monitoring the food chain and marine litter.

“You can see how this work ties in nicely with our wider surveillance programme which is being carried for BGTW,” said Mr Warr.

“It is a really big challenge, but we are not alone there are ports all over the world that face the challenges we face.”

When asked what people can do that will help the environment. Mr Crisp recalled a post he had seen recently that summed it up well.

“It was a blank canvas that said ‘what impact would I have on the wider environment just changing my ways said 8 billion people’,” he said.

Things like picking up bits of litter, reporting oil patches on the water, recycling are examples of these changes he said.

“Which is very important and gives us valuable information as well. For example monitoring fish is very hard and difficult to do and how do you quantify what species of fish are there when all you can do is reach depths of 30m when diving.” 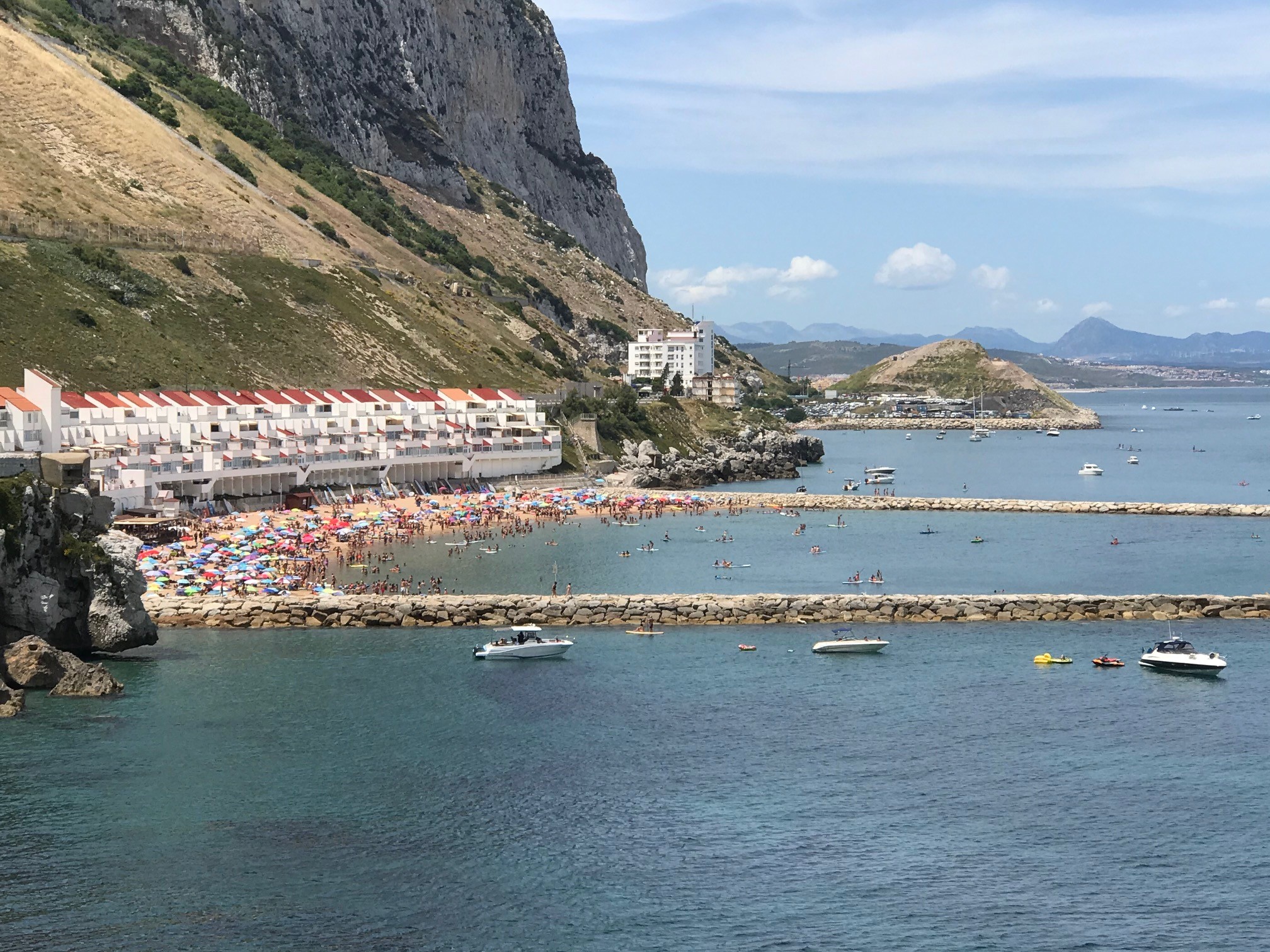 Mr Warr added NGOs such as the Nautilus Project are doing some sterling work.

“The Nautilus Project for example have developed the Nemo app which is really useful when trying to access what animals are found in our waters and what changes are happening and it helps us build a better picture of the status of our waters,” he said.

Mr Warr said one of the main threats to Gibraltar’s marine environment is an invasive species of algae.

This invasive seaweed is ‘Rugulopteryx okamurae’ Japanese seaweed that is plaguing the Strait and Bay of Gibraltar at present.

“It has been found elsewhere and its distribution is extending and we certainly notice it since we began monitoring it when it first starting appearing on our shorelines around 2016,” said Mr Warr.

This seaweed is a threat because it essentially smothers the seabed and it effects the fish that depend on this environment.

“Because it is affecting the marine environment, the algae, the coral which feed on the plankton, the fish that feed on the snails and so up the food chain. So the potential impact that the algae has is quite large and quite worrying,” said Mr Crisp.

Various studies are being conducted on how this algae is affecting the areas and at present there are a lot of concerning unknowns said Mr Crisp.

To reiterate how big a threat the algae is Mr Warr said: “If I were to give you a pair of goggles now and you go into the water in a lot of parts of our coastline what you would see is that seaweed. So it very visible.” 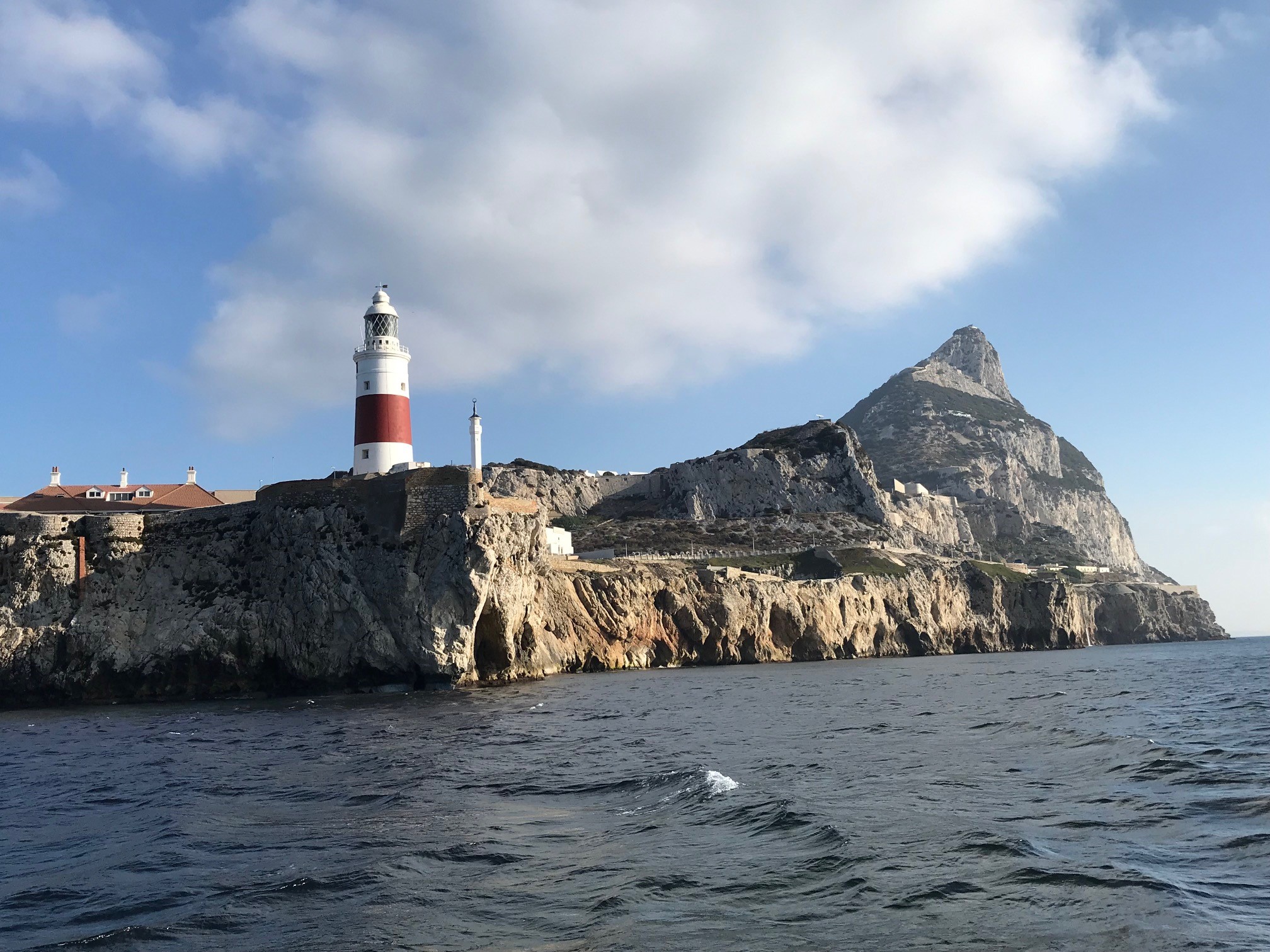 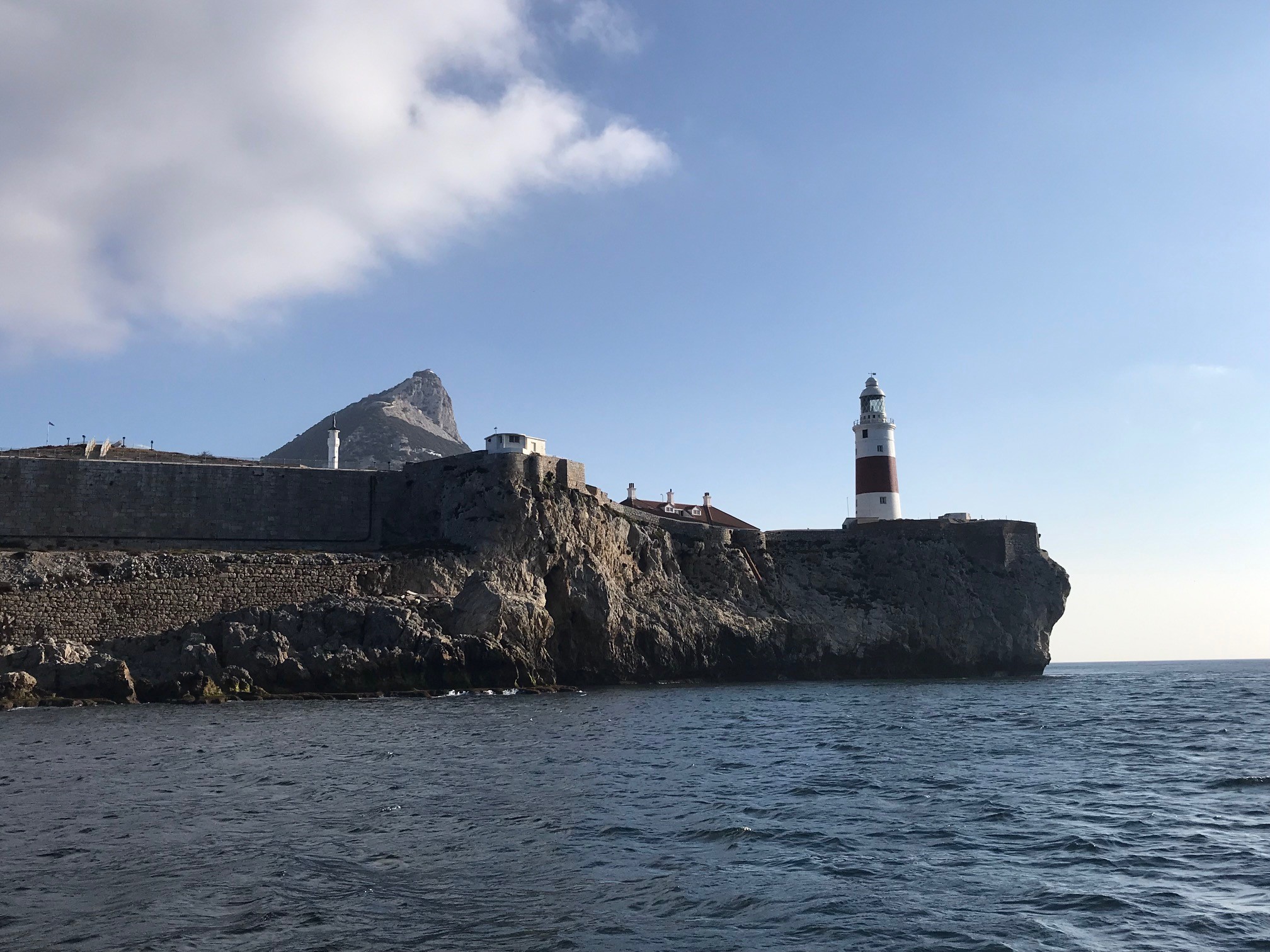 Dr Awantha Dissanayake runs the MSc in Marine Science programme at the University.

He explains why the study of marine science is so important for not just people in Gibraltar but globally.

“We gain a lot of benefits from the marine environment from the air we breathe, to the food we eat and we use it also as our playground,” she said.

“There are, however, wide ranging impacts that it faces such as marine litter and microplastics, overfishing and global Climate Change, to name but a few.”

“This is not a science problem but a society problem. We are all responsible for our environment and how we use it, particularly, if we want to ensure we pass it on to future generations in a healthy and sustainable state.”

Some of the changes to the study of marine science he has noticed include from scientists working alone for the purpose of scientific discovery, to that of an inclusive, participative model working with the public, industry and stakeholders for the benefit of all.

“For example, we have some great NGOs in Gibraltar that do great work in the community on raising awareness and science communication,” she said.

“The University is another important active member of the community and also collaborates with scientists around the world. Our Marine Science alumni are testament to those research collaborations and efforts.”

He was asked what he thought was the biggest threat to the ocean/seas and what can we do as individuals to change that or combat it.

“The biggest threat to our oceans is wanton neglect and abuse,” he said.

“We are all responsible and we have to make choices and changes in terms of our personal consumption from the food we eat to how we dispose of our waste – being custodians of the marine environment for our children and future generations.”

The Marine Science programme at the University of Gibraltar attracts students from around the world and are thought to be trained scientists.

“This year we have a range of projects working with local stakeholders on topics ranging from underwater noise, invasive species, jellyfish impacts, sustainability of ports and harbours and fishing impacts on cetaceans,” said Dr Dissanayake..

“This year, UniGib are hosting a deep sea conference INCISE 2021. Members of the pubic are invited to join in the free public engagement event where they can learn about deep sea submarine canyons.”

“We are also showcasing a Marine Science graduate, Ivan Hernandez whose work in conjunction with University of Gibraltar, University of Plymouth, UK and National Oceanography Centre, Southampton, UK, on assessing marine litter is being presented.”

“He has just been accepted on a PhD programme at the Univeristat Politecnica de Catalunya starting in October 2021 as a result of his work for his master’s dissertation.” 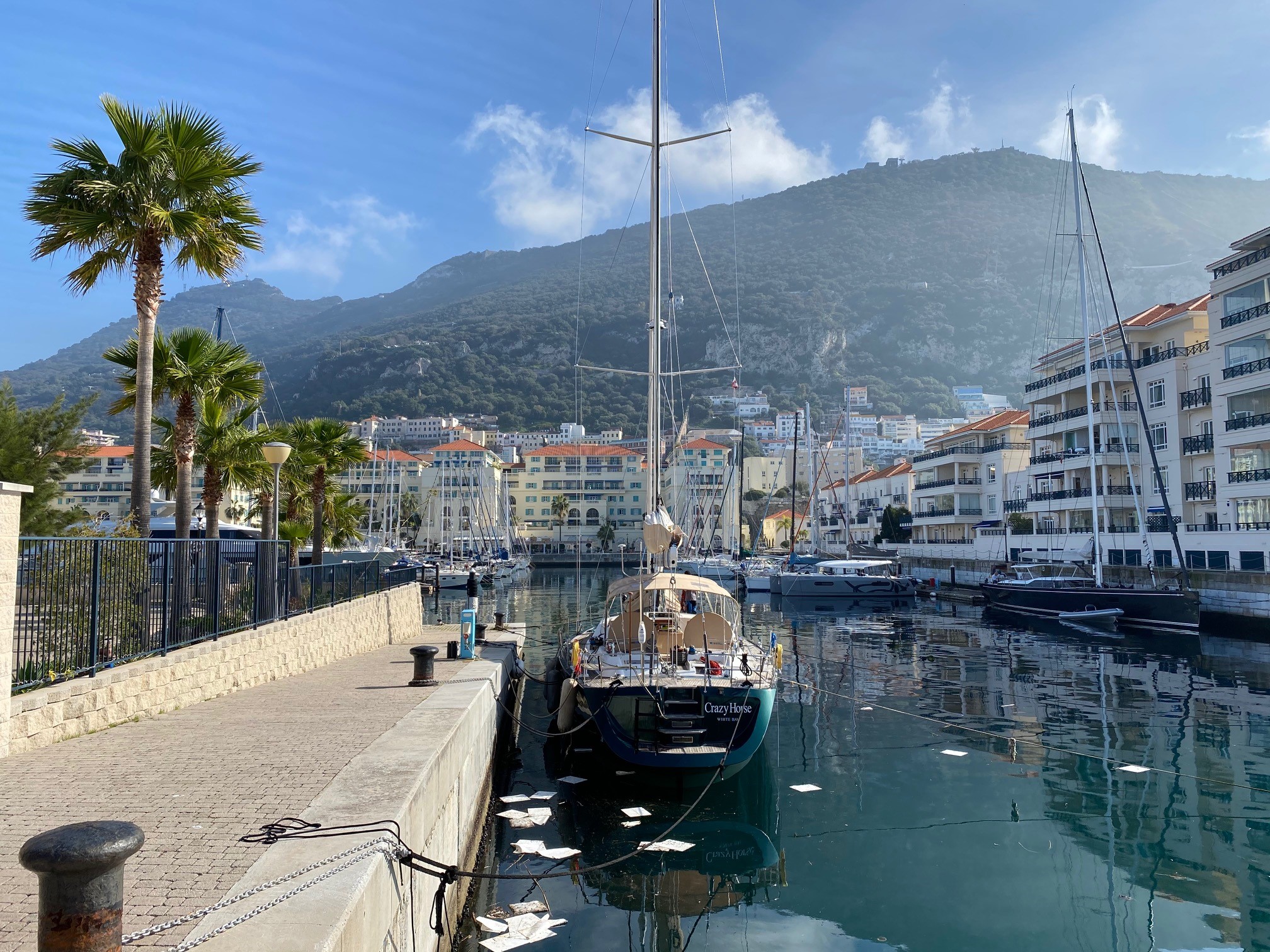 One person who together with his wife and his two stepsons spends many waking hours thinking, talking, educating and advocating for marine life, especially that of around Gibraltar is marine biologist Lewis Stagnetto from the Nautilus Project.

The project has two things planned for World Oceans Day 2021.

“We have the fifth annual school competition and this year the theme is thalassophiles so lover of the sea and the kids are being encouraged to put together some type of creative piece on the any of the animals that we have along our coastline,” said Mr Stagnetto.

“We have had a really great response and we have all sorts, from poems to even a mockup Chronicle piece of what Gibraltar would be like in the future. We have had rap songs sent it, all sorts.” 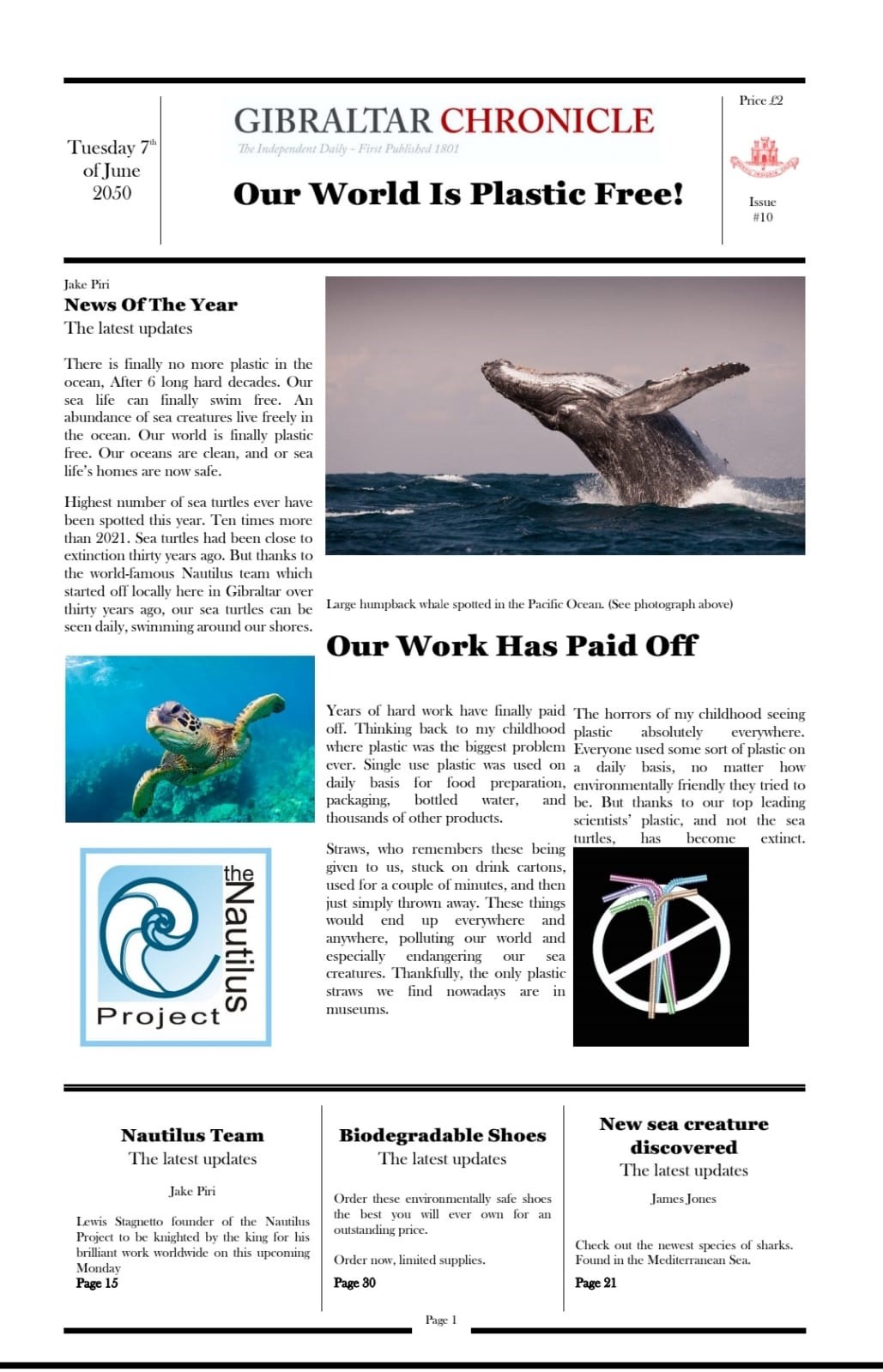 “It has been really good and it is fantastic to see the creativity in our children locally and how they have engaged with the content which is awesome,” he added.

The Nautilus Project will hold its third Gibraltar sustainable awards which is aimed at businesses, clubs and organisations. The awards gives them an opportunity to showcase the changes that they have made over the year.

While the focus for World Oceans Day has been children and businesses, clubs or organisations Mr Stagnetto also had a message for everyone.

“I would really like to focus on the fact that post Covid lots of our attention has moved away from the natural world and into our direct sphere of influence and sometimes coming out of that the environment is typically one of the sectors that suffers the most,” he said.

“And, we turn our attention away from what we should be doing with the environment.”

“Keep it local including our charities that work for us locally,” he added.