After beating hosts Isle of Man in their first encounter in the Europe Netball Open Challenge Gibraltar today play against Switzerland and Cayman Islands. A gruelling two match schedule in which Gibraltar face one of their toughest matches after the IOM.
The Cayman Islands this morning started to push the IOM to the limits at one time taking the lead in the first quarter but losing it in the second. Half time finishing at 25-16 for the hosts as the IOM upped their gears towards the latter part of the second period.
They were to be defeated by the hosts by a resounding 59-26 which should set the tone for Gibraltar’s chance to finish top of the group.
The result means that a victory for Gibraltar against Switzerland against whom they play at noon this Friday could keep them in contention for the top spots and even place them in line to aim for the finals. Although as observers pointed out Switzerland was not to be underestimated and could still be a stumbling block to decide group positions and even place themselves in contention for top places.
The match against Cayman Island will, however, still be crucial to decide the final positions in the group with Gibraltar facing the prospect of aiming to complete their group unbeaten if they can overcome a strong Cayman Islands. Or even see all the teams with narrow margins.
The latter having played an exhausting match against the hosts this morning could favour Gibraltar who on paper have the easier start to the day. Cayman Island also had two key players injured against the Isle of Man which could impact their line-up.
The Caymans had set themselves up to challenge for top spots with a convincing victory in their first day of play with a 37-25 against Switzerland.
They, however, came undone by the IOM who extended their lead as from the second quarter.
The Cayman Island found themselves trailing 46-19 by the third quarter and looking defeated and exhausted. They finally fell 59-26.
In the meantime Gibraltar netball continues setting new standards with Umpire Nadine Pardo Zammitt officiating two matches on the first day and acting as the reserve umpire in the Isle of Man against Cayman Islands.
To watch matches you can connect via livestream in Europe Netball official YouTube channel. 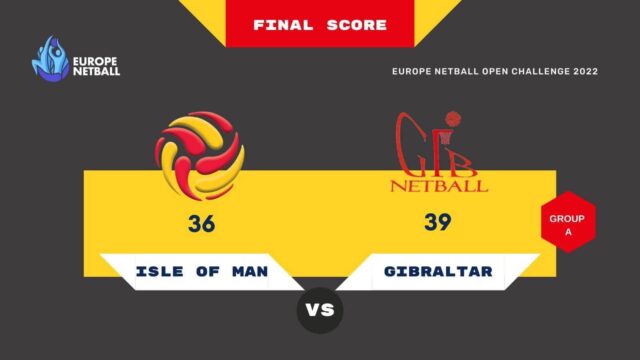 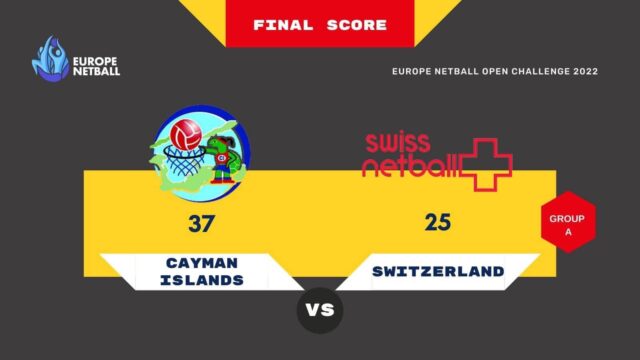