The Europe Netball Open Challenge weekend of netball kicked off with Gibraltar Netball taking on Northern Ireland Netball in an invitational international match.
The match was the first international match Gibraltar had played since Covid, coming just less than 24 hours before they start their Open Challenge campaign against Switzerland. Although it was a ranking match the result was not part of the official Europe Netball Open Challenge.
For both teams this was an opportunity to get some much needed practice on the court. Northern Ireland bidding for a place in the Commonwealth Games next year had already played Scotland and Wales recently, with some of their players already playing in the Super League. Ranked eleventh Northern Ireland, as Gibraltar Netball Captain Byrony Rovengo admitted, had been the firm favorites to win with 32nd ranked Gibraltar not having much chance.
However, for Gibraltar even the 16-70 defeat at the hands of Northern Ireland was an opportunity to build on their experience before tomorrow, Friday’s first match in the Open Challenge.
Gibraltar as opposed to Northern Ireland had no international practice since early 2020 with some players only just having come into the squad.
They were to provide some stern competition on the court with Northern Ireland Captain admitting after the match that they had made it difficult for them on the court and had “put it up for us.”

Gibraltar was to fall behind from early on with the first quarter finishing 6-19 for Northern Ireland. Minor mistakes and some rustiness on court had allowed errors to be capitalised by Northern Ireland who were efficient in their performance.
Gibraltar’s quick paced movements and continuous momentum was to unsettle the Northern Ireland side who had to reset and patiently build up at times.
As Gibraltar’s defence settled down and started to find their way it was not an easy route to the net for the visitors.
Although half time finished with Northern Ireland 9-43 ahead on the scoreboard the signals were already showing as Gibraltar’s no surrender attitude and composure on the court was maintained.
Changes in the formation and players allowed for Gibraltar’s head coach to try out numerous combinations and players on court with a chance for players such as Mcquisten to shine in defence as she replaced captain Rovegno.
Taking play to Northern Ireland Gibraltar although still behind 13-59 had build up a momentum in which their play was starting to see more of a flowing game with build ups and strings of passes emerging against what was a quality, far superior opposition.
Although the final score line would see Gibraltar defeated 16-70 the experience of playing Northern Ireland was well received by players and officials. With the Gibraltar team also upping their momentum as the match progressed and keeping it going until the final whistle, any doubts that their physical fitness levels might not be ready were no being brushed aside.
String quick paced passing and resilient defending saw much praise heading in their direction even though they were to feel the force of a heavy defeat at what was a quality highly ranked side like Northern Ireland. 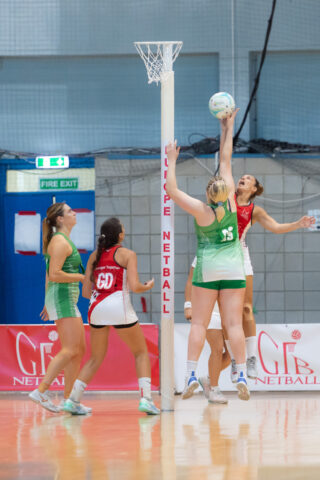 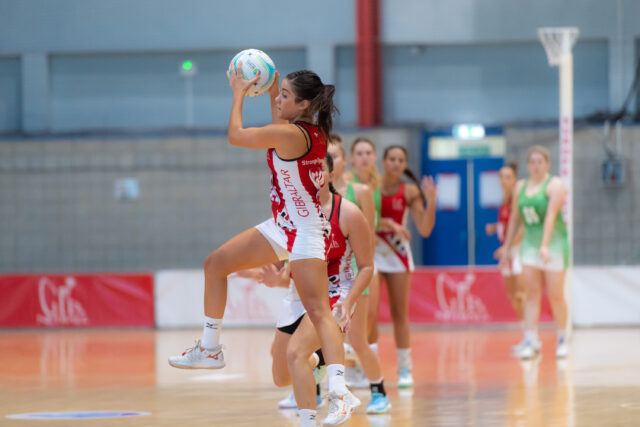 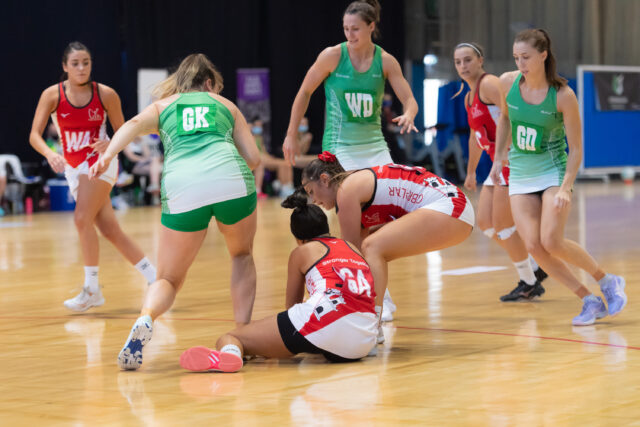 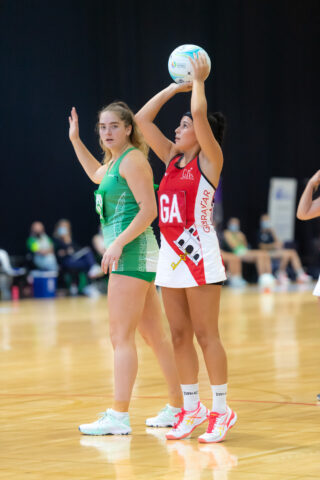 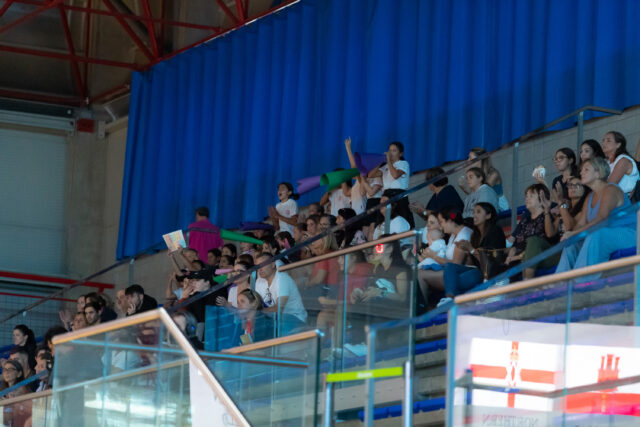 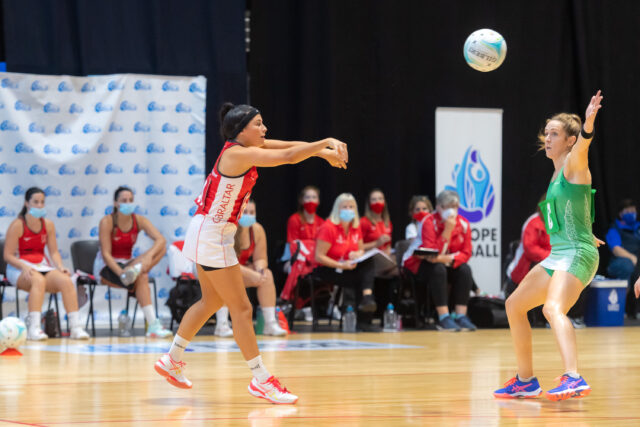 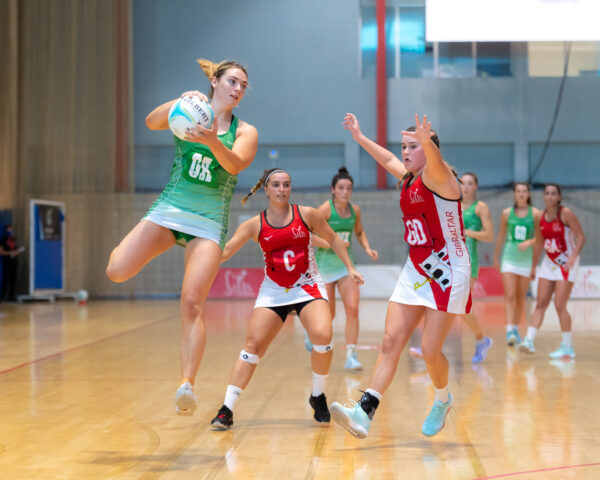 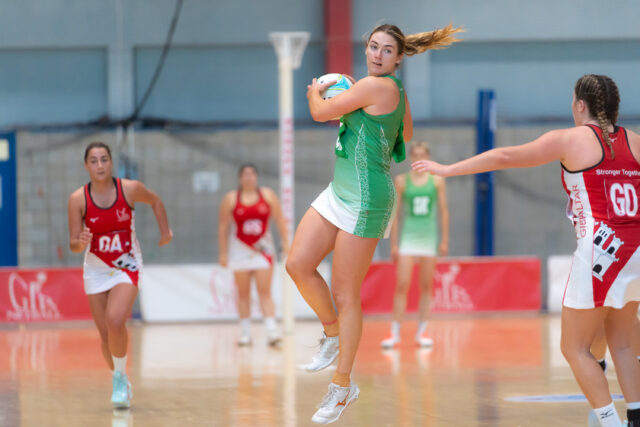 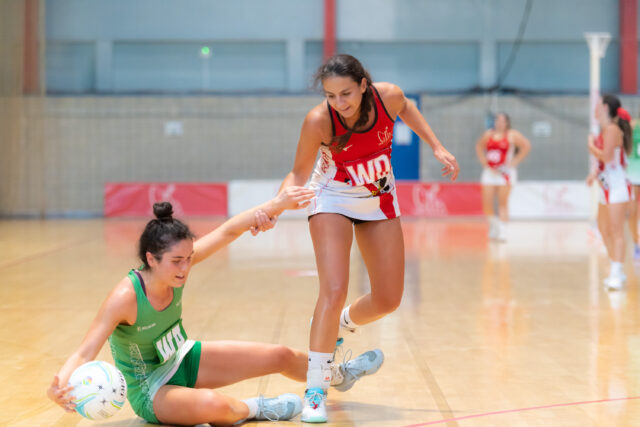 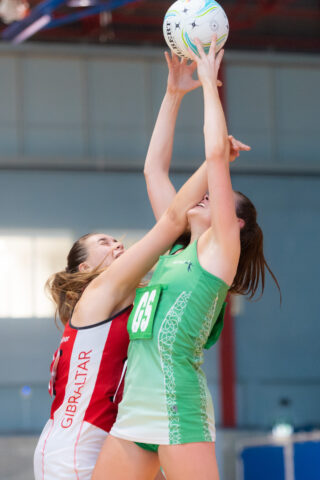 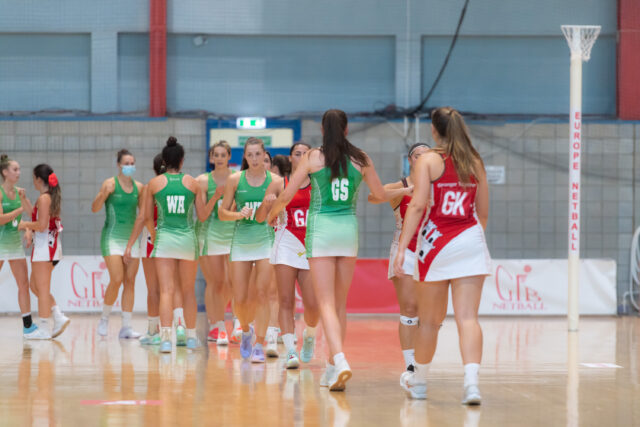