Jason Barcelo and Andrew Parody will this weekend become the first ever Gibraltarian match officials to officiate in an official FIFA International match.

This afternoon the two Gibraltar match officials stepped onto the field to warmup for the match between Chile and Colombia.

Jason Barcelo will referee Chile vs Colombia, which is being played in Alicante, Spain and kicks off at 6pm. Andrew Parody will be one of Jason Barcelo's Assistant Referees for the match. The rest of the refereeing team comprises of Salvatore Tuttifrutti (Assistant Referee) and Luca Barbeno (4th Official) both from San Marino.

On Sunday 13th October, the same team of four match officials, will take charge of a second International Friendly, this time in Elche Spain, between Argentina and Ecuador. The only difference being Luca Barbeno will referee the match and Gibraltar's Jason Barcelo will be the 4th Official. Andrew Parody will again be one of the Assistant Referees. 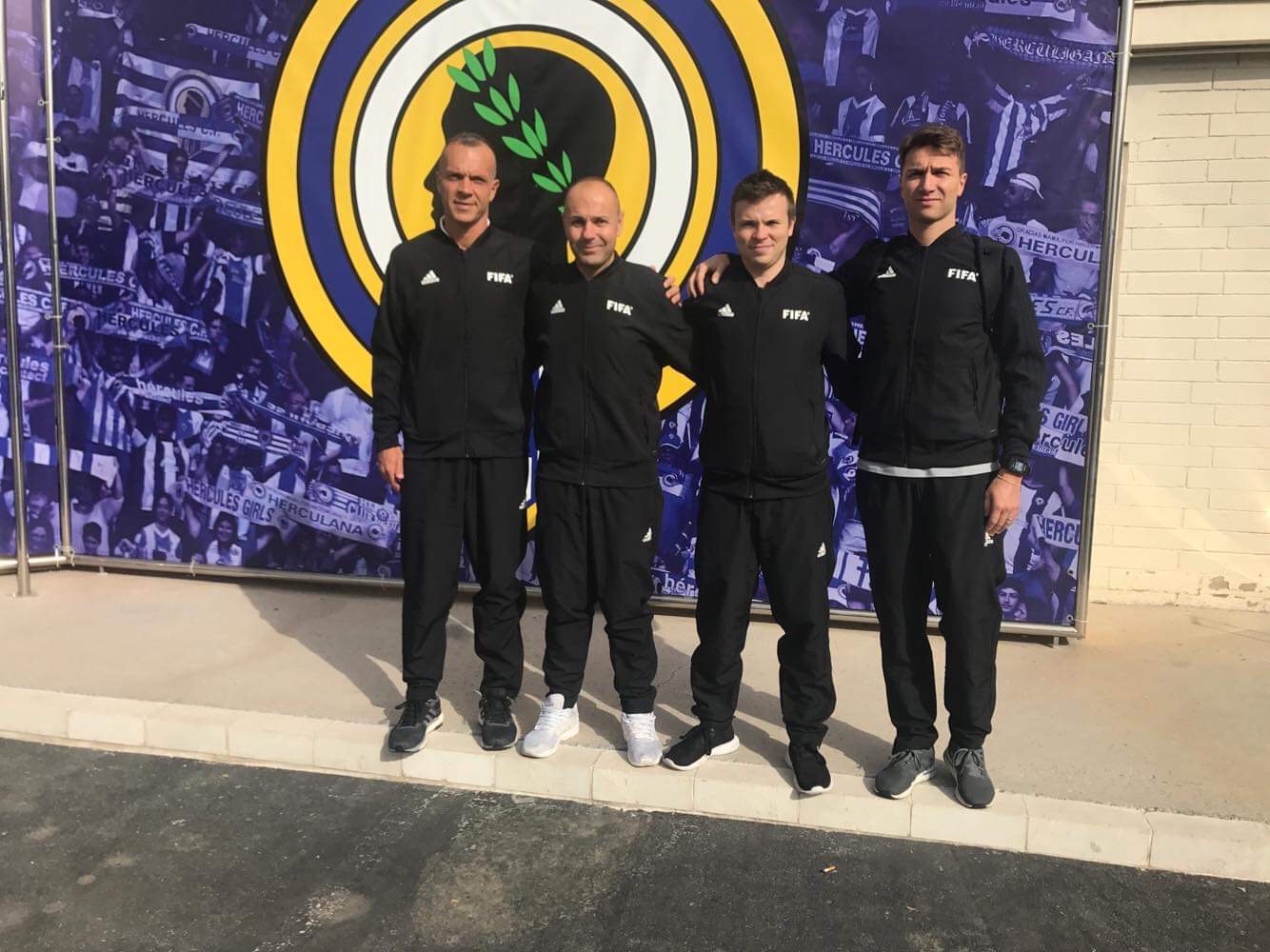