It was a cold walk from the main indoor facilities around the perimeter of the snow volleyball court for the three Gibraltar players representing their country in the CEV Snow Volleyball European Tour this Friday.
Walking around many far more experienced players, who were more than used to the snow conditions in some cases, the Red tracksuited Gibraltar team were captured on video for the GVA, who readily provided updates on the teams historic day via their social media. The prospect of watching on the official volleyball channels not available for the early qualifiers.

Gibraltar’s snow volleyball trio of Martin Gomez, Chris Segovia and Karl Pardo coached by GVA head coach Nenad Tatic were debuting in snow volleyball drawn into the qualification rounds for the main draw which already had 14 teams assured participation.
There was no easing on the pathway through qualification for Gibraltar. Drawn against the third team from Russia, Gibraltar’s trio were thrown straight into the firing line and would come away with a respectable performance.
The trio provided a respectable opposition against a Russia 3 team in their historic debut in snow volleyball.
Playing in the early morning qualification round matches in the CEV Snow Volleyball European Tour in Kahramanmaras, Turkey, the trio started well, although facing defeat in their first match.
After losing the first set by 9-15 Gibraltar’s trio stayed close to their opponents at one time 6-9 behind in the second set.
They were to fall behind 8-12 before losing the second set by 10-15 and facing a 0-2 defeat.
It was a short-lived debut which took less than 30 minutes, something the Gibraltar team will probably have been grateful for.
This was Gibraltar’s first match in a snow volleyball competition. Ironically their training has centred in part around a beach volleyball facilities with Gibraltar not having any snow facilities.
Russia, who have entered some top names in the competition, although fielding a third tier team were far more experienced in the sport which has only these past months been introduced into Gibraltar volleyball’s list of opportunities. The work done by GVA President Emma Labrador, who recently visited Hungary as one of CEV Vice Presidents opening the doors for this opportunity.
Gibraltar faced a qualification group made up from Hungary, Iran and Romania too during their matches to be played this Friday.
Teams from 16 countries were expected to compete in the CEV Snow Volleyball European tour including teams from Canada and Iran.
The men’s tournament will feature 16 teams in the main draw with 14 already sure of their spot. The remaining spots would be filled through the qualification round Gibraltar is today playing in.
Gibraltar’s defeat by 0-2 with scores at 9-15 and 10-15 considered very respectable scores on a debut match, especially against experienced Russia side.

The CEV Snow Volleyball European Tour is a series of professional tournaments held in stunning mountain locations across the continent under the auspices of the CEV throughout one Snow Volleyball season, according to the CEV official website.
The number of main draw participants varies between tournaments. Tournament registration is open to teams from all federations and the available main draw and qualification berths are distributed based on host country quota, CEV Entry Ranking and wild card nominations.
The European Tour has been organised under the umbrella of the CEV since 2016, initially in the two-a-side format and as of the 2019 season in the new three-a-side format.
According to the CEV website Sixteen countries were due to contest the opening stop of this year’s CEV Snow Volleyball European Tour in Kahramanmaras, Turkey. These include extra-European sides from Canada and Iran as well – with a team from Armenia initially registered to join the men’s event but eventually withdrawing from the competition after one of their players recently returned a positive coronavirus test.
Gibraltar was to get its mention on the CEV website as its historic presence highlighted the extend to which the doors had been opened to everyone.
“Gibraltar will be making their historic international debut in Kahramanmaras – with their trio Gomez/Pardo/Segovia due to contest the qualification round – as Snow Volleyball continues to involve more and more countries, including some without too much tradition in winter sports.
In order to provide as many opportunities as possible to players to develop their skills and for fans to enjoy the game, the CEV and the organisers have agreed on using a double elimination system for the men’s and women’s competitions in Kahramanmaras.”
After their defeat against Russia 3 Gibraltar faced Romania who had earlier that same day lost against Iran by 2-0.
The loser of this match would be ranked fifth according to organisers.
Gibraltar started losing the first set by 9-15. The set only lasting some 14 minutes.
Once again they put in a respectable performance in what was just their second official international match.
The second set they were to fall back 4-1 at first before cutting back the deficit to a 4-2. Romania were to continue their momentum going 9-2 ahead before Gibraltar’s trio responded to make it 9-3 then 9-4 in quick succession.
Romania picked up again and went to 11-4. The score went 11-5 then 12-5 with Gibraltar responding to make it 12-6 before Romania placed themselves in a commanding position going 13-6 then 14-6.
Not giving up Gibraltar pulled another back to make it 14-7 before they succumbed to finish losing 15-7, Romania winning 2-0 and leaving Gibraltar finishing ranked 5th in the qualifier’s table. The match again taking less than 30 minutes to complete.
A short-lived debut day in snow volleyball leaving behind a respectable presence with results which should provide some confidence for the future. 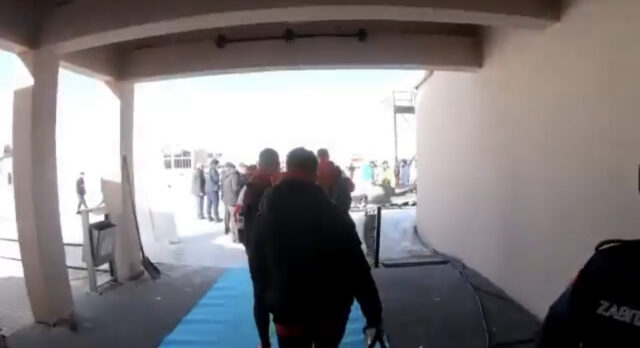 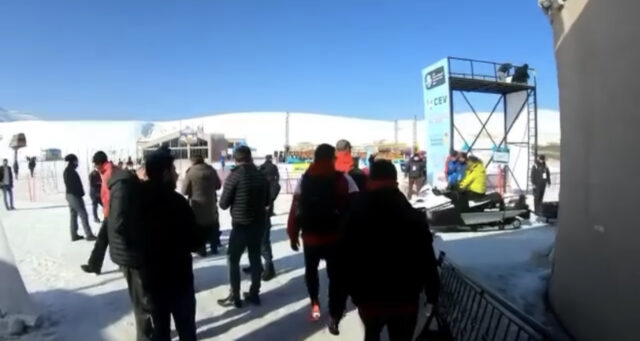 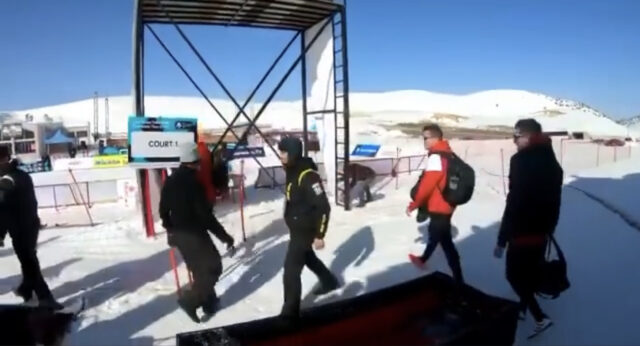 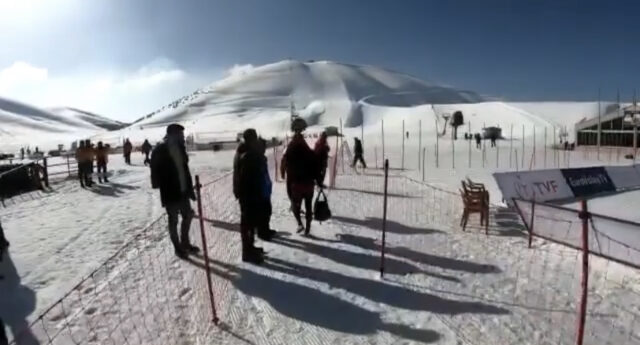 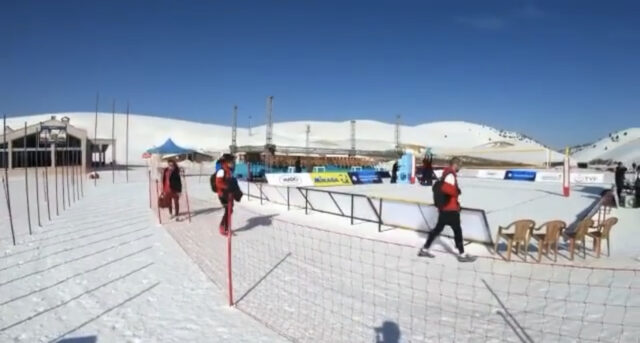 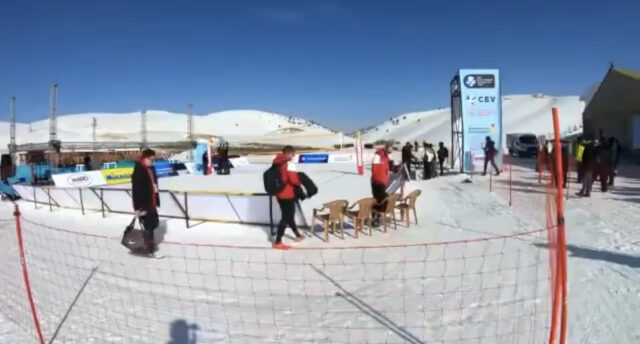