Gibraltar U16 basketball get first victory against Albania

Matvey Celecia (22 points, 14 rebounds) and Jack Tunbridge (20 points) led Gibraltar to a 56-52 win against Albania in the opening match of the FIBA Under 16 European Challengers being played in Pristina, Kosovo.
Gibraltar had been behind during the first and second quarter of the match but a 6-16 scoreline in the third quarter turned the match around overturning the five point lead that Albania had.
They were to hold on to their lead losing the fourth quarter by one point only but enough to secure a victory.
They next face Malta tomorrow afternoon. 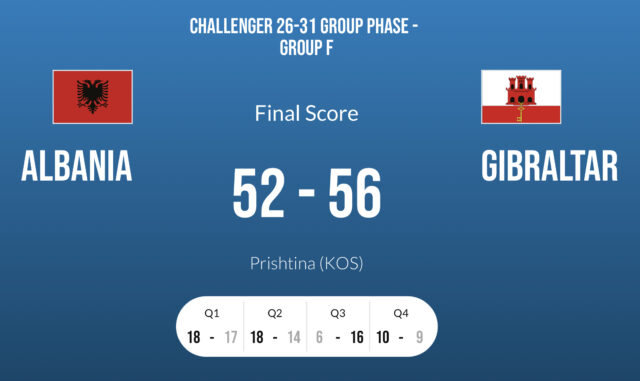 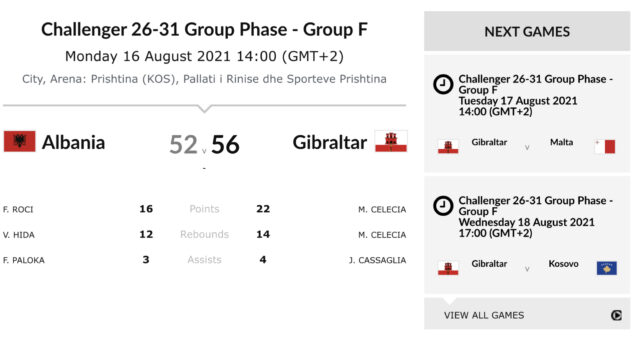