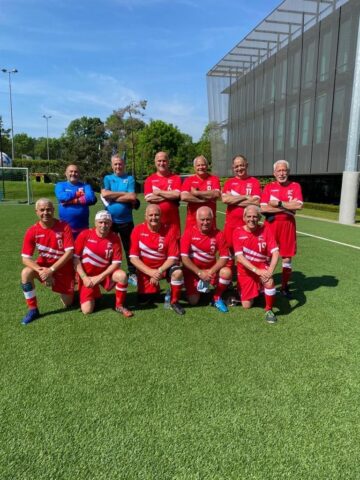 Gibraltar Walking football finished 3rd at the May 2022 World Super Masters World Cup over 65s playing at FIFA Headquarters in Zurich losing out for a second place finish by goal average.

Gibraltar’s Walking footballers were at FIFA’s headquarters in Zurich last week taking part in the latest International Super Masters Tournament in which they put on some incredible performances.
In the over 65 Walking Football tournament, they came third, only missing out on goal difference to Wales, in a tournament that included representative teams from England, Scotland, Wales, Denmark, Australia, Germany, Switzerland and a United Nations select.
Gibraltar managed to win four of their games beating Switzerland 3-2,  Germany 2-0, England 4-0 and Australia 1-0. Draws came against the United Nations 1-1, Denmark 2-2 and Wales 1-1. Gibraltar’s over 65s suffered their only defeat at the hands of the tournament winners Scotland 1-0.
Overall Gibraltar scored fourteen goals scored in their eight matches, Jaime Pecino and Frank Baglietto with 5 a piece, Andrew Sene scored twice and Hector Lugaro and Jimmy Perez scored also got on the scorsheet.
Not content with a third place finish in their main tournament, Gibraltar’s over 65s competed in the ‘Running Tournament’ a discipline which they are less familiar with. Despite this they managed to finish a respectable 6thin the table, our of eight teams competing winning 1 and drawing 2 of their seven games.
Finally, in what was a busy week at FIFA HQ, the ‘younger’ members of Gibraltar’s contingent competed in the Over 60’s 4-4 tournament, finishing 6th after losing the 5th & 6th Playoff 7-1 to Denmark. Despite this they managed to record impressive wins over the U.S.A. and Australia respectively.
As we have come to expect from Gibraltar’s Walking Footballers, amazing and hugely impressive performances on the international stage once again from footballing legends of the past who are putting Gibraltar on the map and making great strides on International Walking Football scene! 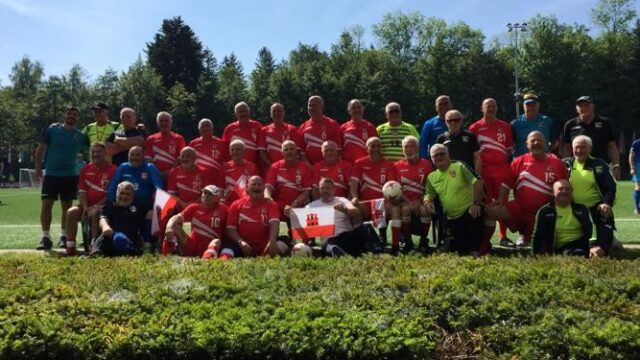 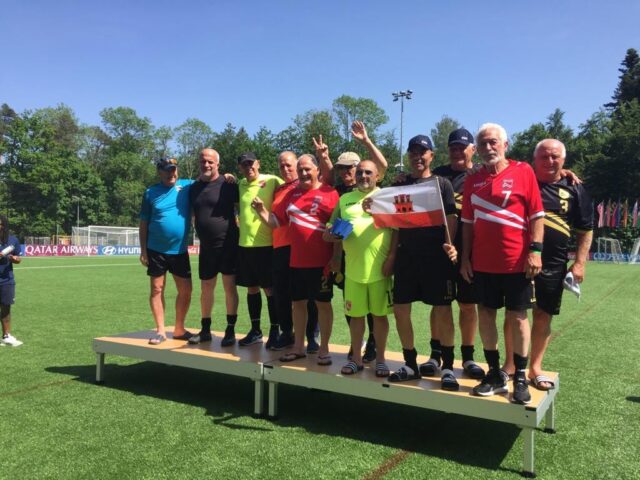 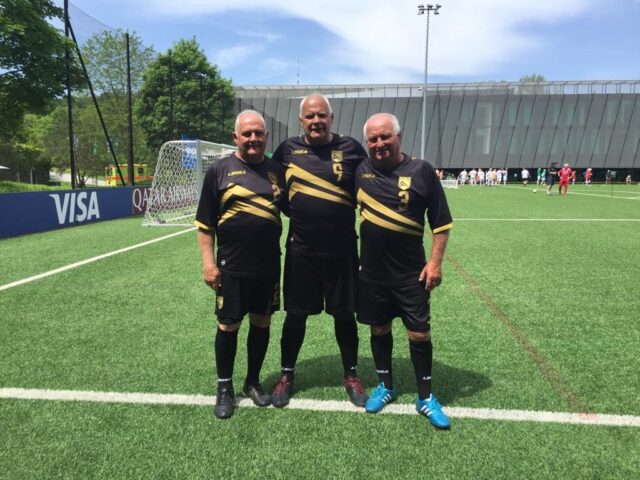 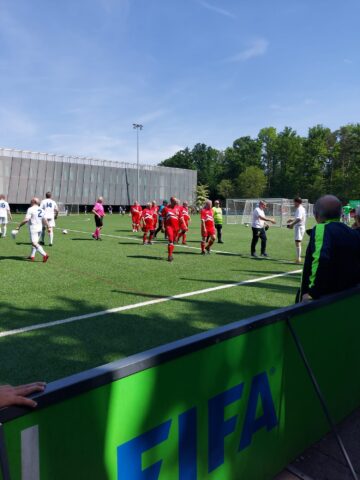 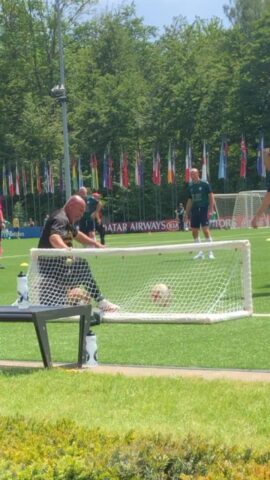