Gibraltar Netball’s national squad, the Campions, trained at the MUGA facilities at Bayside Sports Complex on Monday evening as they prepare for October’s Netball Europe Open Challenge tournament.
Gibraltar will once again play host to a Netball Europe tournament, which even though cancelled twice due to Covid-19 is still gearing to go ahead in Gibraltar in October. The Campions, under the guidance of head coach Sarah Payas, and their new physical instructor were put through their fitness and physical training at the MUGA facilities which have yet to be used as a sporting facilities since the inflatable roof was installed last year. The facilities have been partially cleared up to accommodate for the use of some sports although it’s present state is not up to providing facilities for proper full use as envisaged when it was first set up.
The facilities are among one of the many sports facilities which became crucial civil contingency sites for use for Covid-19 contingency plans. The MUGA accommodating at one time a mobile refrigerator and scanner as part of the mortuary facilities.
Recently also used as a testing centre for sports events including the boxing and international football events which saw spectators allowed on the terraces once vaccinated and tested. It has also double at times as a space for fitness training by small groups.
This Monday saw the facilities take on a new form as both netball and table tennis made use of the facilities in order to provide essential space for the two growing sports.
The facilities provided Gibraltar netball with a crucial area in which their national squad was able to complete their physical training sessions as they prepare for October’s competition whilst the Tercentenary Sports Hall is used for the junior and youth leagues. With netball facing a tight schedule due to the use of the Tercentenary Sports Hall in May for other international sporting events, the association is looking at trying to complete its league by the first week of May.
In the meantime the Victoria Sports Hall will start to see the senior women’s divisions return this week with some of the big guns in netball returning to play. 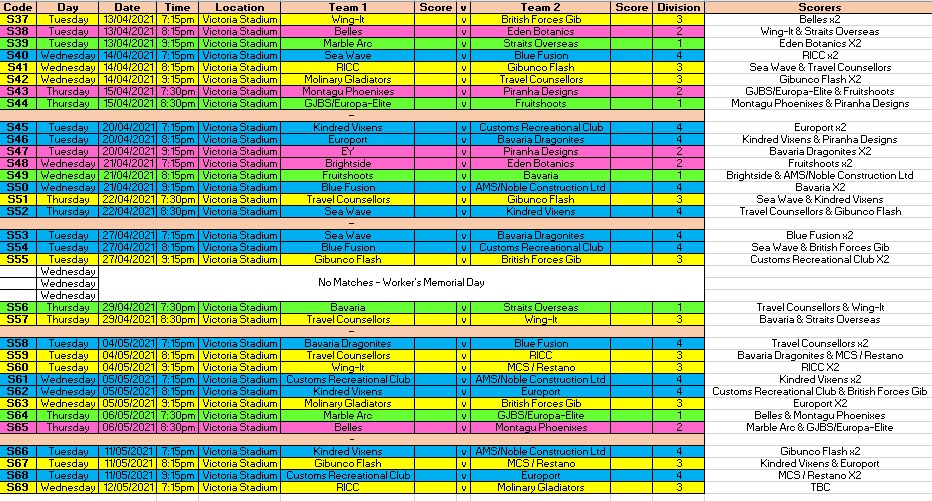 *Remaining Fixtures*
Due to Covid restrictions, it has been agreed that this season will end after one round, meaning each team will play all other teams in their division once. However, the GNA is working on hopefully holding a cup / tournament once the season ends. 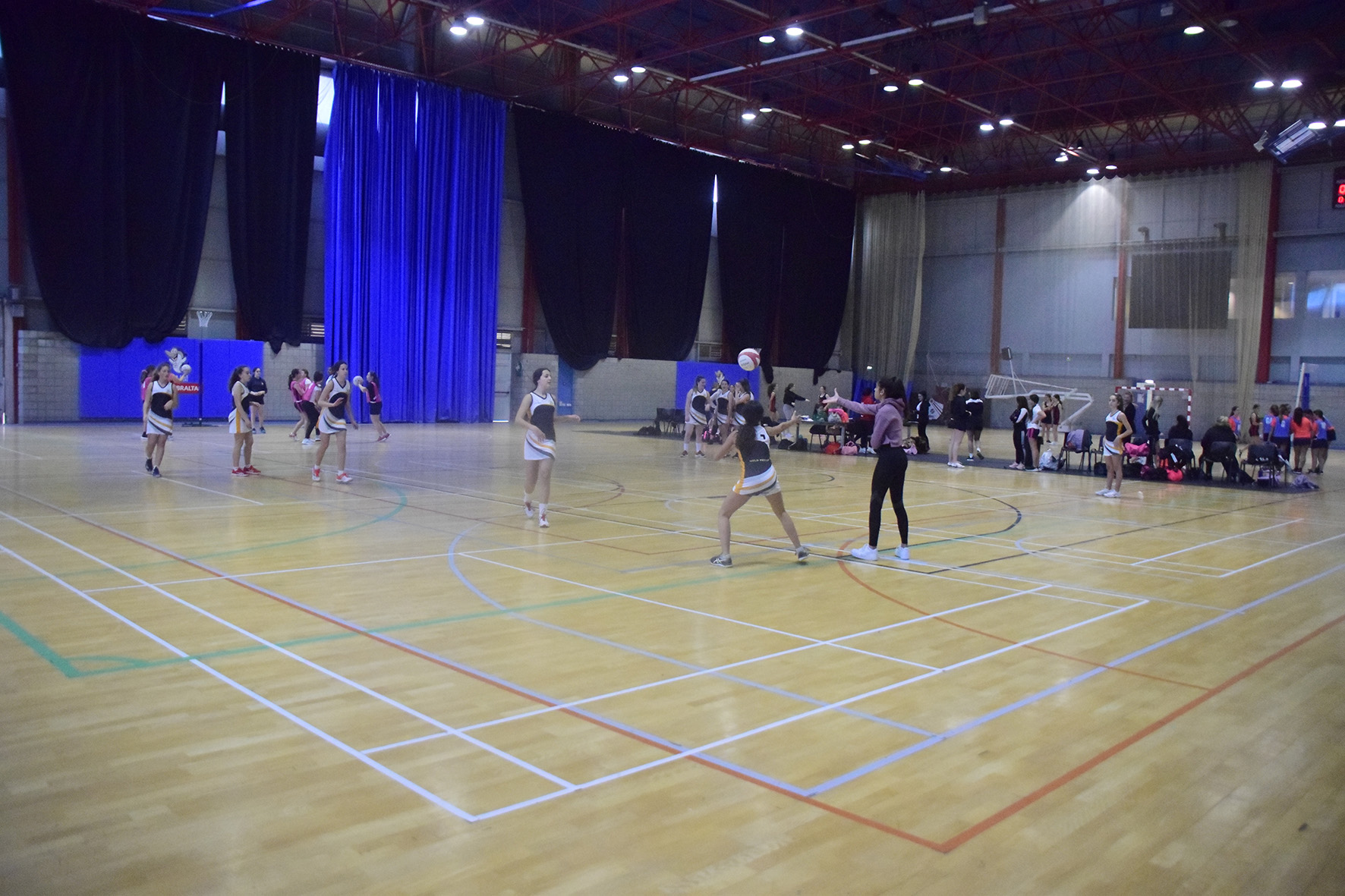