Gibraltar’s Jewish community marked the death of Queen Elizabeth II with a solemn memorial service at the Shaar Hashamayim Synagogue in Engineer Lane.

Attendees gathered for the ceremony which remembered the Queen’s years of service and dedication.

The order of service was compiled from previous memorial services held to King Edward VII in 1910, George V in 1936 and George VI in 1952. 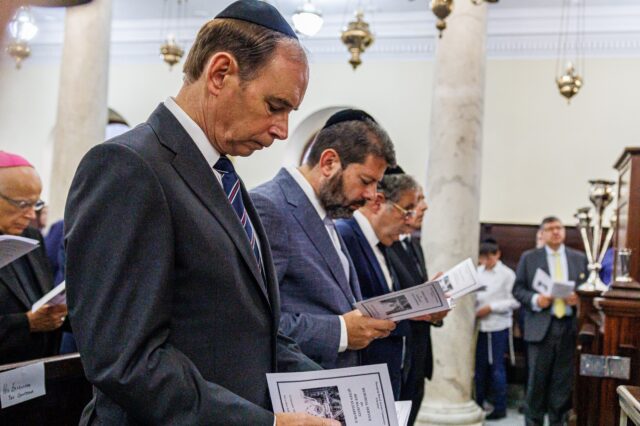 The service began with the lighting of candles, the opening of the Ark and the recitation of Psalm 121 led by Moshe Benaim.

The Jewish Community’s President James Levy welcomed the attendees and delivered a speech.

"Much has been said and written about the exceptional monarch Queen Elizabeth, her loyalty to duty, legacy work ethic, her commitment to serve the United Kingdom, the Commonwealth, the Overseas Territories," Mr Levy said.

Mr Levy added he had the "huge privilege and honour" of meeting the Queen a few times. 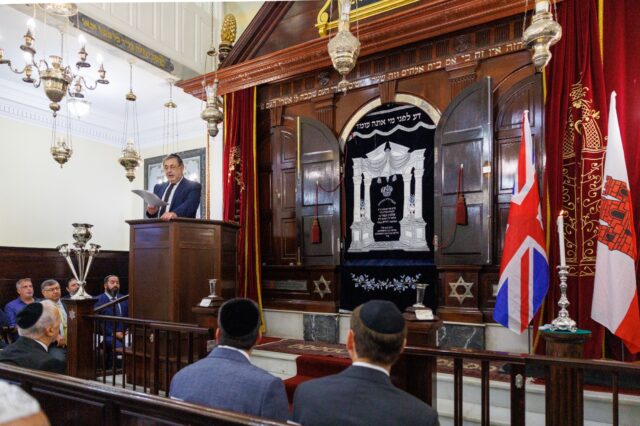 He described how the Queen had the ability to put people at ease with her sense of humour and deep perception of humanity.

The congregation then sung Adon Olam, a prayer dating back to ancient times.

Rabbi of Gibraltar, Rabbi Ronnie Hassid, spoke of the prayer for the Queen and Royal Family which is recited weekly in synagogues during the Sabbath service. 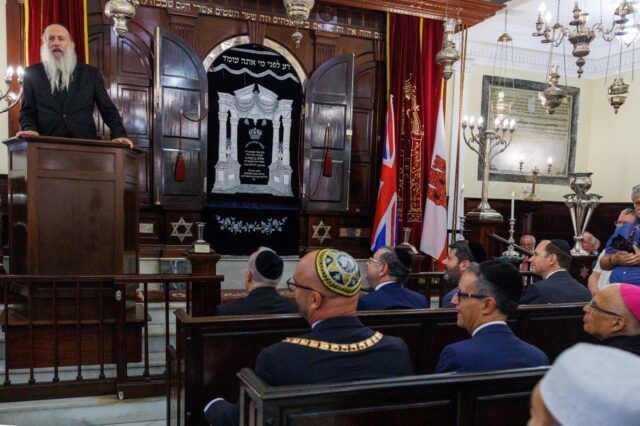 "He should lead us like his mother, quietly and with strength, with inspiration," Rabbi Hassid said.

A memorial prayer for the Queen followed, introduced by Michael Garson and recited by Rabbi Zvi Levy, this same prayer was recited in the synagogue in 1910 at the memorial service for King Edward VII.

The service concluded with the congregation sing Gibraltar’s unique Hebrew version of the National Anthemwhich dates back over 100 years and was composed by its Chief Rabbi, Rabbi Raphael H.M. Benaim l"vf (1845-1920) in honour of the Coronation of King George V in June 1911. 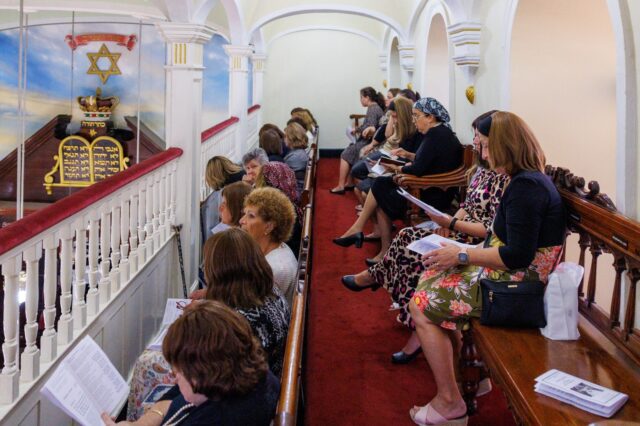 The unique version was sung to the traditional tune of the National Anthem in honour of King Charles III.

The unique National Anthem is as follows: O Rock of Salvation, guard the glory of our King and His Consort, The Crown He has inherited will be a cornerstone and a protective shield over us, Long may He live, lengthy may be His reign, with majesty, Fleet as a hart, glorious as a beautiful heifer, is the awesome might of the British Crown. 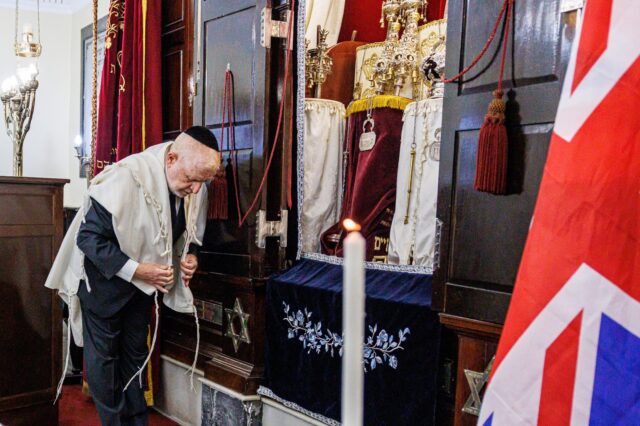