Almost half of girls aged seven to 10 have experienced online harm in the last year, according to research warning of a “devastating” downward trend in happiness.

Some 49% of girls in this age group told Girlguiding they had experienced at least one online harm over the past 12 months, such as receiving mean comments.

Almost a fifth (18%) said they had encountered a person pretending to be someone else, while more than 11% said they had seen obscene pictures.

Some 2,114 girls and young women aged between seven and 21 were surveyed between March and April for Girlguiding’s annual girls’ attitudes 2021 survey, shared with the PA news agency.

One in four (26%) of those aged 11-21 said they had been sent unwanted sexual images, half had received sexist comments and 28% had been harassed. 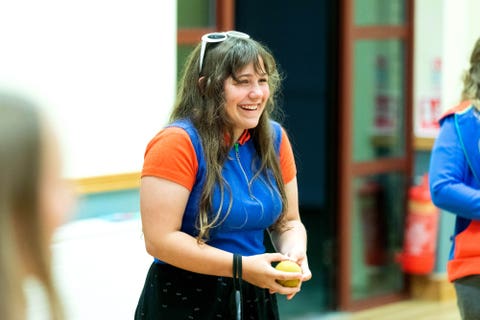 Girls are also “unavoidably seeing unrealistic and unattainable images of perfection”, with 45% of 11 to 21-year-olds having encountered images that made them feel insecure about their appearance.

The findings also show that overall happiness amongst girls and young women is “dramatically” declining, particularly among younger girls.

Two-thirds of girls (67%) said they are feeling more sad, anxious, or worried, with Girlguiding saying the coronavirus pandemic has “accelerated and intensified” these feelings.

And 62% of girls say they have felt lonelier over the past year, increasing with age.

Girlguiding member and advocate Amanda, 17, said she was not surprised by the findings, which show a “devastating trend in declining happiness”.

“We’re exposed to more and more pressures, both online – from harassment to images portraying unrealistic ideals of perfection – and as a result of the pandemic and the disruption it’s brought to everyday life.

“Pressures like these are directly impacting the confidence and happiness of girls and young women in the UK.” 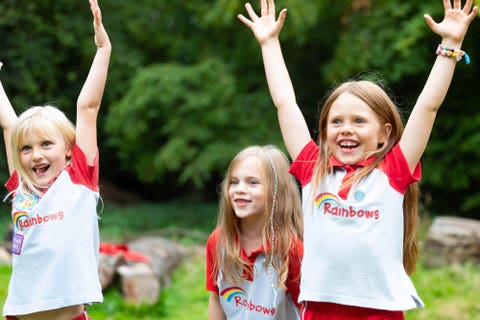 Girlguiding chief executive Angela Salt said society must listen and act in the interest of girls to avoid a “lost generation”.

She said: “Girls’ mental health has been significantly impacted. Online harms have been exacerbated.

“It’s critical that we address the decline in girls’ happiness that we’ve observed since we started this research over a decade ago.

“I’m proud that Girlguiding has provided invaluable support for girls’ mental health and wellbeing during the pandemic and into recovery – helping to build confidence, resilience and giving them a space to have fun, adventures and develop their skills.

“But society must do more to address this worrying downward trend.”

Almost all of the girls and young women surveyed said they want more to be done to protect young people from body image pressures.

Nine in 10 want stricter rules to stop advertisers “bombarding” them with weight-loss or “appearance-improving” adverts online.

Girlguiding is calling for urgent action to revert the trend in decline in happiness among girls, for online harms legislation to address appearance pressures, and for better protection for children from social media adverts for weight-loss and “appearance-enhancing” products.

The Girls Attitudes Survey is supported by players of People’s Postcode Lottery.

Laura Chow, head of charities at People’s Postcode Lottery, said: “Girls and young women are facing so many challenges, and as well as taking action to tackle these pressures, having access to tools to build resilience and confidence is crucial to ensure girls can be positive and confident about their future.”

Tom Madders, director of campaigns at YoungMinds, said: “It is shocking to see that so many young girls have experienced online harms in the last year and that there has been a further downward trend in happiness in so many girls’ lives.”

He said that social media companies must minimise risks to mental health, ensure their rules are enforced, respond quickly to inappropriate content and signpost users towards support.

He added: “There must also be more done to protect young people from body image pressures, with companies taking an active role in promoting body diversity and preventing harmful advertising on their platforms.”

Children and families minister Vicky Ford said: “We know that for too many girls and young women, these sorts of issues have become commonplace – that is simply not OK.

“That’s why giving them the tools and confidence to cope with the new and growing pressures they face is so vital. We have introduced new, mandatory Relationships, Sex, and Health Education, which covers important topics such as consent, privacy, and resilience, which we expect to be implemented in full this term.

“We have also strengthened our guidance for schools and colleges to help staff be more alert to issues impacting their pupils.

“Alongside this, we are investing more than £17 million to build on the mental health support currently available in schools and will be working alongside the Children’s Commissioner to look at what more can be done to tackle online abuse, ahead of the Government’s Online Safety Bill becoming law.”