As the Special Olympics Malta Invitational Games drew to a close on Tuesday the climax for Team Gibraltar was undoubtedly the 5-a-side football competition final where they faced Austria, with Gibraltar determined to keep their unbeaten record. They achieved that in some style with a resounding 9 – 0 victory to claim the gold medal. The goal spree was led by a hat-trick from Jansen Gilbert, 2 goals from Giovanni Yeo, 2 more from Gianni Ochello and one goal each from Jeremy Prescott and Lee Guerriero. The match was broadcast live on Malta TV and was the highlight of what has undoubtedly been a successful return to the international arena for Special Olympics Gibraltar (SOG) after the long break due to covid.
On the same day in the bowling event team final the SOG line-up of Samyr Annakar, Shane Martinez, Dorian Zammit and Marvin Zammit won a closely fought bronze medal with 1,704 points, just 2 points above their closest Maltese rivals. Going into the last set they were in 5th position but fought back to achieve the well-deserved 3rd place.
Meanwhile on the track Ivan Mannion Gomez put in an outstanding effort in the 800m to clinch the gold medal. In a very technical race Ivan battled hard after being in last place for much of the race against the tough Maltese opposition, to clinch victory in the last few metres. 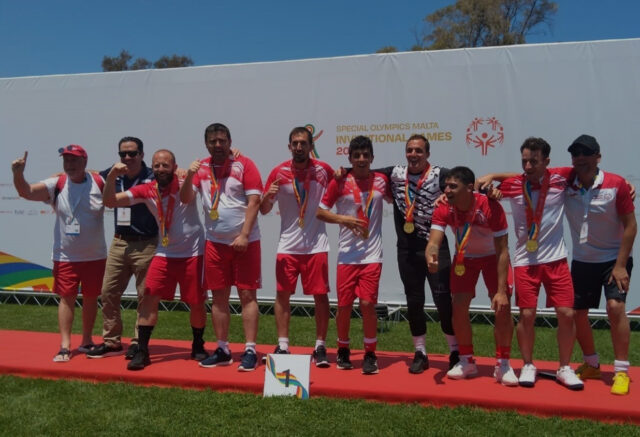 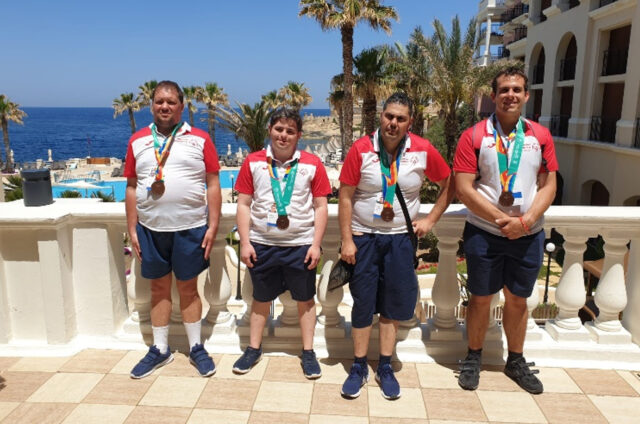 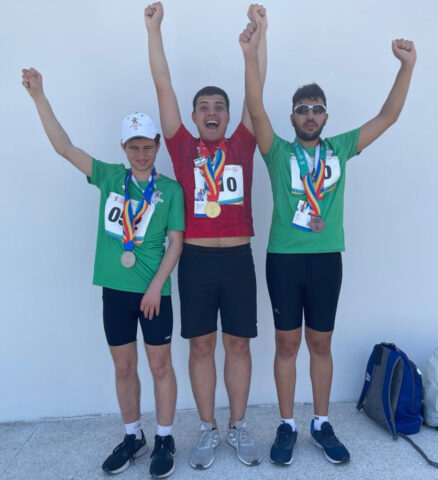 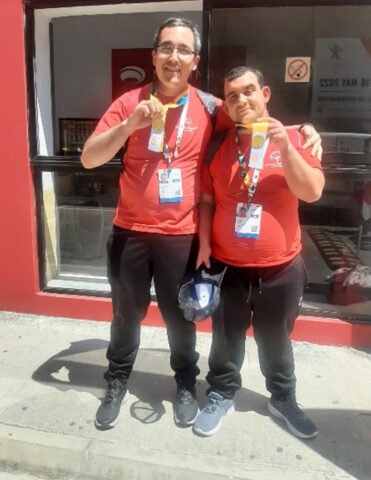 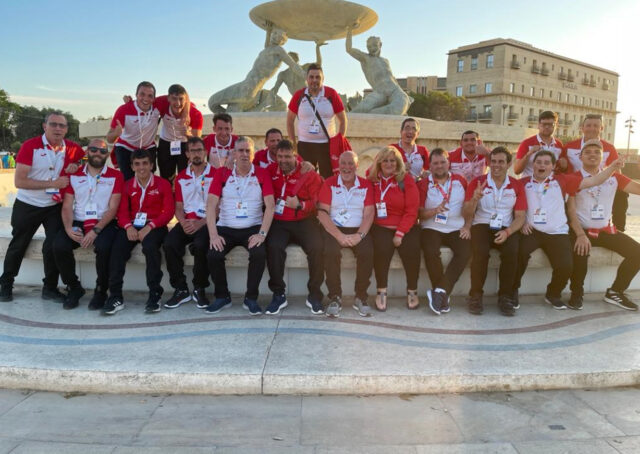