The reception foyer was opened during a low-key ribbon cutting ceremony yesterday morning.

The area has undergone a series of restorative and security works by the UK Foreign and Commonwealth Office, starting inin 2017.

“It has taken three and a bit years…and I am really keen to get it open because it is a symbol that the Convent is open to the people just to come in through the front door on a daily basis, rather than have to wait for the officials,” said the Governor. 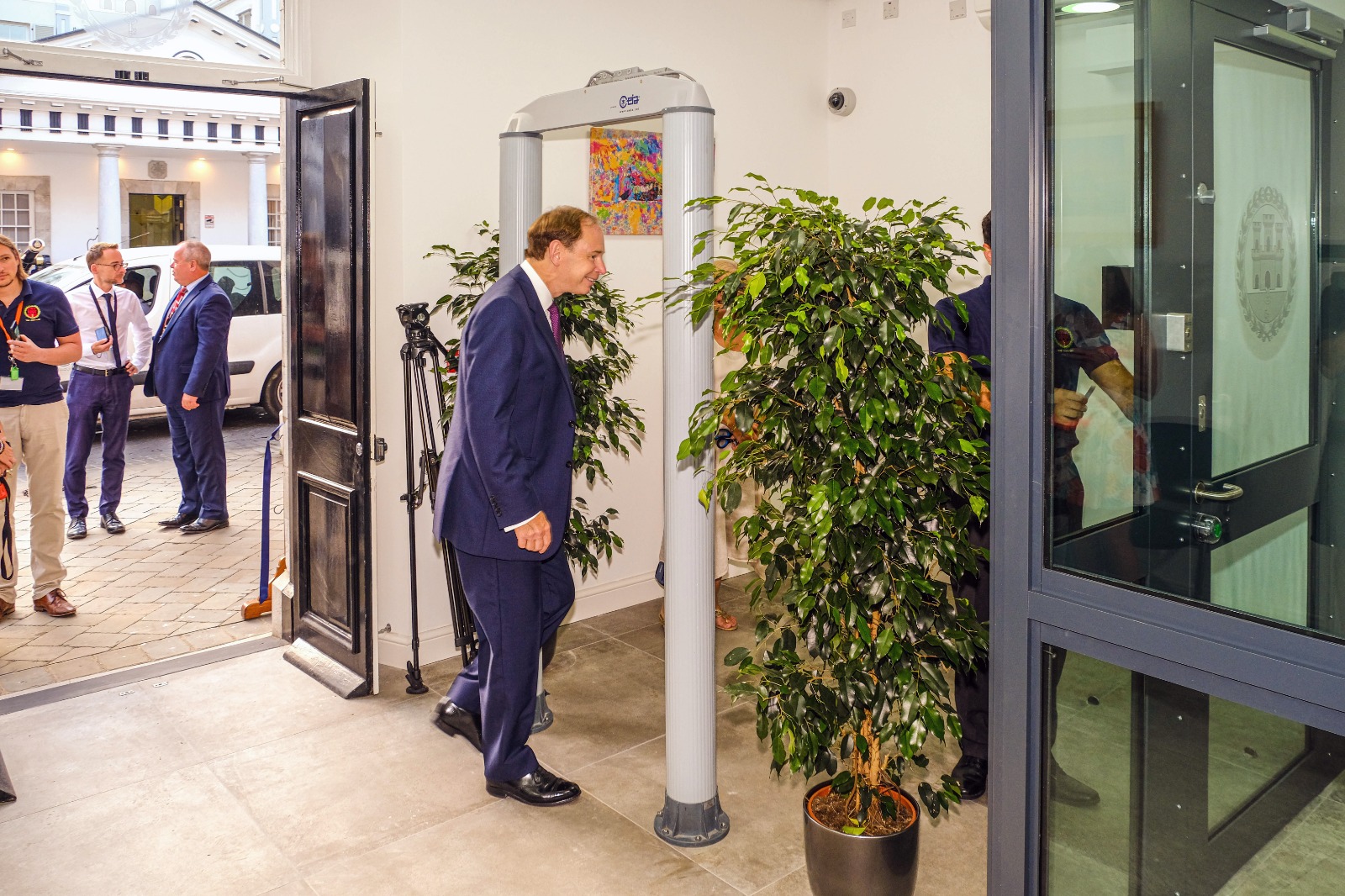 “The Convent has been here since 1534 and this is the first time in 2020, some years later, that I open these doors.”

Hanging in the reception is a painting by local artist Olympia Reyes that dates back to 1982 that captures the East side of the Rock and the Europa lighthouse.

Also hanging is a painting by artist James Foot that features the vista of the Rock from Spain.