GVA gets mention by CEV

The Gibraltar Volleyball Association was this past week featured by European volleyball featuring the recent developments of the sport in Gibraltar within its official website.
Posting on the CEV official website, the governing bodies main online publication reported that “The Gibraltar Volleyball Association (GVA) has had a fantastic year so far. The GVA has been working hard to deliver various initiatives run in conjunction with the CEV School Project ‘Play Volleyball – Grow with it’.”
In its report it said, “The first such action has been a project at St Joseph’s Upper Primary school ably assisted by Mr Benrimoj and Mrs Azzopardi (the PE coordinators), the aim of this project being to enhance the level of Volleyball by teaching the PE staff on how to best coach their students. The second initiative has been to introduce a lunchtime club at the two major comprehensive schools (Bayside and Westside) in order to give an opportunity to expose Volleyball to over 40 pupils who have signed up to this. This has been possible through the efforts of Mrs Alecia and Mrs Golt - who have helped the GVA to push this forward.
“The GVA believes that enhancing the quality of coaching will inspire new people to take up the sport and increase the quality of the home players. For this purpose, a group of three playing members and the official head coach Nenad Tatic travelled to the CEV Coaches Convention, this year held in Skopje, North Macedonia. At this conference, they made many invaluable contacts with very experienced organisers and coaches. The group also had the opportunity to follow some very valuable coaching sessions delivered by John Kessel from USA Volleyball. John also advised Gibraltar’s head coach on how best to deliver coaching sessions to children from different cultural backgrounds during his practical coaching sessions.
“After returning from Skopje, the Coaches Convention attendees will introduce all of these new skills - both practical and organisational – into GVA through a series of seminars open to all coaching staff, committee members and volunteer helpers. The GVA are now looking forward to introducing over the next few months many of the new initiatives learnt by their representatives at the conference held in the Macedonian capital.”
Volleyball in Gibraltar continues to have a high profile within the European and international governing bodies holding key roles in the higher levels of the associations. It’s recent successes has seen the sport increase its profile both locally and internationally. 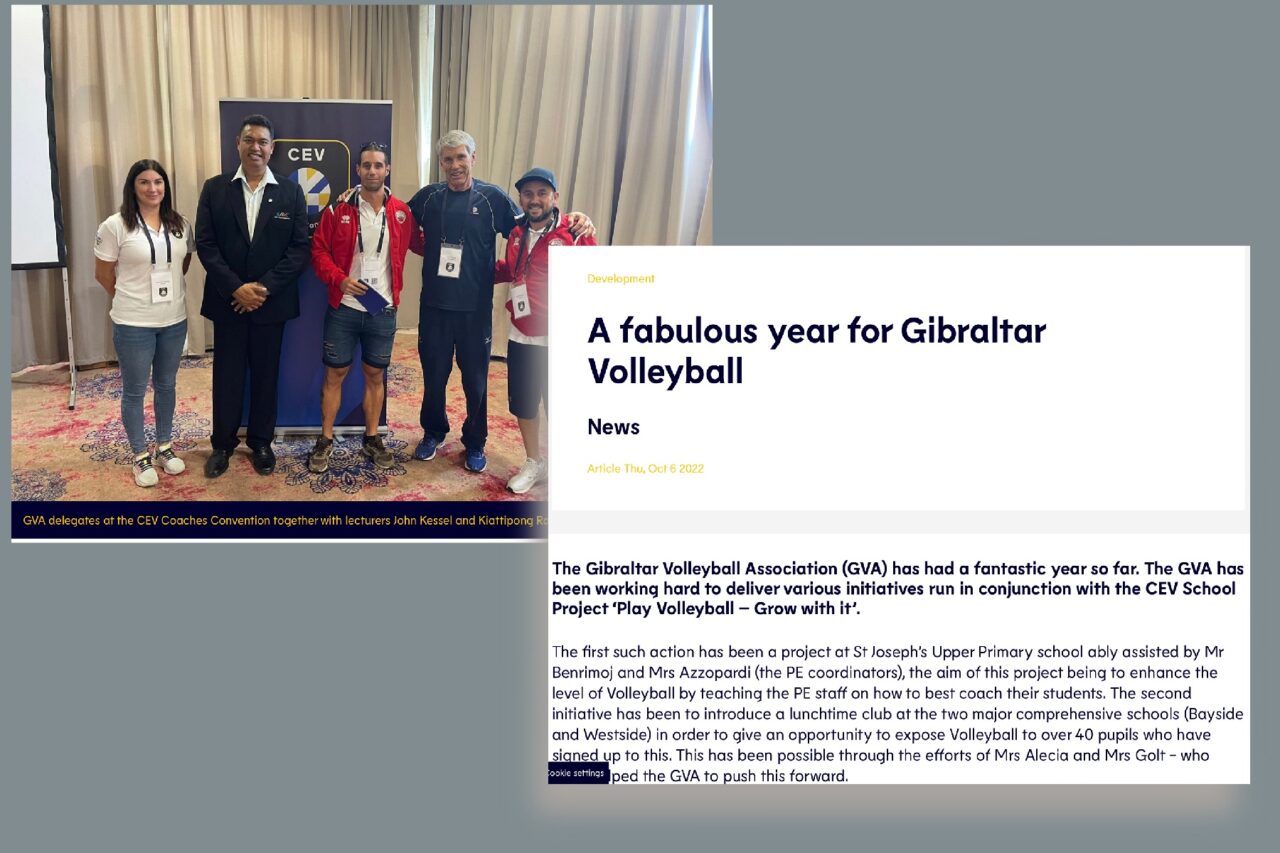