Less than a year after Gibraltar produced its first ever T20 international victory they have produced their first ever T20 World Cup qualifier victory.
Only last October 2021 Gibraltar won their first ever T20 International fixture in the Valetta Cup.
In a thrilling match in which both Gibraltar and Hungary knew that they could no longer reach the semi-finals Gibraltar went all out to win by four wickets.
A double wicket maiden in the 18th over threatened to spoil the day for Gibraltar but they kept their nerve to win in the final over
Gibraltar have given a good account of themselves in the ICC Men's T20 World Cup Europe Qualifier C, but will miss out on the semi-finals. Gibraltar last met Hungary in the Valeleta Cup losing by four wickets.
Gibraltar had won the initial toss and elected to field first. The final score was 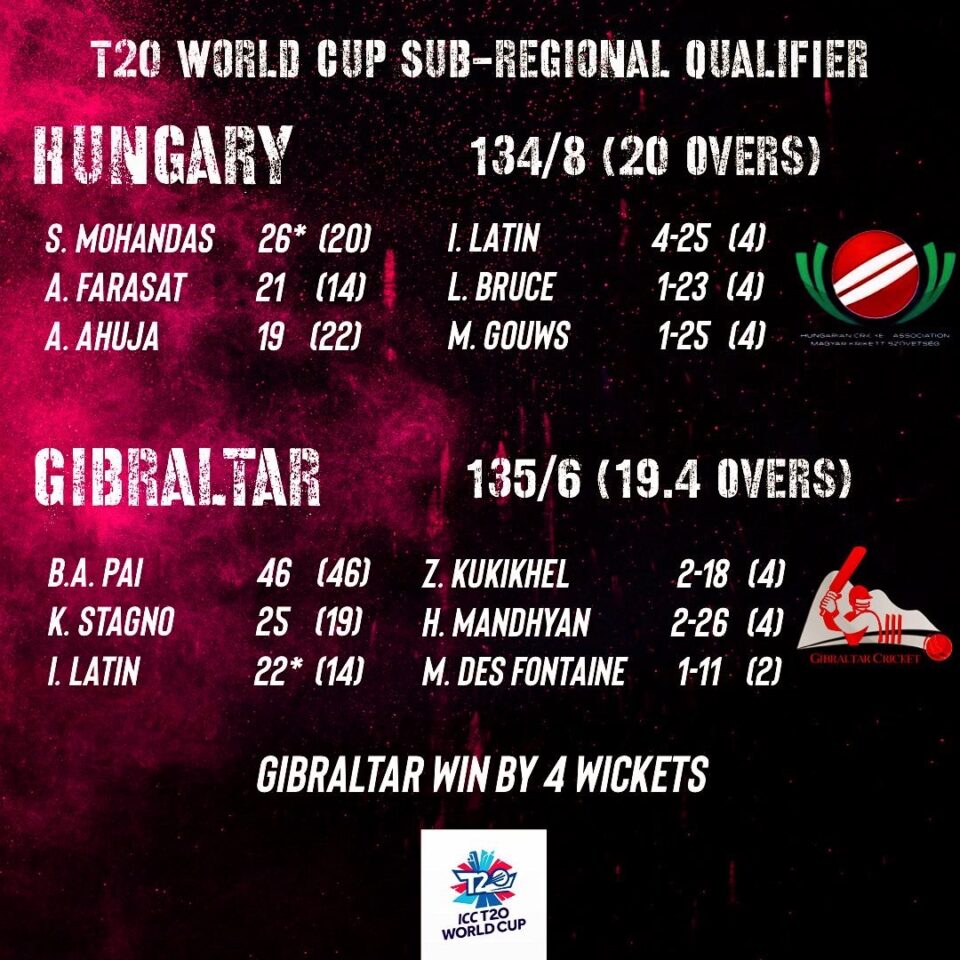 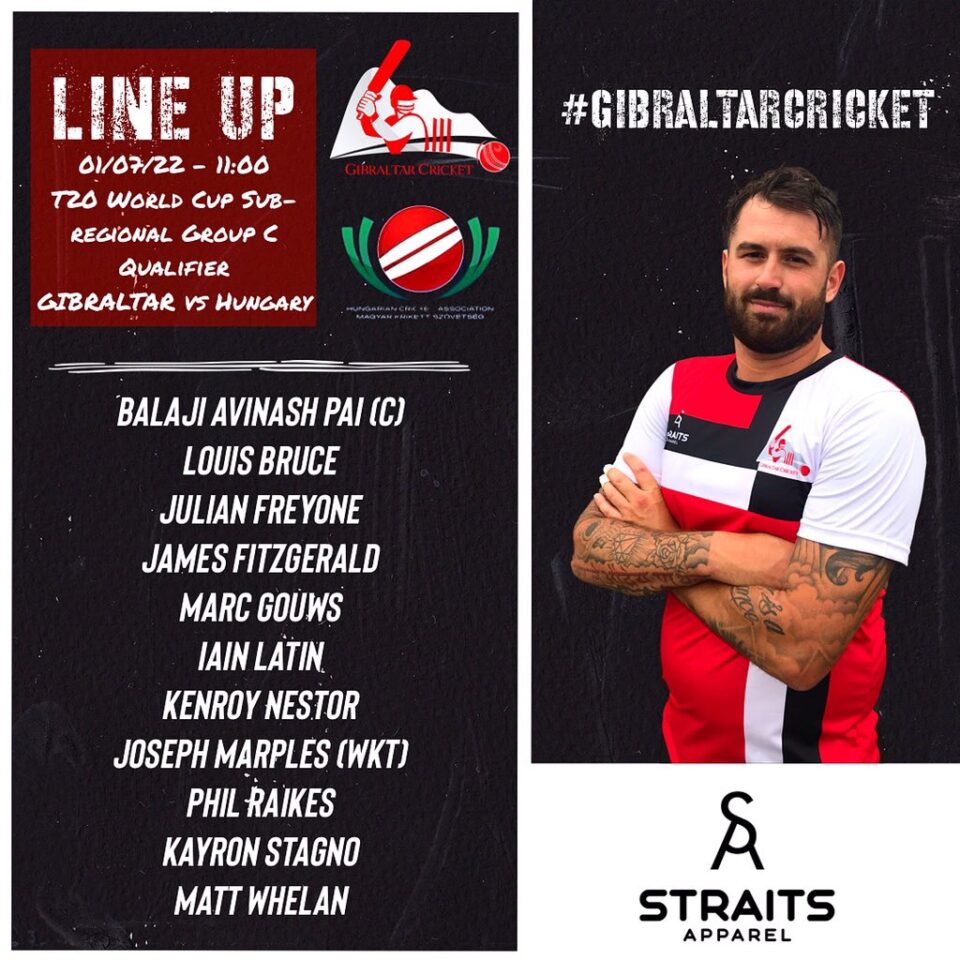