Bruno’s Magpies, which last season failed to make it into the Championship Group stage of the Gibraltar National League have announced changes which see former professional Dean Holdsworth join their ranks.
Wednesday saw the club, whose owner is former winter Olympic medalist Haig Oundjian, also known as a former director at Watford, announce the arrival of its new Technical Director of Development at Bruno’s Magpies - the former PFA Chairman and Professional Footballer, Dean Holdsworth.
Mr Holdsworth is known to have visited Gibraltar this past month to visit the facilities in Gibraltar and assess the club prior to a decision being made. After weeks of discussions, and having visited local facilities including the Gibraltar University the club has attracted the former professional player and coach as it sets out to develop the club into the future.

“I am delighted to have Dean join the club. We have been in discussions for a while now, given our common backgrounds. He recently came to visit Gibraltar to see for himself the fantastic facilities and opportunities here . Dean was very impressed.”

“Post his playing career , Dean has gained knowledge and experience in all avenues of Football. He earned 4 career promotions, gained his FA Pro Coaching Licence and became a record breaking manager at Newport County. He was even a Director and owner of Bolton Wanderers whilst working closely with the University of Bolton.”

“We believe Dean will use all his experience to help build the future of this club and, in the process, benefit all stakeholders in Gibraltar football. We share a vision which includes elite performance and education.”

Jansen Dalli, Football Director, stated, “It’s going to be an absolute pleasure working with Dean. This will definitely help us grow as a club and individually.”

Reacting to his appointment Mr Holdsworth said in the statement announcing his arrival, “I am delighted to be working with Magpies , Louis , Jansen and Haig. As an Olympian n former EPL club owner , Haig always has the interest of others - he wants to make a difference to young peoples careers. His life have been very professional especially in sports education , something shared by all of us Magpies executives. So , the ball is rolling for a better future for young players and all athletes both in Gibraltar and the U.K.”
Mr Holdsworth first task looks set assist in reinforcing the club after the migration of key local talents to other clubs this summer as fears for the club’s future and the attraction of increased wages has seen some players move to clubs such as St Joseph’s, Europa and Glacis United.
The club this week had not taken a position on whether it would support the stance of some other clubs calling for a reduction in home grown player numbers although the lure of more money has hampered its attempts to keep some players.
Bruno’s Magpies has, however, been linked with Jamie Coombes, former Lincoln Red Imps player as it offers the opportunity for playing minutes for players. This is something which a player such as Coombes has seen lacking in the past season and seeing him drop from contention in the national squad. 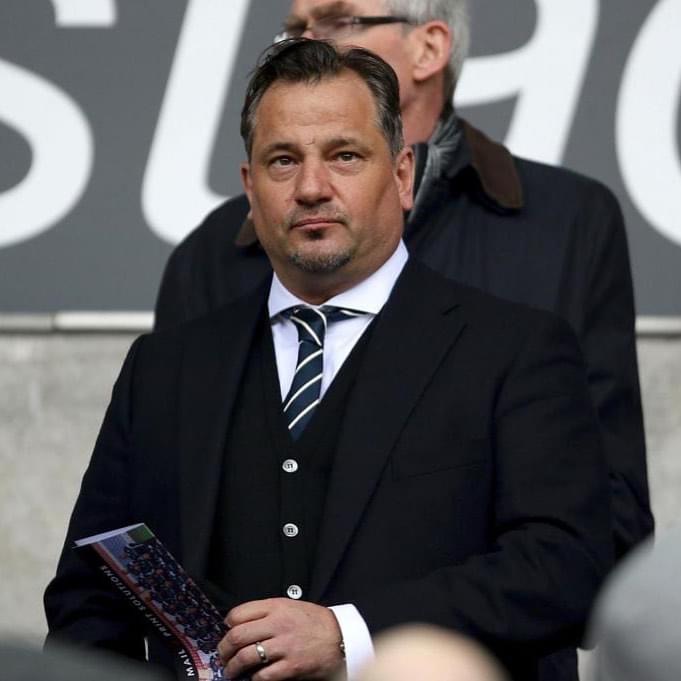