Historians have praised Florence Nightingale on the 200th anniversary of her birth, and said her legacy has “never been more relevant” amid the coronavirus pandemic.

Staff at the Florence Nightingale Museum in Westminster said her key nursing values – which focused on maintaining good hygiene, regularly washing hands and carrying out evidence-based practices – have been widely echoed over the past months. 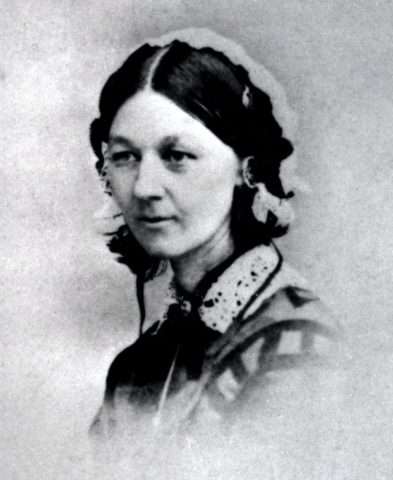 Nightingale was born on May 12 1820 which is also marked as International Nurses Day.

She developed these habits during the Crimean War, where along with a small troupe of nurses, she tended soldiers’ wounds and worked to improve hospital conditions.

Her data-based work also helped shape modern nursing – founding the nursing school at St Thomas’ Hospital, developing palliative care and midwifery, and shaping the redesign of hospitals across the UK and the health system itself.

Kristin Buhnemann, assistant director at the Florence Nightingale Museum, told the PA news agency: “In terms of modern nursing, her legacy has never been so relevant, as she was a pioneer for sanitation, hygiene and had a monumental impact on infection control today.

“She focused mainly on improving hygiene for nurses, advising them to wash their hands regularly. Before this, nurses were not changing their uniforms or aprons, instead continuing to work with the same equipment, which she believed to be incredibly unhygienic.

“We now see this essential equipment being used properly and thrown in the bin after every use, because she was the first to identify the impact of health workers’ hygiene on patients’ mortality rates.”

Health leaders continue to use the concept of evidence-based healthcare, a theory Nightingale pioneered and advocated for and which is currently being used by the World Health Organisation (WHO) to track and trace Covid-19 patients.

Her passion for data saw her become the first female member of the Royal Statistical Society, while her invention of the coxcombe, an early version of a pie chart used to show Queen Victoria and her government the connection between cleanliness and the mortality rate of British soldiers, is being used today to combat the current pandemic.

Elsewhere, her compassion towards nurses has also had an impact on modern practices and historians have drawn parallels to the current PPE (personal protective equipment) crisis.

Ms Buhnemann, said: “Her tireless campaigning had an effect on modern hospital facilities, she was in constant communication with the government over the poor condition of the facilities during the Crimean War.

“She arrived to find wounded soldiers were not being cared for properly, as work was being carried out by overstretched medical staff, who were without necessary equipment, while medicine was in short supply.

“Nightingale was forced to pay for supplies out of her own pocket, buying aprons and buckets for water, so there are clear parallels with the urgent need for PPE while today’s nurses battle the pandemic.

“It was also during this period she contracted brucellosis from unpasteurised dairy, a debilitating illness that affected her for the remainder of her life.

“So just like today’s nurses, Nightingale risked her life to help others, and I believe she would be incredibly proud of the current healthcare workers.”

Less than 60% isolate when advised to, NHS Test and Trace boss reveals