By Hannah Stephenson
Throughout his life, plantsman Tom Harris has planted thousands of containers to enhance gardens nationwide and beyond. He’s perked up unpromising small spaces with both flowers and edibles, and says you can have a brilliantly colourful effect by combining both, as he demonstrates in his new book, Pots For All Seasons.

“People have different criteria when growing veg. I don’t approach it on the basis of what will provide me with the most food. I just find that many veg and herbs are just as ornamental, and if I get some crops from them, that’s a bonus.”

So, how do you go about growing plants such as lettuce, beetroot and tomatoes, alongside pretty annuals?

Go for good-looking veg
“Firstly, look for good-looking vegetables. I don’t grow anything which I don’t consider to be good looking,” he says. “Tomatoes, aubergines and peppers provide brilliant colour in pots, while leafy veg and carrot tops provide the green you also need.”

Find out which veg grow better in pots
“Some do better in pots than they would in the ground. Chillies and aubergines, for instance, tend not to do as well in the ground, while you can keep a better eye on leafy salads in containers, where you can crop them young and keep them protected off the ground.” 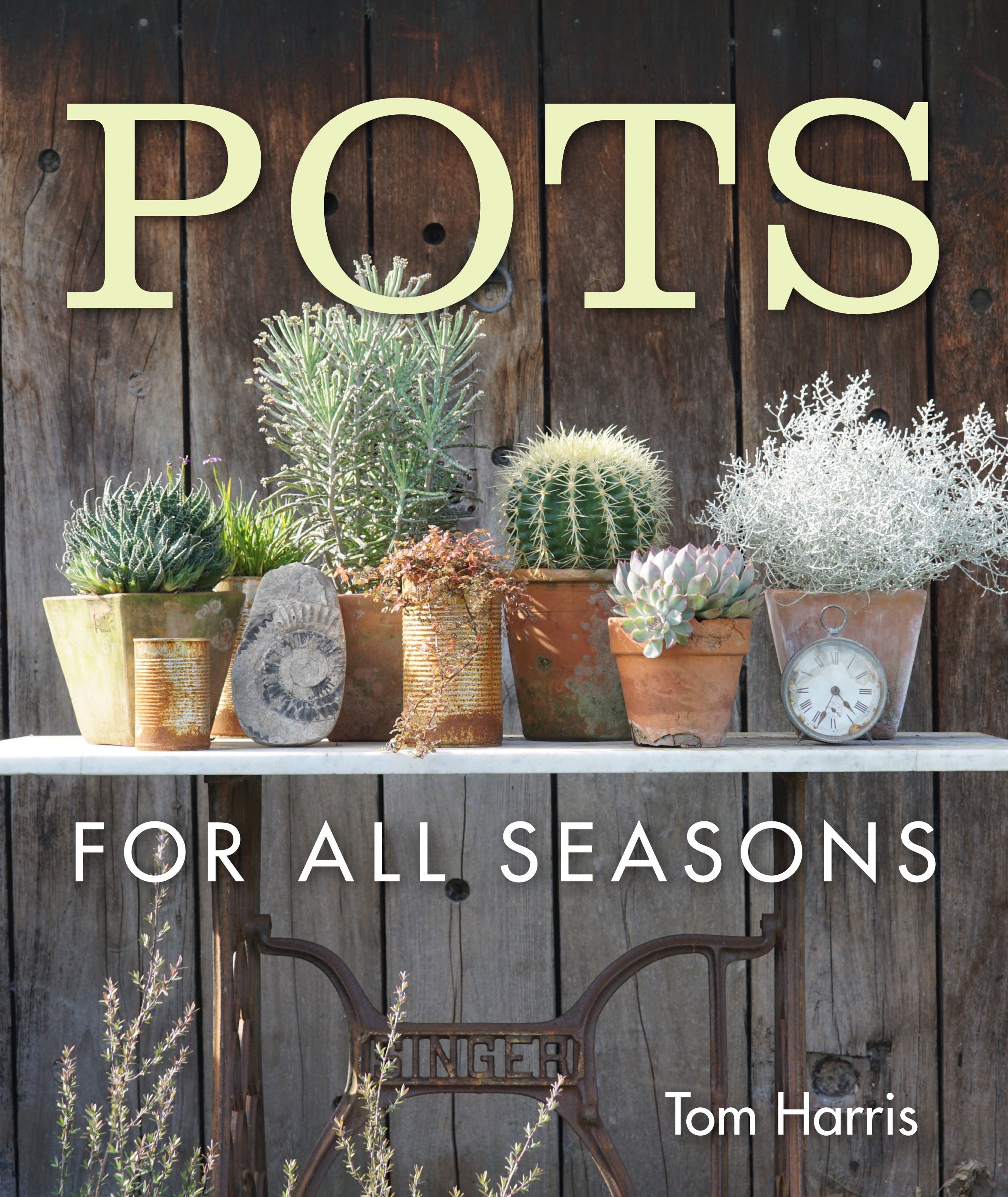 Grow them separately
Harris recommends growing veg separately from flowers in pots, moving them around to experiment with what gives the best effect. “Try to grow them in individual pots and group ornamental and foliage plants around veg, rather than putting them in the same pot,” he explains. “Having said that, I had a great success planting lobelia and lettuce in a pot together. They work really well in a wall pot or a basket. Nasturtiums also work well with lettuce.

“Certain veg don’t like too much competition. Aubergines, for instance, resent anything else competing with them and look great in pots on their own. I grow them in old olive tins which make the fruits look that much more striking.

“Courgettes should be put singly in the largest pot you can. The yellow-fruited or round-fruited ones – I grow one called Greyzini which has beautifully marbled leaves and grey-green fruits – look great.

“The ‘Baby Rosanna’ small-fruited aubergines are very productive but manageable in a container, and with tomatoes in pots, I’d go for the bush or trailing cherry tomatoes such as ‘Sweet and Neat’, a compact variety which comes in yellow or red and ‘Tumbling Toms’ are the most productive.”

Combine herbs
If you want your herb garden to be changeable, plant pots of basil, chives, thyme and parsley separately, then group all the small pots into a much bigger container, he suggests.

“Lots of herbs get too big, too quickly. Keeping them in their smaller individual pots allows you to pull them out and put something else back in and repot them, and helps keep rampant herbs like mint in check. Again, it’s about creating a picture; keeping herbs in a display, but neatly separated.”

Make the most of ornamental leaves
Colourful leaves also add interest to your combined pots, says Harris. “Some of the coloured mustard mixes look great, and my favourite chilli is ‘Prairie Fire’ which is very compact and I grow it in a long trough. You might want to grow a taller variety in a single pot.

“In a display, each one can show off the other in terms of texture, colour and shape, and the fruits bring you something extra that you wouldn’t just get with flowering bedding plants.”

Which combinations work best together?
If you have a crate, intermingle sun-worshipping Verbena ‘Lollipop’ with trailing pink calibrachoa and cherry-fruited tomatoes, Harris suggests. “In baskets I always plant thunbergia with free-trailing tomatoes and parsley, so you have that wonderful contrast of different greens and then pops of bright colour from the tomatoes and the thunbergia.”

In larger planters with wigwams, grow sweet peas with climbing beans and you’re likely to get a better crop, as bees will be attracted to the sweet peas and will then pollinate the beans, he adds.

“If you group crops of veg with crops of flowers, you will be encouraging biodiversity and hopefully warding off some predators by confusing them,” he says.

Think about pot height
In a mixed display, make sure your pots are all at different heights, Harris suggests. “Choose pots of different heights and different widths. I use anything from stacks of bricks with a paving slab, or upturned pots to raise my containers. You need some kind of variation in height and size to get a good look.

“Play around with the pots, rearranging them and placing one plant against another until you have the right combination. You might need to take something away or bring something else in. The display is all part of the fun.”
Use colour combinations

Chillies might be partnered with rich-leaved heucheras and sedum, he notes. “Coleus is another great foliage plant. The bright coloured leaves bring out the tones in tomatoes or the chillies, or even echo the red leaves of lettuce or mustard.”
(PA)