How to get the most out of your cacti

By Luke Rix-Standing
There's something strangely adorable about the humble house cactus.

They may seem prickly and aloof, refusing to play nicely with their peers out in the garden, but once you get to know them, you realise they have vulnerabilities too.

In fact, there are a whole host of misconceptions surrounding cacti - they don't all have spines, they can flower gloriously, and, most importantly, they do need watering. And before you start sending us letters, 'cacti' and 'cactuses' are both correct, and can be used interchangeably.

We spoke to Andy Baxter, director of The Internet Gardener, and Emma Allen, garden manager at RHS Wisley, to demystify these prickly characters, and sort fact from fiction... 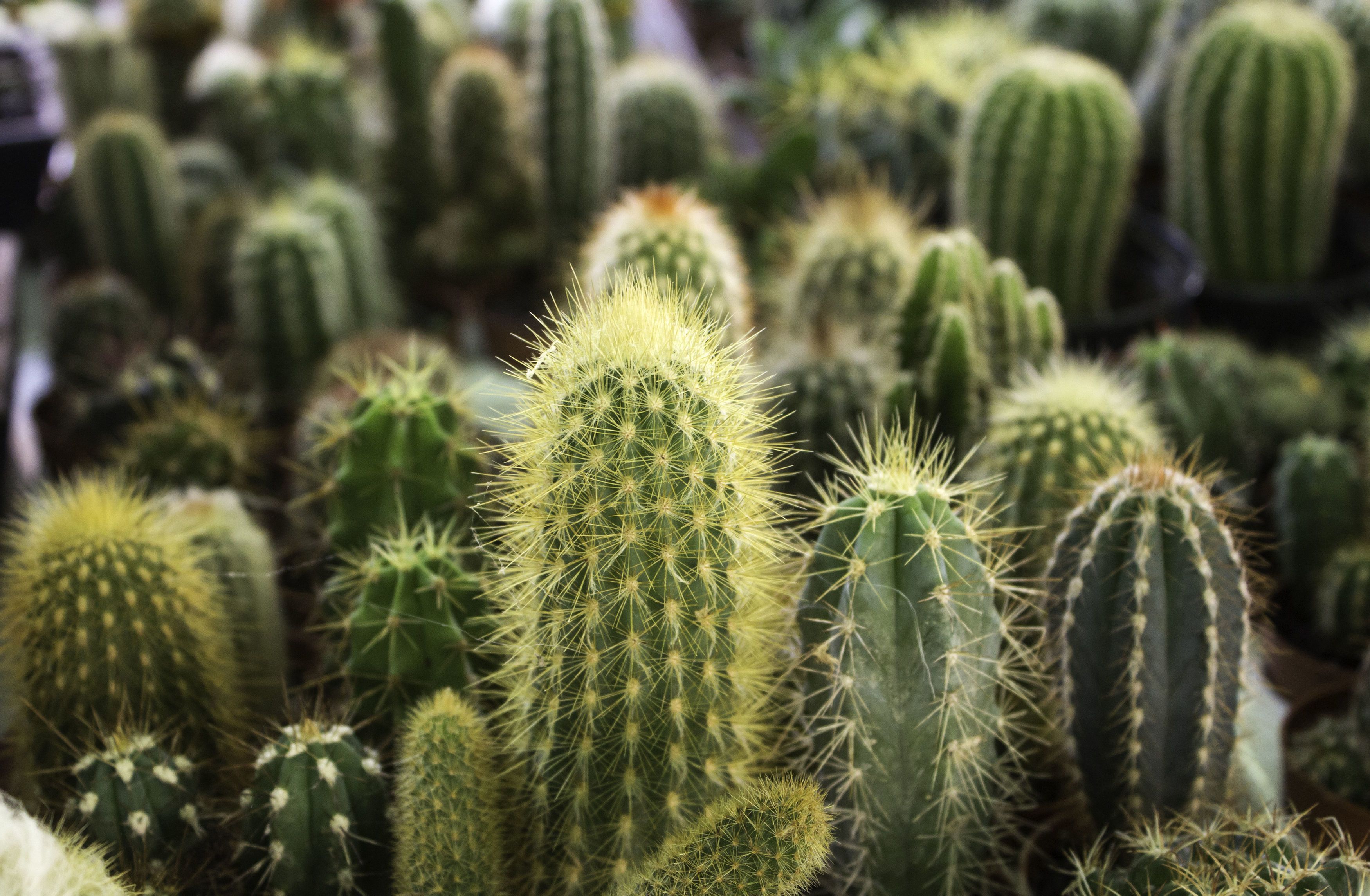 Why cacti?
Cacti are practical, different, and sometimes disarmingly beautiful.

Perhaps best of all - if you've ever struggled to find someone to water your houseplants in your absence, or forgotten altogether and returned to withered leaves and mulch - cacti don't tend to die when you go on holiday.

For such tough little numbers, they can also erupt into effervescent florals to rival your garden's most bountiful blooms. "They're very flamboyant for something so spiky and gnarly most of the time," says Ms Allen, "and they have the most over-the-top, glamorous flowers."

Most of all though, cactuses are right at the pointy end of urban cool. Burly, exotic, self-reliant little plants, they turn up anywhere from dinner tables to desks, and are distinctly edgier than their floral brethren.

A wide variety
Nevermind the traditional trident-shaped cacti you see in snaps of the Wild West - in reality there are enough different species to fill the Eden Project several times over. "There's a huge diversity and range of cacti," says Ms Allen. "All kinds of different colours and shapes and sizes."

Novices might enjoy the 'bunny ear cactus' (a.k.a the 'polka-dot cactus'), so named for a striking resemblence to Mickey Mouse. "They're perfect for beginners," says Mr Baxter. "Low maintenance, and only need watering every three to four weeks during autumn and winter - slightly more during warmer months."

The 'hedgehog cactus' (a.k.a the 'sea-urchin') is equally entry-level, and is known for its large and beautiful flowers. "They require very little care," says Mr Baxter, "and as long as they receive regular sunlight, they should thrive."

Other domestic regulars include the 'moon cactus', a South American species that comes in a wide palette of colours, and the 'old lady cactus', small, spiny, spherical specimens with funnel-shaped flowers. 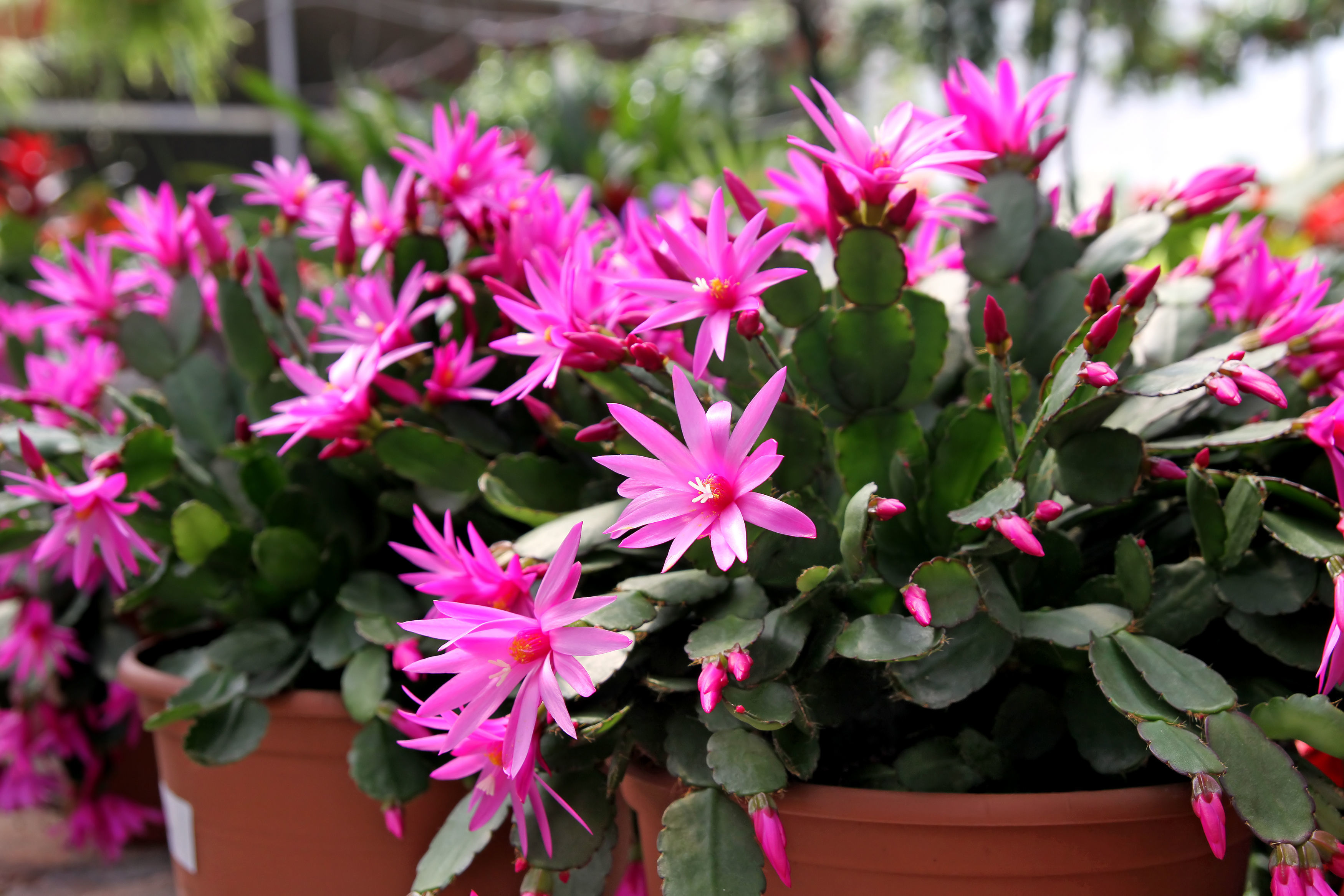 Caring for your cactus
Though the cactuses-don't-need-watering myth is, very much, a myth, it's true they rank among the lowest maintenance plants money can buy. They're not bothered by central heating, are as structurally strong as an ox, and actively need to dry out before drinks.

The most important resource is light, and cacti should ideally be kept on the sill of a south-facing window. Watering will depend on species and season, and can be anything from twice a week to once a month.

Over-watering is a greater risk than under-watering, so you need to make sure your cactus can easily rid itself of excess fluid. "Never let them sit in water," says Ms Allen. "You want to make make sure they've got a nice, free-draining compost mixture, so work in some grit or gravel, or some coarse sand."

"Drainage is very important," agrees Mr Baxter. "You should always choose a pot with drainage holes in the bottom."

For the finest cacti you may need to invest in some feed. "There's specialist cacti feed out there, and they'll appreciate it," says Ms Allen. "Feed them probably once a month during growing season, which tends to be April to September."

Cacti can endure harsh conditions but they struggle to heal physical damage, so keep them out of the firing line and check for signs of damage before you buy. "Plants that have bumps, scars, mushy spots and even bugs are likely to be unhealthy," says Mr Baxter. "They'll be difficult to take care of and will probably die sooner."

You can acquire cacti at any self-respecting garden centre, but for the best in cactus range and welfare, try one of the many, many cactus and succulent nurseries.

Get the look
Traditionally cactuses don't thrive in bathroom humidity, but can be happily integrated into any other room of the house.

The plants themselves are entirely static, so styling tends to focus on pot and soil, and cacti can look lovely with a little gravel top dressing. "You can get really cool containers to put them in," says Ms Allen. "Personally I think they look nice in terracotta, but you can use anything."

Aesthetically, cacti thrive on company, and arrangements will often feature collections of plants lined up in order of size, or grouped into a mini-nursery with the largest at the back.

Minimalist rooms can be spruced up with an oversized, statement cactus, while bold, colourful rooms benefit from bold, colourful plants. "Moon cacti would be perfect for this," says Mr Baxter, "as their [bright red] blooms are extremely striking."
(PA)