How to get your child interested in houseplants – whatever their age

By Hannah Stephenson
As a father of three children under six, TV gardener David Domoney knows only too well how important it is for him – and the kids – to get into the garden to de-stress. 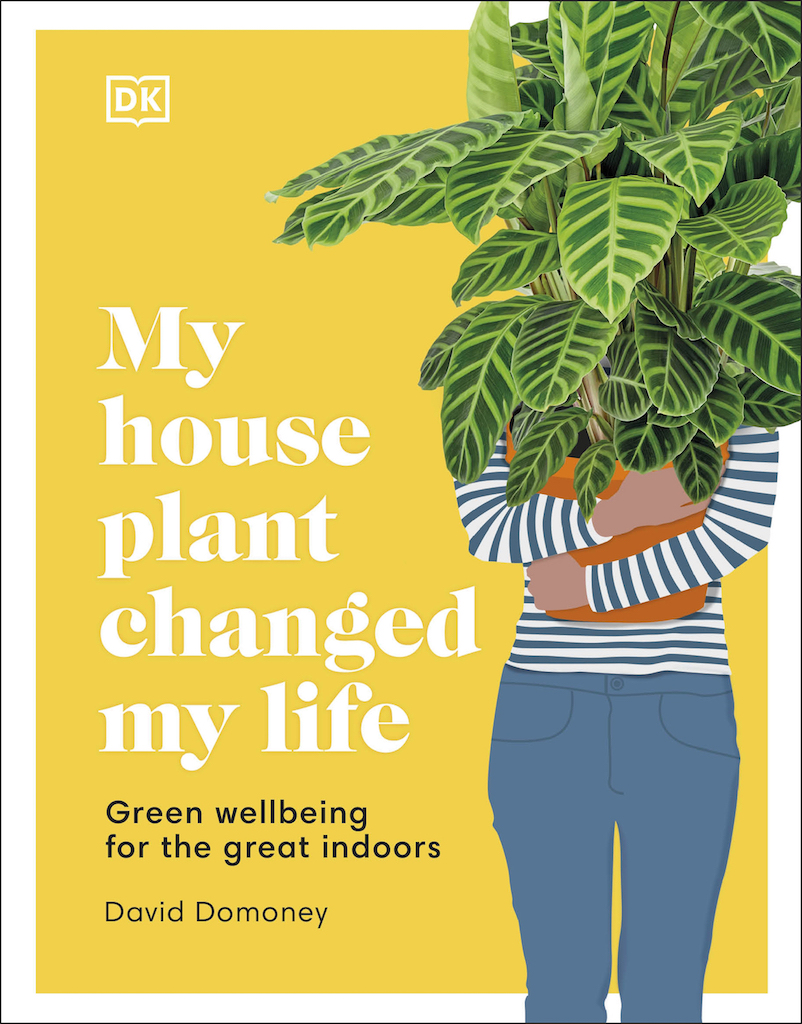 But as well as introducing his children to outdoor plants, he’s found that involving them in growing plants indoors also helps boost their mood and stimulates their interest in mother nature.

Now, he has written My House Plant Changed My Life, which aims to help people realise the wellbeing power of the houseplant, and offers suggestions on how to get children involved in growing indoor plants from an early age.

“In this day and age, technology is absorbing our kids’ minds more than ever. More time is spent on smartphones, tablets, computers and plasma screens and it’s sucking the connection with nature out of humanity. Yet there’s a feeling that kids want more interaction with nature,” says Domoney, co-presenter of ITV’s Love Your Garden with Alan Titchmarsh.

He sets out age categories to determine how to engage children, be they tots, tweens or teens. “Different age groups are so different in their abilities and desires,” he says. “Plant selection can be made for them specific to what stage in life they are.”

So which houseplants suits which ages?
Babies and toddlers
Choose plants that are tactile to start them off, Domoney recommends. “All my children as babies wanted to touch plants. Sensory plants like the maidenhair fern, a fine leaf fern which, if you blow on it, moves, so you also have that animation to it. The velvet plant has a lovely touching, captivating experience.”

Touching plants can have a calming effect on toddlers, he adds. “The moment they touch plants – then gently letting them know not to bite, pull or rip – [can have] a calming effect. Bash and crash toys are one thing, but the soft interaction and understanding of holding back is an important lesson.”

Young children
As they come out of the terrible twos, young children could be encouraged to water plants, Domoney suggests, as they may want to participate in what their parents are doing and emulate their behaviour. Seeing their parents looking after plants gives them something to aspire to, he notes.

“Use different varieties, like living stones (lithops) and fleshy succulents like aloe. Just make sure they don’t put any of the plant in their mouth. Teach them that plants are to look after and care for.”

Treat your little one to a tiny watering can to help them on their way, he suggests. “It helps to develop an idea of nurture – that you care for these plants and they grow. There’s a reliance on the person that is handling it and you are teaching an element of dexterity, like balance with the can, interaction with water – it’s more than play.”

Tweens (aged 7-12)
When dexterity and development are rapidly progressing, children can be encouraged to look after plants for themselves, unsupervised, says Domoney. “There are fun, curious plants they can have on their own windowsills, like the polka dot plant (Hypoestes phyllostachya), a lovely pink-splashed plant.

“It’s also an ideal time to teach them how to propagate their own plants by taking cuttings. It might involve pulling a leaf off a jade plant and putting it in an eggcup of water on the windowsill, seeing it root and potting it up. Done in the right way, that plant could be with them on their shelves and windowsills at university.”

“Tweens then give the plants they propagate to Grandma, Grandpa, school teacher, best friend [pandemic restrictions allowing],” he continues. “The art of growing and giving is an important lesson for children. Giving is one of the key components of happiness.

“Success, achievement, sharing, fascination and amazement that things are growing, are incredibly positive for the mind at that age.”

Young teens (aged 13-15)
By now they are old enough to be able to grow plants, but to keep their interest they may need to be amazed by them, says Domoney. “Plants with personality that take the relationship further on than just the growing and the cutting, encourage you to interact – plants like the Venus fly trap, and Mimosa pudica, which closes up when you touch it.

“The prayer plant (maranta) closes its leaves up at night and then opens up the next day – this type of interaction creates the fascination. They will share that with their friends.

“You go from just caring for the plant to loving and being fascinated by it.”

Your children may still have the cacti they had when they were younger, but where there’s a history, the plant will be worth more to them mentally, now, and there’s an obligation to keep it going, he adds.

Older teens (aged 16-18)
Your teens may want cool architectural plants to give them adult style and kudos, encouraging them to share their favourites on social media, says Domoney. “Being cool and having cool plants around like yucca, dragon trees and palms in the bedroom is perceived to gain respect.”
(PA)