How to rewild your garden with prairie planting

Do you like the idea of rewilding, but without a swathe of overgrown nettles and brambles taking over? Prairie planting may be the way to go.

You may not have the vast landscape of the prairies of North America, but you can create a mini-prairie even in the smallest area, says Ed Ikin, deputy director and head of landscape, horticulture and research at Wakehurst, RBG Kew’s wild botanic garden in Sussex. 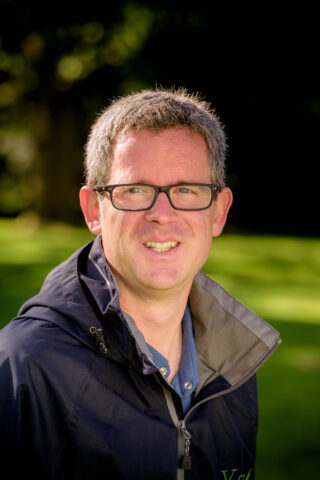 Ikin has pioneered a project in which 12 million seeds have already been sown, and more than 50,000 plants are to be hand-planted in September into Wakehurst’s new six-acre American Prairie – and you could replicate at least a tiny part of that in your own garden. Here, Ikin explains how…

What is a prairie?
It’s a grassland, composed of multiple layers, from grasses at the bottom layer covering the ground, to flowers which might come through those grasses, some which form rosettes with a wide spread to occupy space where weeds would grow, others which produce tall flowers, he explains.

Is there an ideal soil?
Light or medium soil is good. You may have to add some sand or crushed rock if you have a heavier soil, or select plants which are suited to your soil, Ikin suggests.

“The ground needs to be just cultivated enough, but the less you cultivate it, the better. Ideally you just work with the conditions you have, planting in full sun if you can. Prairies tend to be open plains.”

What plants should you go for?
Clump-forming grasses such as the little blue stem (Schizachyrium scoparium) are ideal. “If you have a sandy soil, you might go for a coastal plant community. Suitable plants would include the butterfly weed (Asclepias tuberosa), which has the most gorgeous bright orange flowers and is used to growing en masse and is a fantastic nectar source, and Zizia, a member of the daisy family.

“If you have a medium soil you might go for monarda (bergamot). We have Monarda citriodora and punctata, which are robust. Rudbeckia hirta has the classic dark centre and golden petals, and we also have coreopsis, mountain mint and Penstemon digitalis.

“You can also throw the coneflower (echinacea) into the mix. As a general rule, Echinacea pallida or laevigata are happiest in prairie systems, and will go right through the prairie mix. Baptisia (false indigo) should also do well.”

Seeds or plug plants?
“A lot of our prairie plants have been sown directly into the ground. If you do that, you get really tough plants where only the strong will survive. I recommend people experiment with direct sowing. Mix your grass seeds with flowering plant seeds such as rudbeckia, which is brilliant at colonising quickly.”

When should you sow?
“Sow in late summer and in September – it’s good to get a little germination before the end of the season. If you’ve a lot of pigeons, cover the seeds with horticultural fleece. Sow the grass at the same time as you sow the flowers. You may mix them with a little silver sand, which not only allows the seed to go further but enables you to see where you’ve sown.”

He says you should get some germination in autumn, but mainly in the following spring, and you shouldn’t have to do anything to it over the cooler months. Be patient! 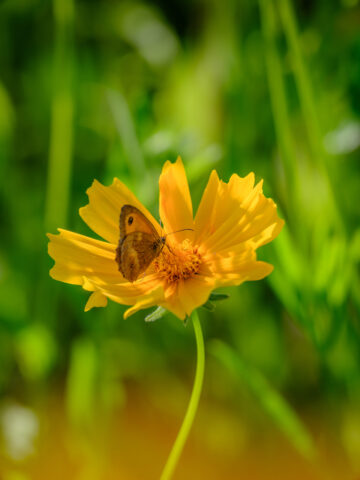 How should your finished mini-prairie look?
“It will change over seasons. Bear in mind that the young prairie will look different to the mature prairie,” says Ikin. “When it’s young, the rudbeckias will seem dominant, but it will be visually complex with lots of shapes and colours. You tend to have gold dominating, but the key is to keep adding plants into your prairie so over time those early pioneers will fade away, while those you choose to add over time, like echinaceas, baptisias and liatris, will change the colour palette and you’ll also get more texture from the grasses.”

How do you maintain it?
It may seem harsh, but Ikin says after the mini-prairie has been established for several years, set your mower to its highest setting during summer and mow the whole area. That way, the base grasses will root more strongly and you’ll eliminate annual weeds, and keep sunlight coming into the soil.

“You will have created a plant community that can take the stress of being mown and you need to collect the clippings. You will be mowing flowers too. It’s a little counter-intuitive but you have to consider whether you want to create an area which is really stable in the long-term,” he says.

Once the base layer is established, you may want to replenish the mini-prairie with colourful perennial plug plants.

Can you create a prairie in a pot?
“Yes, but consider the physical shape and plants which complement each other. Do you want something tall, or that’s going to grow sideways or form a clump? Or you might want to pick three things that grow together in the wild and look particularly beautiful in a design setting,” says Ikin.

“In our prairie, the tallest plant will be the deer grass, which can grow up to 3m, but you might want to consider a cultivated more compact version. Then you might find an echinacea or penstemon which would be happy in a pot, coupled with a clump-forming grass.”