The Venerable Order of St John of Jerusalem recently held an investiture ceremony at The King’s Chapel.

The investiture was carried out by the Governor, Vice Admiral Sir David Steel, himself a Knight of Grace of the Order and Patron of St John Association for Gibraltar. 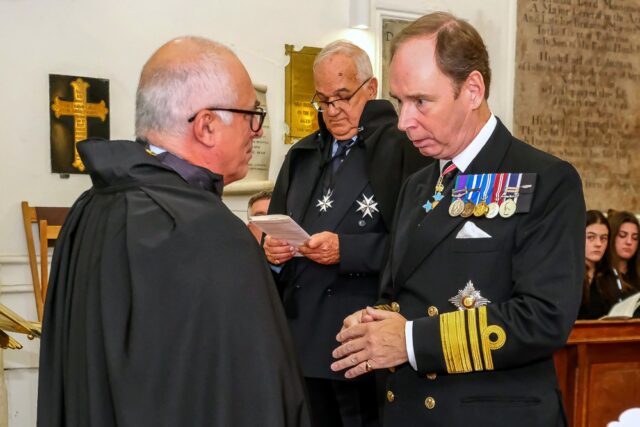 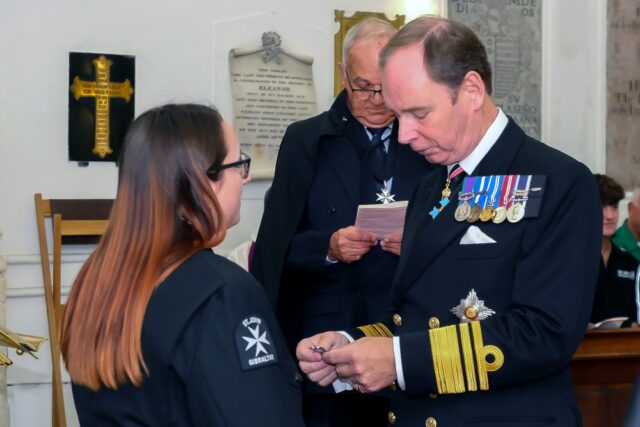 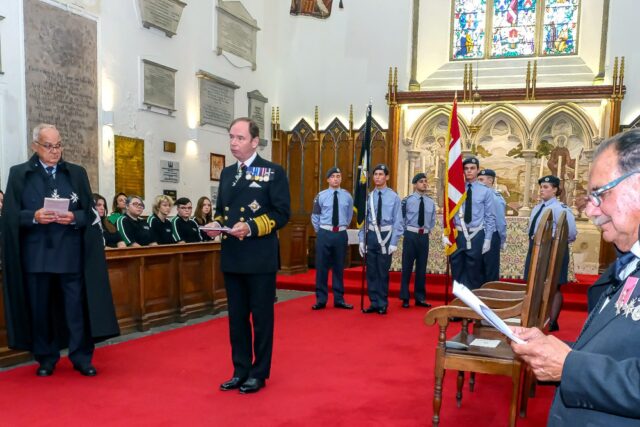 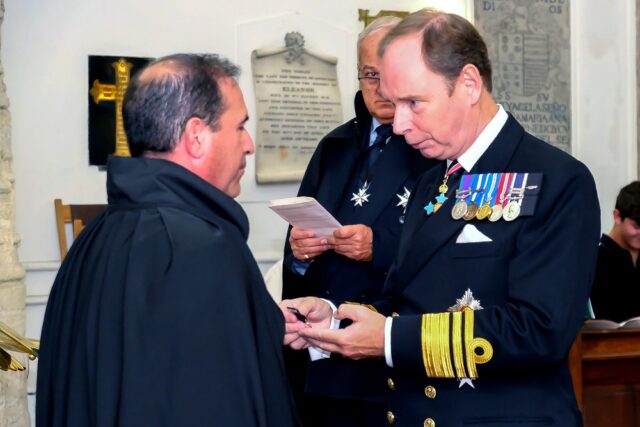 A piper from the Gibraltar Sea Scouts attended and the Banner Parties were provided by Air Cadets from No 2 Overseas Gibraltar Squadron, Air Training Corps.

The St John Association for Gibraltar Chaplain, Fr Danny Hernandez, officiated and Richard Labrador, Member of the Order, acted as Master of Ceremonies.

Following the ceremony light refreshments were served at The King’s Chapel music room.

The St John Association for Gibraltar would like to acknowledge its gratitude to British Forces Gibraltar for the use of the Chapel for the investiture.