Iranian tanker sails from Gibraltar after US detention bid is rejected

The Iranian tanker Grace 1 sailed from Gibraltar on Sunday night, 46 days after it was detained on suspicion of breaching EU sanctions against Syria.
The vessel, now renamed Adrian Darya 1, sailed from British waters around the Rock at about 11.30pm.
The ship tracking website Marine Traffic showed the ship sailing east into the Mediterranean.
The vessel sailed just hours after the Gibraltar Government knocked back a US request to seize the Iranian supertanker Grace 1.
Its destination was not immediately clear but its satellite tracker was signalling the Greek port of Kalamata.
Gibraltar said the US was seeking to seize the ship on grounds “intrinsically linked” to US sanctions against Iran.
But it said there was no equivalent sanctions regime in Gibraltar, the UK or the rest of the EU.
“The EU sanctions regime on Iran is fundamentally different to that of the US,” the Gibraltar Government said in a statement.
“The Gibraltar Central Authority [for Mutual Legal Assistance] is unable seek an order of the Supreme Court of Gibraltar to provide the restraining assistance required by the United States of America,” it added.
“The Central Authority's inability to seek the orders requested is a result of the operation of European Union law and the differences in the sanctions regimes applicable to Iran in the EU and the US.”

All day Sunday, the tanker remained at anchorage off the east side of the Rock awaiting a new crew and making preparations to sail.
The tanker, which is carrying 2.1m barrels of Iranian crude, was seized by Gibraltar law enforcement agencies and British Royal Marines on July 4 on suspicion of violating European Union sanctions by taking oil to Syria.
But Gibraltar lifted the detention order last Thursday after Chief Minister Fabian Picardo said he had secured written assurances from Tehran that the cargo would not go to Syria.
Those assurances, in the form of diplomatic Notes Verbale from the Iranian government, were published last Thursday by Gibraltar as part of the legal notice lifting the detention order.
On Saturday, the US Government obtained a warrant from a US court in a last-ditch attempt to seize the tanker, which has now been renamed Adrian Darya 1 and re-registered under the Iranian flag. 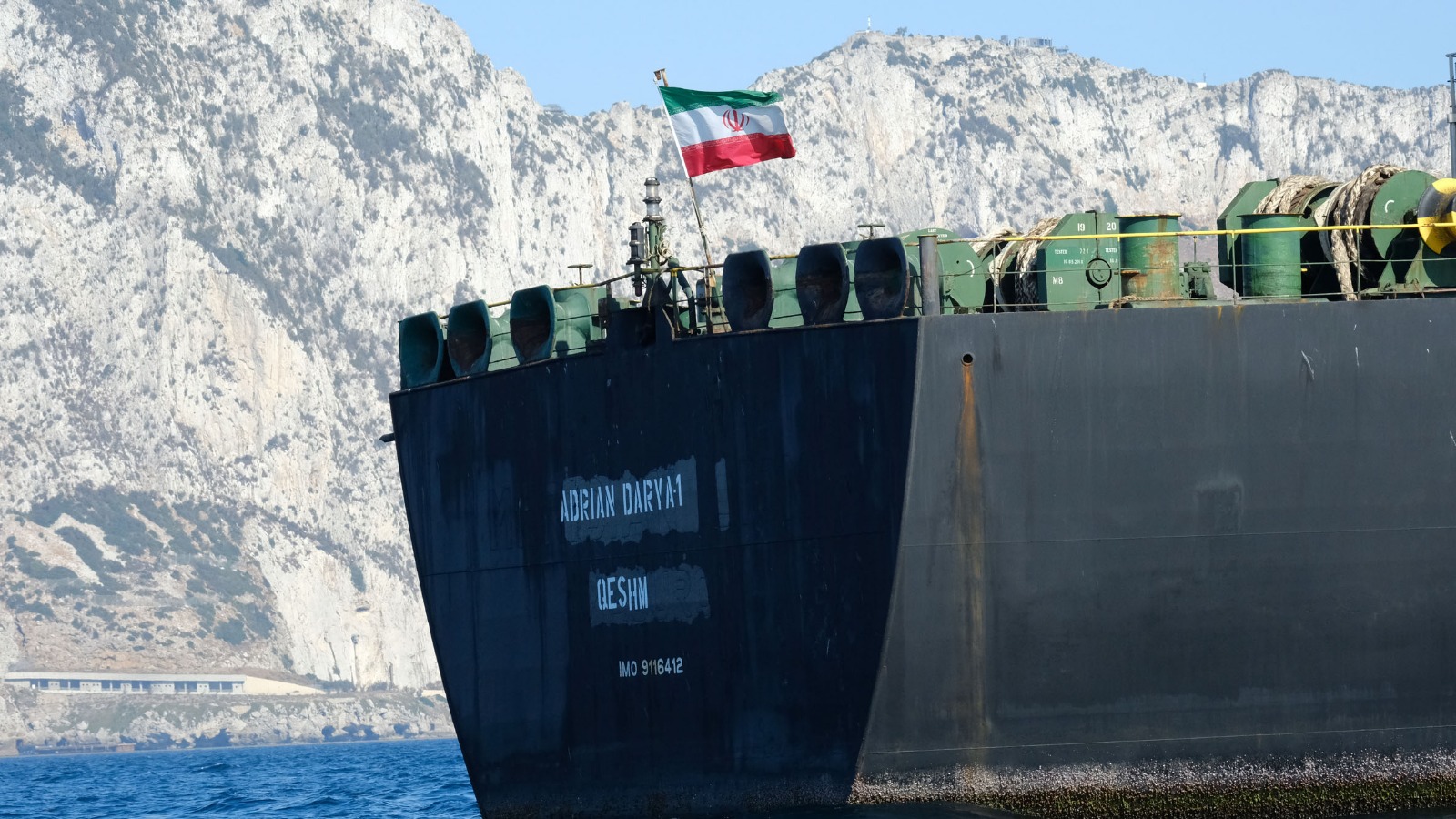 The US was seeking to impound the ship on the grounds that it had links to Iran's Islamic Revolutionary Guard Corps [IRGC], which it designates as a terrorist organisation.
A federal court in Washington issued a warrant to seize the tanker, the oil it carries and nearly $1 million.
"A network of front companies allegedly laundered millions of dollars in support of such shipments," the U.S. attorney for the District of Columbia, Jessie Liu, said in a news release on Saturday.
"The scheme involves multiple parties affiliated with the IRGC and furthered by the deceptive voyages of the Grace 1."
But the Gibraltar government said on Sunday that the EU sanctions regime on Iran was “much narrower” than the one applicable in the US.
It said Gibraltar’s Ministry for Justice, which is the central authority that handles requests for mutual legal assistance, had considered the US request “with great care in order to be able to assist…in every way possible”, but was unable to action it.
“The principal reason for this was that the offences disclosed in the US [request for mutual legal assistance] would not constitute offences in Gibraltar had they occurred in Gibraltar,” the Gibraltar Government said in the statement.
“Notably, at the heart of the US request, were offences under the US International Emergency Economic Powers Act linked to US sanctions against Iran.”
“There are no equivalent sanctions against Iran in Gibraltar, the UK or the rest of the EU.” 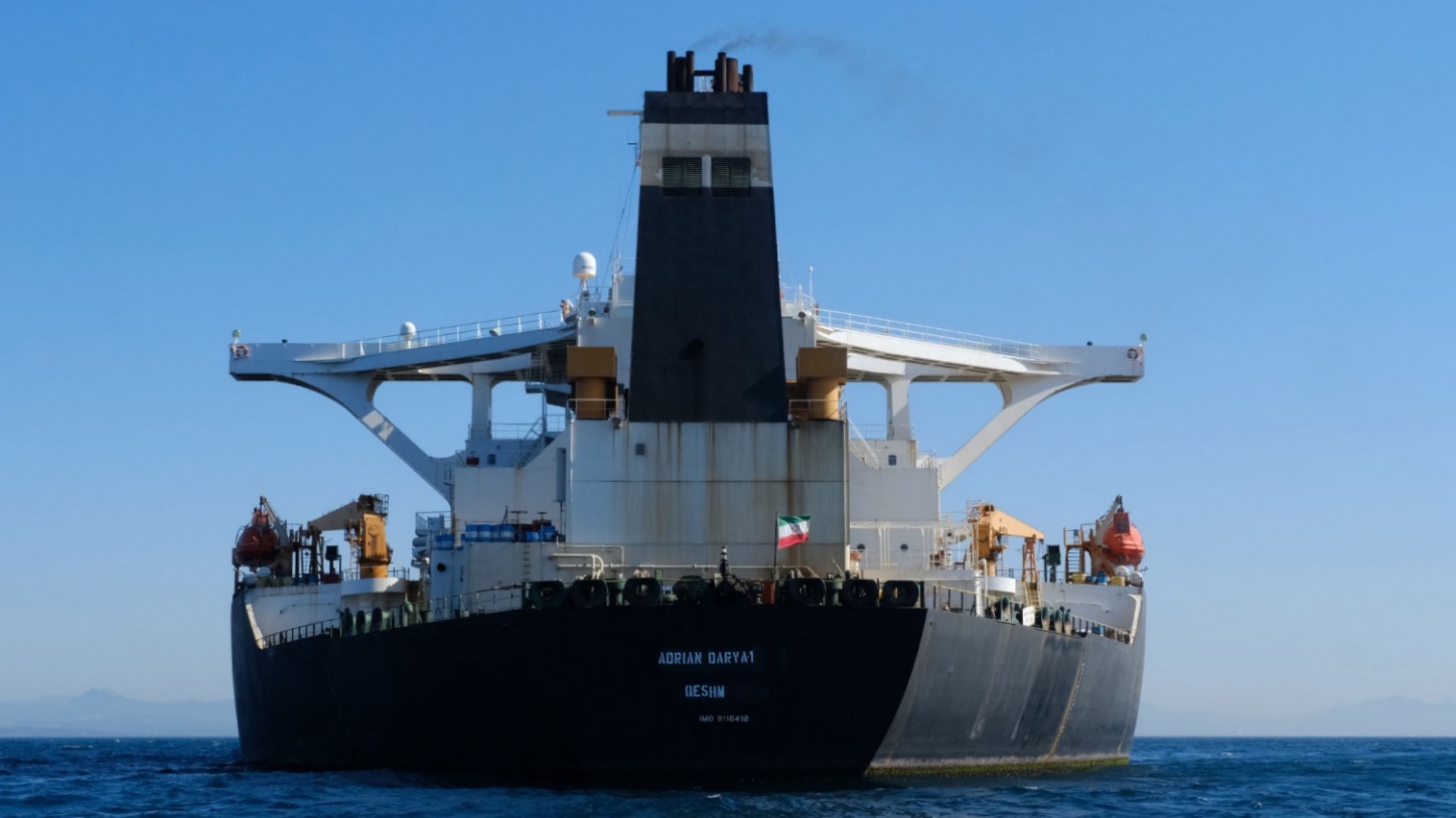 Gibraltar said that under EU law, an economic resource owned or controlled by the IRGC should not be dealt with by others. But the EU regulation did not require that the resource should be confiscated or detained.
“In these circumstances, although the additional information provided [by the US] on 16 August 2019 does create a closer nexus with those elements of the EU sanctions regime against Iran that are still active, we the Central Authority do not consider that such a nexus, based on control of the economic resource, is sufficient to establish that the presence of the Grace 1 and its cargo in British Gibraltar territorial waters constitutes, by itself, an offence under the laws of Gibraltar,” the Gibraltar Government said in the statement.
“Accordingly, by virtue of the operation of EU law, the Gibraltar Central Authority is unable to provide the assistance requested."
The Gibraltar Government also noted that the IRGC is not a designated foreign terrorist organisation in Gibraltar, the UK or in the EU generally, unlike in the US.
It added that EU legislation specifically prohibited compliance with certain US legislation, including the Iranian Transactions and Sanctions Regulations that formed a central part of the US request to seize the Grace 1.
Although the EU Blocking Regulation 2271/96 was aimed mainly at commercial operators, the Gibraltar Government said it reflected “the very different positions and legal regimes” in the US and the EU.