Author Joan Fallon has published another book, described as dark, thought provoking, yet light hearted in places, ‘Sophie is Still Missing’ is an intricate mystery which delves into the shadowy world of the Costa del Sol, people trafficking and modern slavery. 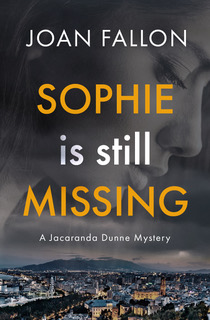 Ms Fallon is known locally for having previously written about Gibraltar’s role in the Spanish Civil War.

The Scottish author is based in the south of Spain, with many of her novels set in Andalusia. There is also a possibility that Gibraltar will feature in future books.

Many of her books have been translated into Spanish and Portuguese.

The book’s main character is Jacaranda Dunn an ex-Metropolitan police officer, who has moved to Spain to open a detective agency in Málaga, and be nearer to her mother, the Marquesa of Calderón del Bosque. Known as JD to her friends and colleagues, she has two assistants: Linda, who had previously worked for a criminal lawyer, and Ignacio, a young computer technician who can find his way around anything digital, but not always legally.

Her love life is complicated. She is having an on-off relationship with Federico, a captain in the Guardia Civil, who loves her but feels she is just using him in order to have access to police resources. Tim, a local reporter, is constantly inviting her to go out with him, and Jacobo, who makes television documentaries, is an ex-lover who is still her best friend.

But JD is haunted by the death of her husband five years previously, and won’t consider a permanent relationship with anyone until she discovers who was behind his brutal stabbing.

She also has another worry; Thomas Steed, the drug dealer who was sentenced to fourteen years in a maximum security prison in the UK, as a result of her testimony, has been given early release. The last words she’d heard him say were a public threat to her safety.

The synopsis of the book describes the work of the agency is fairly routine, missing dogs, stolen passports, unfaithful husbands. Until one day a woman comes into the agency and wants JD to find her missing daughter. Sophie and her best friend, Julie, both aged 14, disappeared the previous summer, but an extensive police search failed to find them. Then Julie’s body was found carefully placed at the feet of a statue of the Virgin Mary during Holy Week. Now, after three months, the police have closed the case. The distraught parents want JD to investigate.

Julie’s death is almost certainly linked to Sophie’s disappearance, and to find out the truth, JD has to find answers to a number of questions:
- where had the dead girl been for almost a year?
- why was her body left in plain sight at the feet of a statue of the Virgin Mary?
- why were the police unable to find any trace of the girls after they had disappeared?
- why had the police closed down an unsolved murder case after only three months?
- why was the unexplained death of the officer investigating the case deemed to be an accident?
- and most urgently, where was Sophie now?

Sophie is still Missing is available on Amazon.