The Heineken Cup, sponsored by Lewis Stagnetto, is composed of 3 events with the Top 8 ranked players battling out for the Cup at the season finale, held at Europa Sports Complex on the 6th and 7th December as from 18:00.
The third round saw a strong field of regular players in the Gibraltar 9-Ball season. 20 players battled it out over Friday and Saturday.
First rounds saw no major upsets as the strong favourites pulled through their first-round matches with dominance. The second round produced the first upset of the night when Warren Gonzalez beat Andrew Olivero by the narrowest of margins 4 -3 on a crazy 9-ball in the last frame that they both could not capitalize. John Skellett also started his campaign against Samuel Santiago in what was the match of the event eventually pulling through 4-3 in a last frame decider.
In the Quarter finals we saw Paul Cartwright beating Warren Gonzalez 4-2 and thus reaching the semi-finals and earning himself a spot in the elusive 8 players playing for the Cup on finals night. Jotham Olivero on the other hand was fighting to gain his spot too against a very competitive and difficult player to beat that is Juan Manuel Nuñez. Jotham managed to win 4-3 and thus book himself a semi-final spot against John Skellett.
In the semi-finals Jotham Olivero played John Skellet in a ail biting affair, that was decided on the final frame where John edged out as a winner 5-4. Jotham had a great performance on the night and did enough to make the final cut.
Paul Cartwright seemed to relax after reaching his goal of the last 8 but an inform Michael Vasquez was no easy fete to beat. Michael ended up victorious with a 5 – 1 result in favour.
The final saw John Skellet versus Michael Vasquez. The match started with John taking the first frame, then Michael the second. The match went 2-2 and then john took the next 2 frames to take it to 4-2. Michael secured the next frame 4-3 but John kept the pressure and won the next 5-3 John and the match. John Skellet won the Heineken Series 3 event.
After the evenings event, the last 8 players that would play in final nights was decided. They are (1) John Skellett (2) Juan Manuel Nuñez(3) Andrew Olivero (4) Michael Vasquez (5) Brian Fa (6) Kevyn Torres (7) Jotham Olivero (8) Paul Cartwright 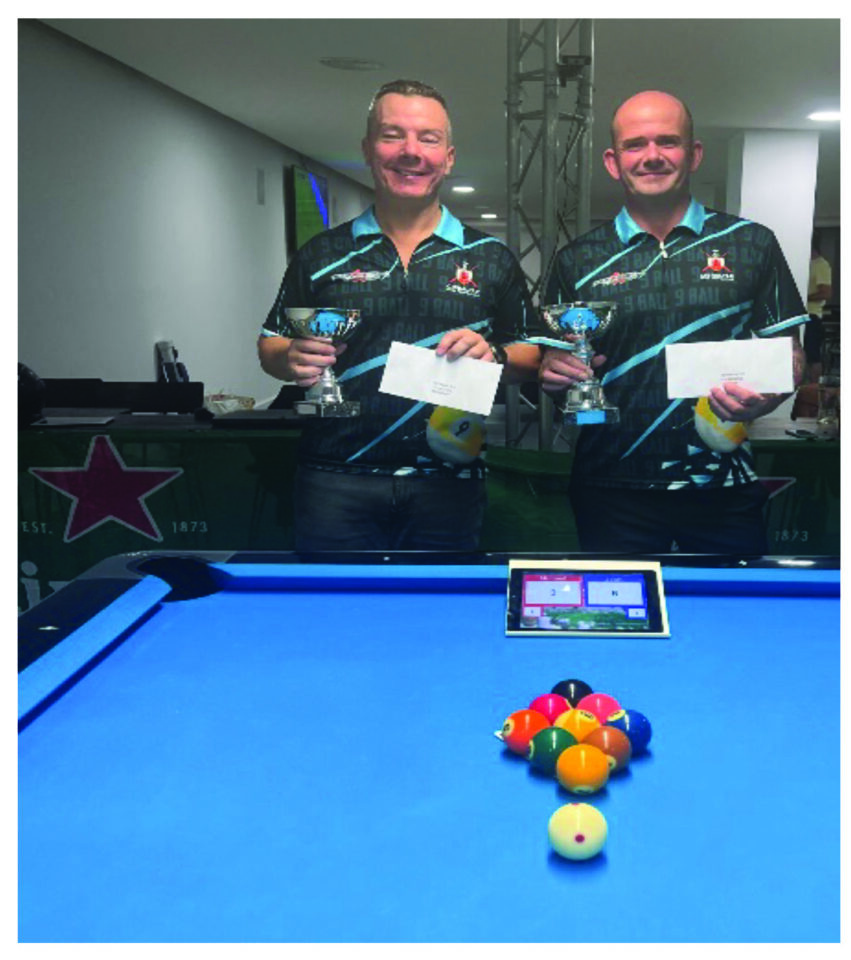