Joining the RGP at 40

“I joined the police as I wanted my girls to be proud of me. I hope they are.”

Those are the words of PC Nicholas Ramagge — one of the officers from the RGP’s Neighbourhood Policing team.

The 42-year-old dad of two joined the force one and a half years ago after he decided he needed a career change from selling property in Gibraltar.

He explained: “My eldest daughter is fascinated by the police and my youngest thinks every emergency service worker, be it Customs, ambulance or police, is daddy’s best friend. She identifies them with positivity, which I think is good.” 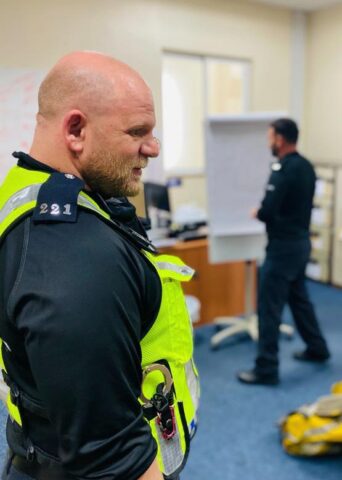 But the keen rugby fan will be the first to admit it was a difficult transition joining the police at the age of 40.

Commenting on the six months of intensive training at New Mole House, he said: “I found it difficult. I had been out of education for the better part of 20 years. So to go back into a formal learning environment like school classrooms was a bit of a challenge. We had a young child at home so that had its own unique challenges too.”

“But it was nice to get back into a team environment. It was good to meet other like- minded people and have that shared learning experience where you know what you are doing is practicable for the job you are doing, rather than at school where you’re learning trigonometry, which I haven’t used since the age of 16.”

After spending his first year as a uniformed officer on Response Team 1, Nick joined the Neighbourhood Police team on January 4th this year.

These days Nick deals with everything from neighbourly disputes over noise complaints, to sorting out issues at school before they escalate.

“So what do we actually do? We are referees. We basically attempt to keep the peace,” Nick said.

“With neighbourly disputes such as noise complaints, the Response Team will issue Fixed Penalty Notices. But if that isn’t a solution, rather than having it escalate further, and animosity building in the block, we speak to the community or individual and mediate between the two. They may never be friends or on each other’s Christmas card list, but we aim to find a workable solution.”

As for the positives in the police, Nick loves the team work.

“I’ve played team sports since the age of eight, so for me it’s extremely familiar to be in an environment where everyone works for a common goal. And if someone’s struggling you help them and, if you’re struggling, you get help. And it’s all for one purpose which is proving a service to our community. I think that’s the best part of being a police officer.”

Regarding the negatives of being a police officer in Gibraltar, Nick said the IT facilities could be improved.
But one of his biggest issues is how people don’t like to be told they are in the wrong.

When stopping motorists from driving whilst using a mobile, he said: “You’ll often hear ‘I was only calling my wife’ or ‘I was arranging a pick up for my child,’ but that’s education, it’s nothing else.”

When asked to recall a proud moment as a police officer, Nick recalled a domestic incident he was sent to where the family’s daughter had mental health issues. 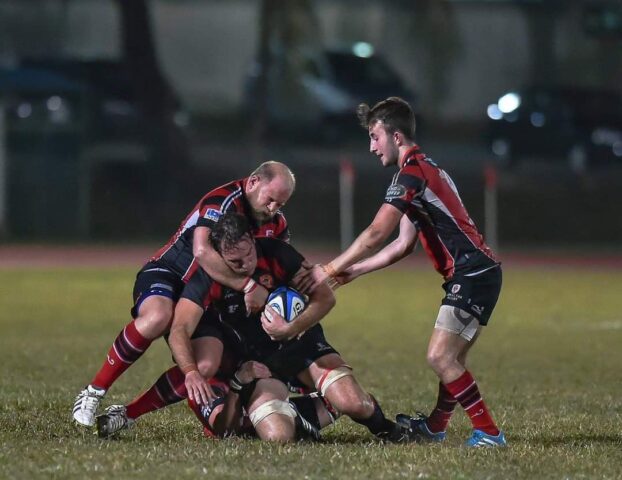 He explained: “There was a fear that she might self-harm. We located her and waited with her in the hospital for five hours until she got the help she needed. We then spoke to the family to make sure they were okay. They appreciated us going the extra mile and getting them help and they told us that the next day. Ninety per cent of people will never formally thank you for doing anything, so when someone does thank you helping them, you feel proud.”

However, Nick also points out that the job does scare him sometimes. He recalled attending a residence last year to arrest a local male following a complaint. On arrival, the man attacked his colleague. Nick then had to draw his incapacitant spray after the man’s family arrived and became aggressive towards him. After putting the man in handcuffs, Nick found he had a large kitchen knife on him.

He said: “It just shows how dangerous the job can be.”

But despite a few scares, Nick adds that he has recommended becoming a police officer to several friends.

He said: “It’s extremely rewarding on a personal level. People who love team sports like me will see similarities in the police. If you are used to mucking in and getting on with it, it’s definitely more about the ‘we’ not the ‘I’. The job is about making something better and I think it’s really positive.”

As for what Nick would change about the police if he could, he replied: “Public perception and the way people see us. We are just people at the end of the day. We have all got families, we’ve all got hearts, we do have compassion. People I’ve worked with try to provide the best service they can. I don’t believe anyone joins thepolice for self-serving purposes, it’s the most idiotic thing in the world to do. It’s not a job where you can go into it thinking about how it can affect “me,” because it’s not a job that’s going to reward that. Ultimately, we are there to serve the community.

“I want people to see that we are not scary, we are approachable. I love seeing young children wave at us. I don’t so much like teenagers running away from us and we don’t like to get sworn at either. But we are people. We don’t target anyone, we target behaviour. And we want to improve Gibraltar for everyone here, not just for one section of society.”