The Gibraltar Pool Association held their last event of the GPA 9-ball season. This event was held on 19thNovember at the Europa Sports Complex. The tournament was again sponsored by Instructor Vinny, Gibraltar’s leading driving school. The tournament got under way with 15 participants, fewer than most events but being the last one in the league structure it was expected. The first round saw a very close encounter with Jotham Olivero prevailing as winner in a 4-3 battle with Paul McInnes. Ivan Viñales the tournament sponsor managed to win 4-2 against Julian Barea. The ever-present Michael Vasquez secured a 4-0 whitewash over Grant Black. Charlie Bear got the better of Gerry Brunt winning 4-2. Aidan Borg also played out of his skin to beat Andrew Olivero 4 -1, Andrew struggling with a shoulder injury, and it noticed. John Skellet got the better of Anaika Buhagiar our only female that is ever present battling it out with the Men. John prevailed 4-1 victorious.
In the second round the ever present and future of pool in Gibraltar young Byron McGrail beat Ivan Viñales 4-2 securing a spot in the semi-final. Jotham Olivero also beat Charlie Bear 4-2. John Skellett on the other hand had a tough affair with another of our youngsters Aidan Borg securing the win 4-3.
The semi-finals lined up John Skellett against Byron McGrail and Michael Vasquez against Jotham Olivero. In the first match Michael and Jotham showed their class and was thrilling match to watch, Jotham eventually prevailing 5-3. The other Semi-Final saw young Byron McGrail prevailing with a 5-3 victory over John Skellett.
The final saw Jotham Olivero taking the victory and the Vinny Pass Cup with a 5-1 win over young Byron McGrail. Byron did not do much wrong in this match and the score did not do justice on the performance. Full credit to Jotham who was unstoppable during the day. Jotham made all the pressure shots when needed and that secured him the win. 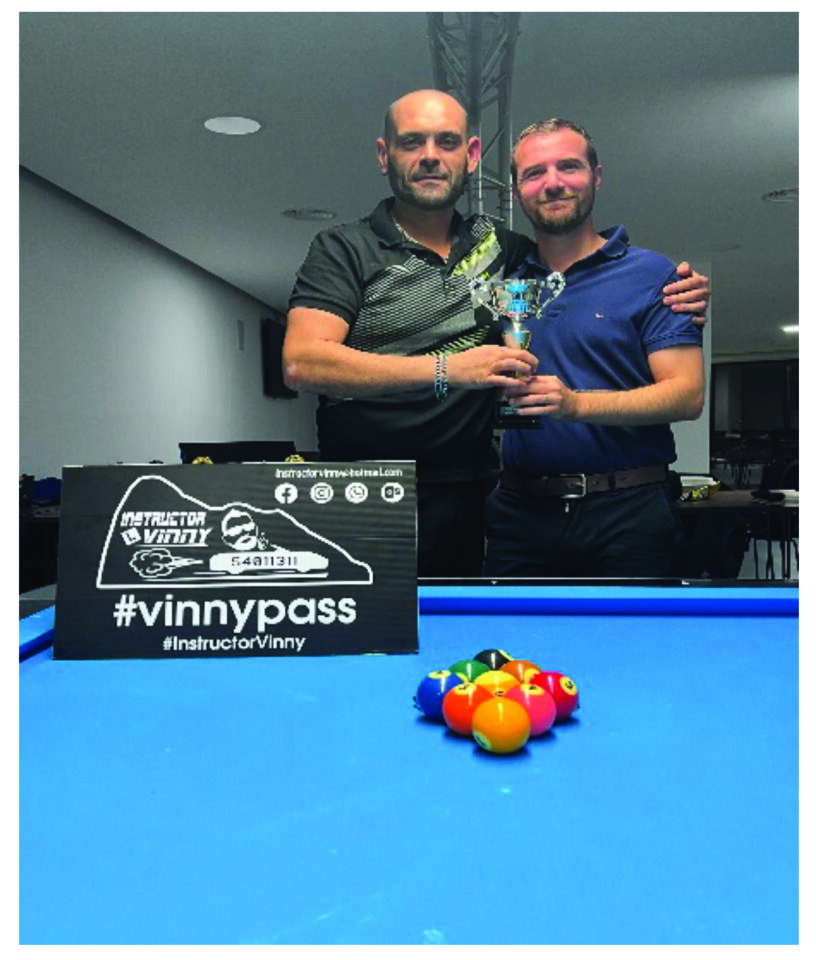 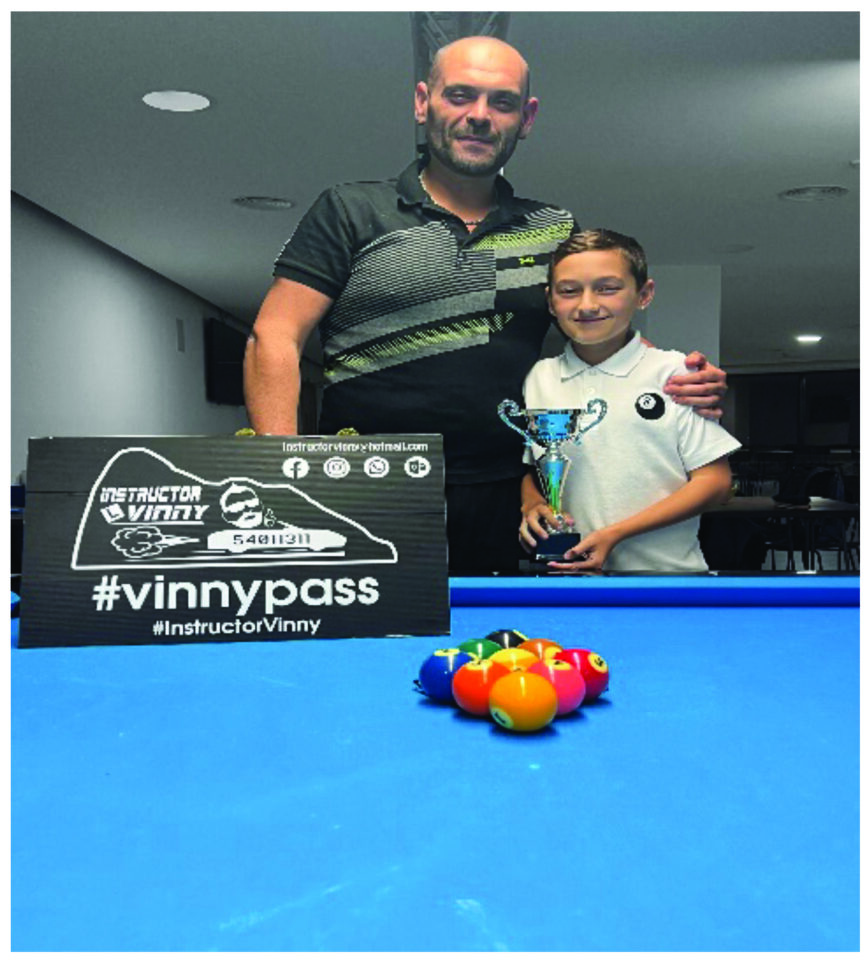