Gibraltar Head Coach Julio Ribas has announced his squad to travel to Slovenia and Andorra for Gibraltar’s upcoming international friendlies.
The squad will be travelling without Lee Casciaro, Liam Walkers and Jayce Olivero. Other players missing are both Anthony Hernandez and Andrew Hernandez, Erin Barnett, Ethan Jolley.
Notably only two players from Europa Fc, Mohammed Badr and newcomer Douah are present within the 24 man squad.
Kieron Garcia who plays for Manchester 62 is among one of the surprise call ups along with Bilal Bouah and Ayoun El Hmidi.
Prior to the squad announcement Bilal Bouah told the Gibraltar FA official website that “It means everything to me, its great. It’s great to play for and represent this country, I’m looking forward to hopefully getting my chance.”
Kieron Garcia in another interview on the same site also stated “Just like everyone else I’ve sacrificed a lot and worked hard to be here so its hard to put it into words. It’s what we all dream about growing up as a kid, especially since we got into UEFA. You know you want to play against the top top players and the top nations so if I was picked it would be a dream come true.”
Asked How proud he would you be playing for Gibraltar he said “Proud would be an understatement. Just being able to put on this shirt is an honour.” 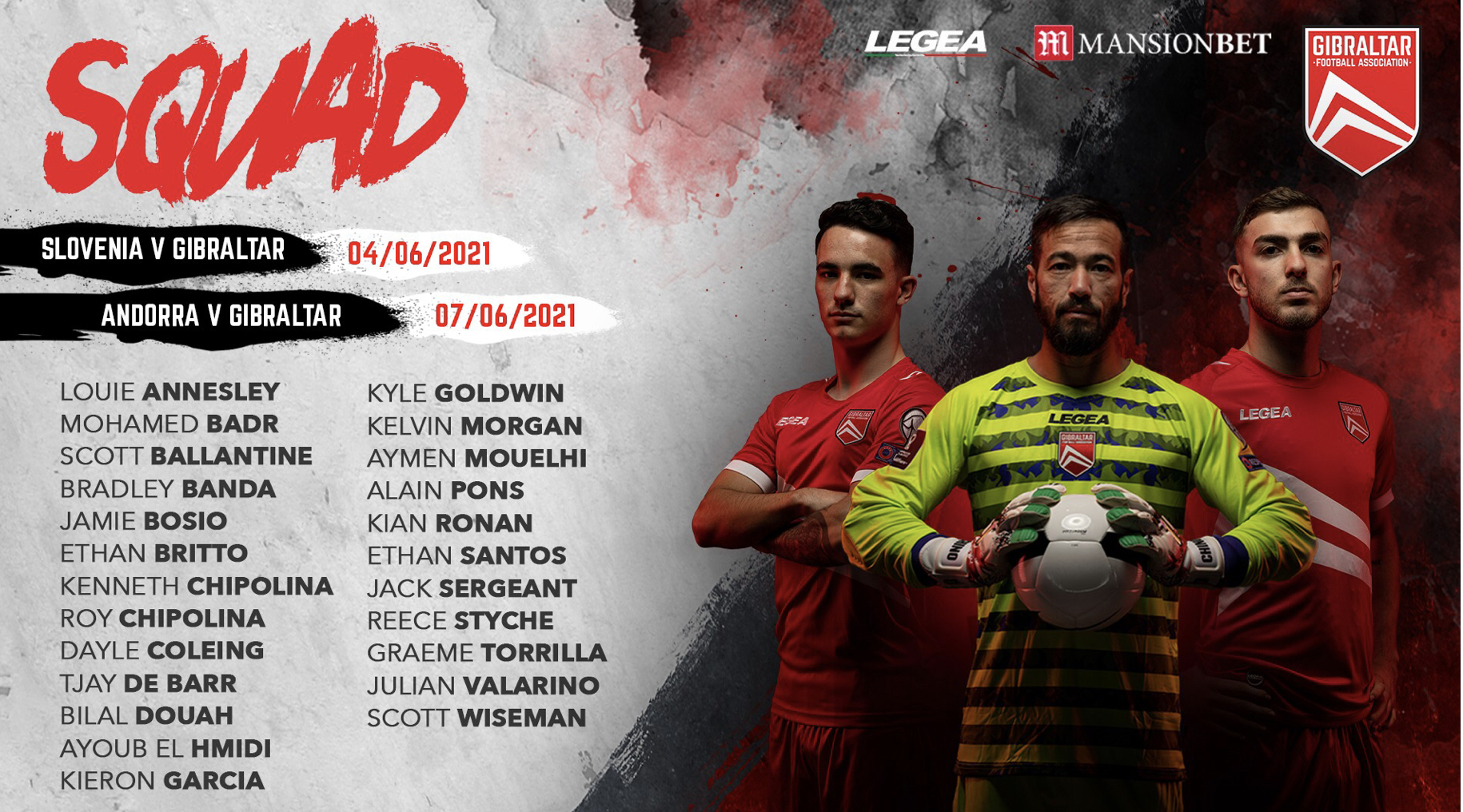